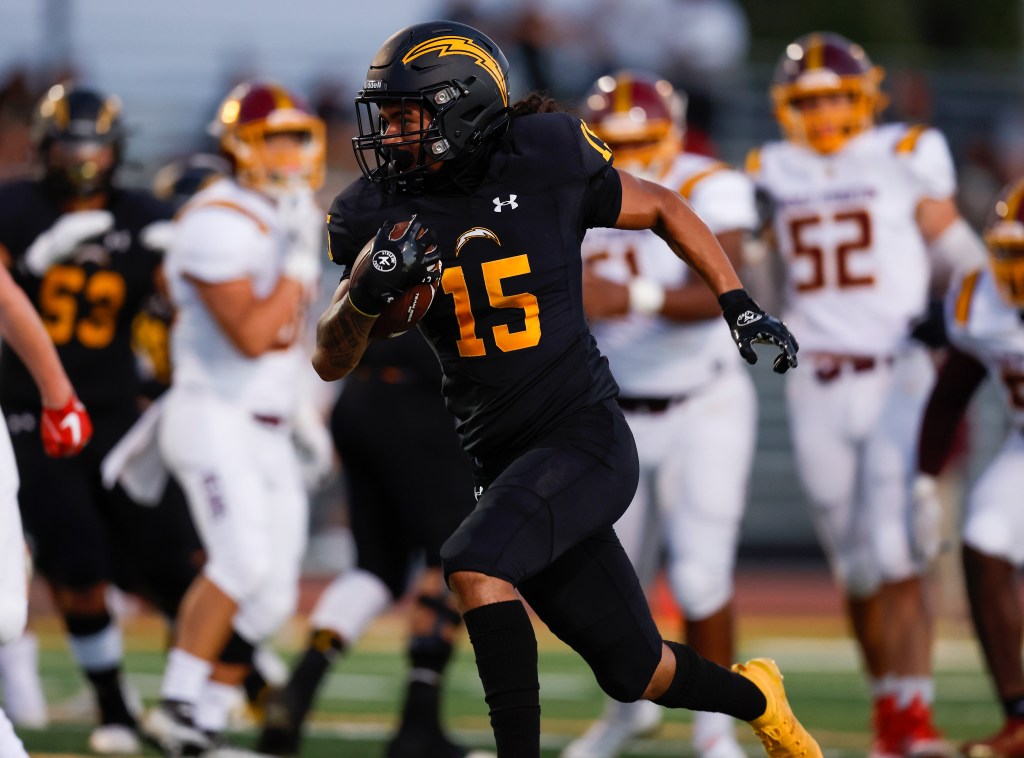 SANTA CLARA — Wilcox’s Ty Jeter joined a host of his teammates to stop Menlo-Atherton on a two-point conversion with four minutes to go in the fourth quarter. The stop preserved a 21-20 Wilcox lead and eventual win, with the game defined by big plays, penalties, a crushing ground game, and of course, coach Chris Saunders’ decision to go for two after Jurrion Dickey caught a 35-yard touchdown late in the fourth quarter.

After the stop, Wilcox ran the ball and the time off the clock as the home team came away with a victory on Paul Rosa’s birthday. The team was led in rushing by Elijah Walker, a star halfback who had 192 yards and a touchdown on 29 carries. Andrew Palacios also ran for 65 and a score.

Meanwhile, Bear receiver Jurrion Dickey overcame a constant double-team to catch five passes for 90 yards and a touchdown, and Menlo-Atherton’s halfback Sherrod Smith gashed the Chargers for 128 yards on 12 carries. he also ran for a touchdown.

This story will be updated.