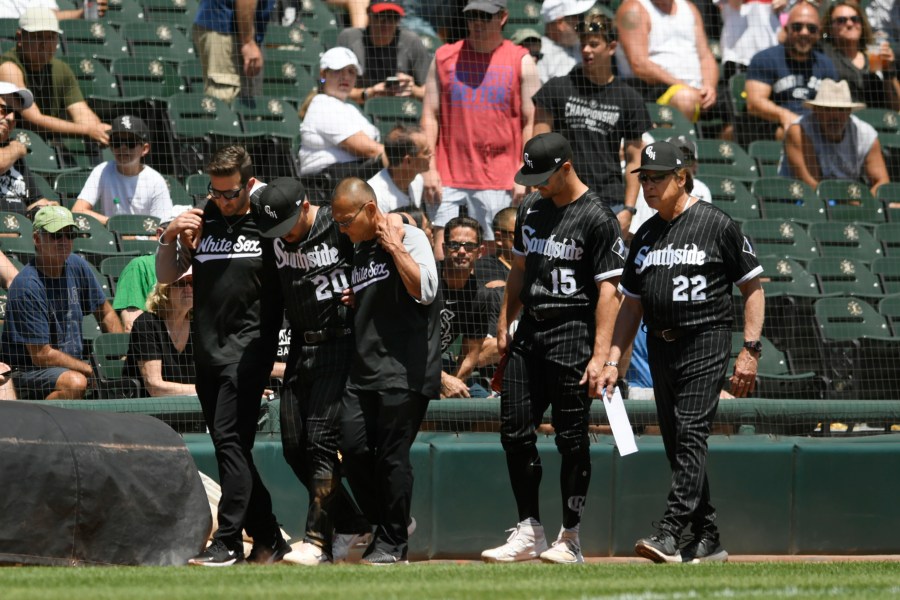 CHICAGO – With a number of injuries in the lineup over the past three months, he was one of those players who was doing his part to fill in for those who were out.

Now Danny Mendick is the one who is going to the injured list, and his stay is going to be for a while.

On Thursday, the White Sox announced that the infielder suffered a torn ACL in his right knee in a collision with outfielder Adam Haseley on Wednesday in the team’s loss to the Blue Jays. While the team didn’t state it in their release, only saying he’s on the 10-day IL, Mendick is likely to miss the rest of the 2022 season.

A 22nd round pick of the White Sox in 2015, Mendick has established himself as a dependable utility infielder at times over the last four years. Bouncing between Triple-A Charlotte and the big league club, the infielder was enjoying a strong season as he was hitting .289/.343/.443 with four doubles, three homers, and 15 RBI.

Before getting hurt, Mendick had gotten a hit in 12 of his last 13 games and even got a single on Wednesday before suffering the injury going for a fly ball in foul territory in the second inning at Guaranteed Rate Field.

Mendick was also versatile in the field as he played second base, shortstop, third base, and even one game in left field for the White Sox this season.

He was joined on the IL by outfielder Adam Engel, who goes on the list after suffering a strained right hamstring. Gavin Sheets was called up from Triple-A Charlotte along with infielder Lenyn Sosa from Double-A Birmingham as he makes his debut in the majors.

Eloy Jimenez was officially transferred to the 60-day IL, which allows the White Sox to call him up as early as Thursday’s series opener with the Orioles at Guaranteed Rate Field.