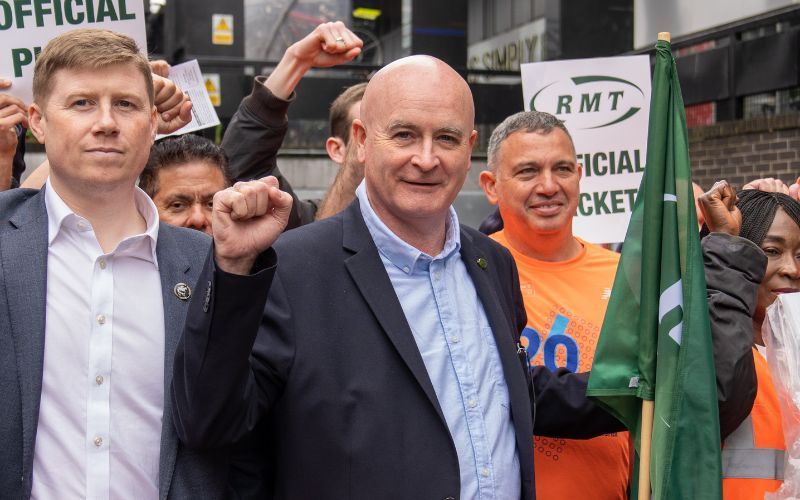 Lynch, the Secretary-General of the National Union of Rail, Maritime and Transport Workers (RMT), has given a series of viral interviews since the first day of the strikes in the UK on Tuesday.

Lynch appeared on ITV political discussion program “Peston” on Wednesday evening, where he revealed that James Connolly was his political hero.

“Do you know who James Connolly is?” Lynch said, before continuing, “He was an Irish socialist republican and he educated himself and started non-sectarian trade unionism in Ireland. And he was a hero of the Irish revolution.”

Since May 2021, Lynch has served as RMT Secretary-General and is now being lauded for his performances in interviews and debates on a wide number of UK political talk shows, with viewers praising him for making journalists “look stupid.”

Lynch and the RMT rail union argue that the ongoing rail strike is necessary to ensure that wages keep pace with rates of inflation in the UK, which have recently hit a 40-year high and are on course to keep rising.

Last-ditch efforts to prevent a strike failed, prompting more than 50,000 RMT workers to go on strike on Tuesday, Thursday, and Saturday this week.

Only about 20% of services are running during the walkouts, while half of all lines are closed entirely. Those lines that are opening are running at a reduced capacity.

Lynch has described below-inflation pay offers made by operators of overground trains and the London Underground as “unacceptable”.