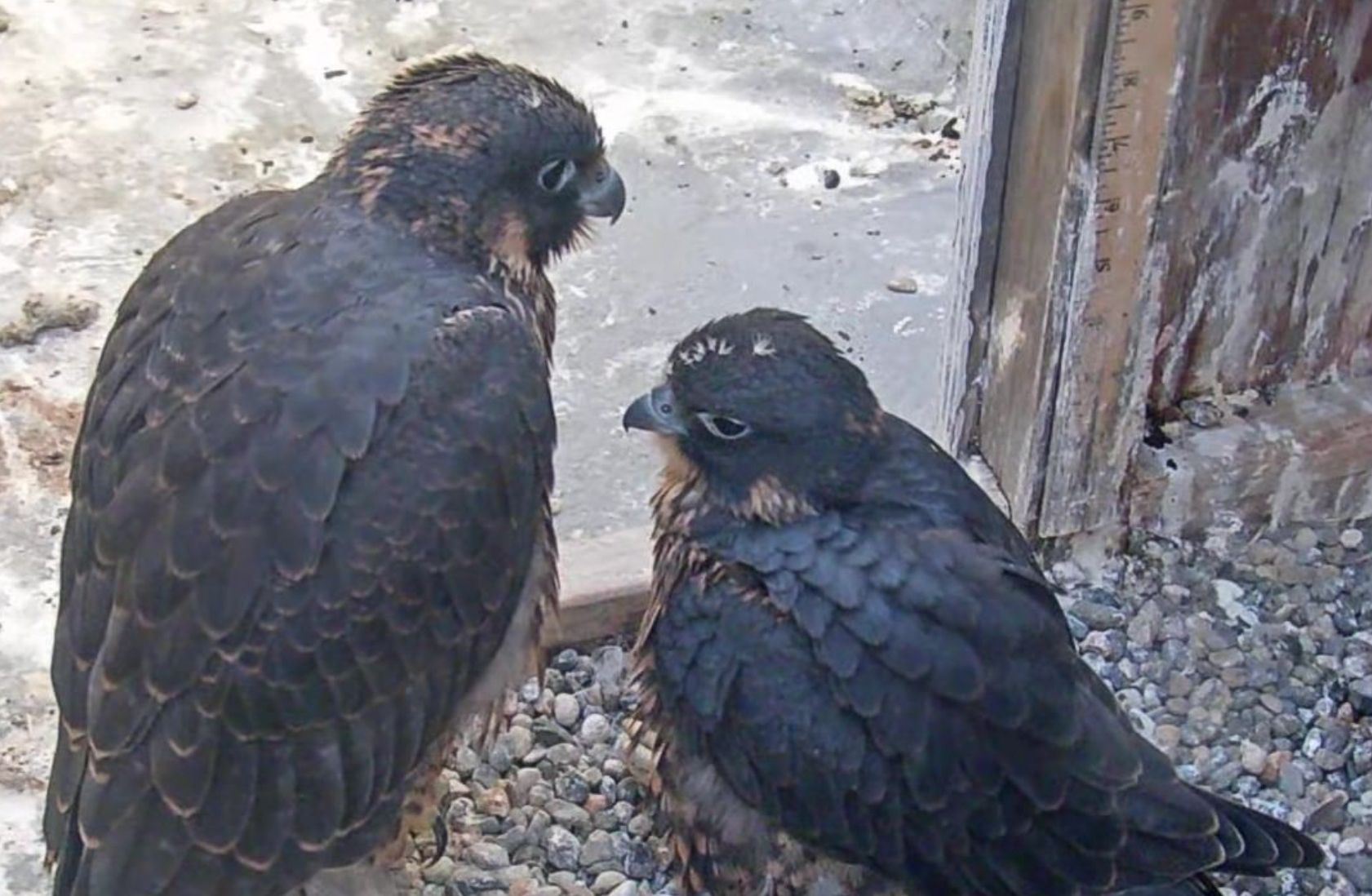 In just seven weeks’ time, the two little fluffy peregrine falcon chicks in the UC Berkeley Campanile nest have become fully fledged juveniles — and over the last weekend, they both took their first flights.

Their names are Lindsay and Grinnell Jr., and the two offspring of Annie and the late Grinnell are looking more like adults every day. They’re still being looked after by Annie and new mate Alden, but not for long!

As Berkeleyside reports, while males typically will take flight earlier than females, Lindsay beat her brother to the flight game by about 12 hours on Saturday. (She may also be a day or so older? It’s not clear which of the chicks hatched first back in early May.)

The two siblings got their names by popular vote a few weeks back — Grinnell Jr. named, obviously, for his dad and the sire of seven broods of chicks in this nest before his untimely demise in March; and Lindsay named for the wildlife hospital, Lindsay Wildlife Experience, that nursed Grinnell Sr. back to health last fall after a run-in with some other falcons left him injured.

And my how they’ve grown! Here they were just about 35 days ago:

And here they are a week ago:

Below is video from Tuesday morning of Lindsay coming in for a not-too-smooth landing on the railing of the Campanile, after being out on a flight.

And here is a photo by moon_rabbit_rising of Grinnell Jr. taking off for the first time.