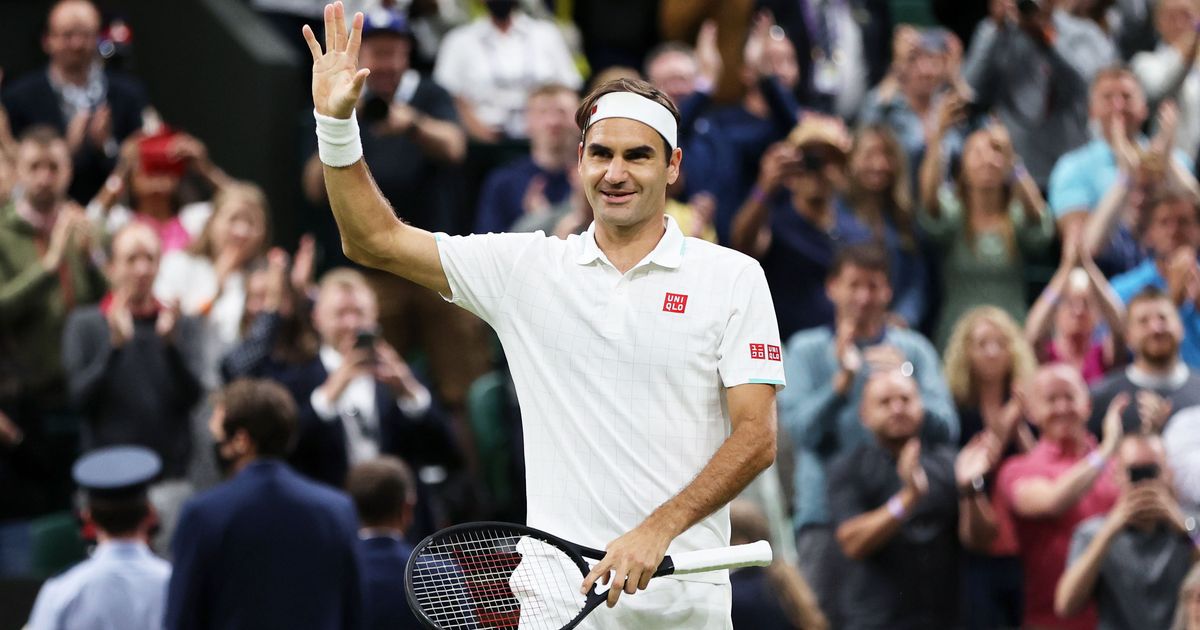 Thanks for the memories, Rog.
Photo: Clive Brunskill/Getty Images

Earlier this year, months before Roger Federer announced his retirement, the writer and noted tennis enthusiast Geoff Dyer published his 18th book, The Last Days of Roger Federer. It is not, as the title suggests, a chronicle of late-stage Federer, a period during which the Swiss alternately defied and succumbed to the dictates of athletic old age by adding three majors to his total haul after a five-year slump, then prematurely ending his 2021 season to undergo a third operation on his timeworn knee. Federer appears in Dyer’s book, but as set dressing for longer disquisitions on endings more generally, on the late-career output of fellow luminaries like Nietzsche and Beethoven, Bob Dylan and Jack Kerouac, the poets Louise Glück and Philip Larkin. Characteristically, Dyer contemplates his own senescence too, defining retirement “as the phase of life in which I will do nothing but watch tennis.”

That Dyer situates Federer, who will play his final match at the Laver Cup in London this weekend, alongside these titans of the arts is instructive. Federer is an athlete, of course. Now 41 years old, the question of his retirement, forecasted since his earliest signs of fallibility, has been a matter of corporal rather than cognitive or creative endurance, as it is for anyone whose primary instrument is their body. But watching Federer play tennis is to understand him, as has often been remarked, as a kind of artist: So graceful was he in motion, so liquid and painterly were his strokes, that he seemed impervious to the slow march of time. No one is, of course, but one of the central appeals of Federer’s game was the way he seemed to manipulate time — he usually appeared to have plenty of it, while his opponents almost never had enough.

Going forward, Federer and his two great rivals, Rafael Nadal and Novak Djokovic, will be the yardstick by which every budding tennis prodigy is measured. Unlike Nadal, the sport’s consummate competitor, and Djokovic, its steely and acrobatic workhorse, Federer’s kind of talent appears fundamentally irreplaceable. If he commands more glory than them (even as they eclipse the records he first set), this is due in part to his charming and elegant ambassadorship of the sport, but mostly to the actual manner in which he played it, which has often been labeled “effortless” but might better be called creative, or instinctive, or joyful.

Like Peter Parker when he first realizes he can shoot tensile webs from his hands, Federer delighted in his abilities, just as we did, cracking a wry, knowing smile as one ridiculous, off-balance backhand flew just beyond an opponent’s reach. He was economical with his gifts, and oftentimes didn’t need to deploy them all. Against basically anyone but Nadal and Djokovic, his superior serve and forehand were enough to take control of points and never let go. But his arsenal was impossibly vast, a bridge between two eras of the sport: one, preceding him, characterized by craft and finesse; the other, which he helped generate but also withstood, distinguished by power, physicality, and brute strength.

Most satisfying, from a spectator’s perspective, was the way Federer negotiated the two, often in the course of a single point. When behind in a rally, he might throw a slice backhand in there to reset things, always with some pace and spin. Knowing his opponent would have to get some lift on the next shot, he would use that extra half-second to float to his left, around his backhand, and lash a forehand instead, like a conductor whipping his baton. The essence of his game was its multiplicity, which manifested as variety and — visually — as style, allowing him to problem-solve his way out of matches he might otherwise have lost.

Federer has been especially compelling to writers, who have subjected his style of play to the same process of inquiry and transmutation one might a painting or piece of music. David Foster Wallace’s 2006 essay on Federer, which many regard as the finest piece of tennis journalism in recent memory, doubles as both a history of the sport’s evolution and a detailed audit of Federer’s role in it. To watch Federer, he concludes, is to witness “power and aggression made vulnerable to beauty.” But, though Foster Wallace tries, beauty cannot be shaved to its rudiments. “Beauty,” as D.H. Lawrence, the subject of a different Geoff Dyer book, said, “is not a fixed pattern or an arrangement of features. It is something felt, a glow or a communicated sense of fineness.”

This might explain why a distinct kind of mournfulness has accompanied the news of Federer’s retirement, delivered in a typed letter quietly posted to his Instagram page last week. Serena Williams, born just one month after Federer, can survey the current landscape of women’s tennis and see her imprint everywhere, in the open-stance groundstrokes she and Venus helped popularize or the promising cohort of young athletes of color who, before watching the Williamses on television, might not have chosen to pursue a career in professional tennis, or even felt they had license to. Accordingly, the U.S. Open, where Serena got to play four more matches in front of a rambunctious and adoring crowd, felt more like a celebration than a farewell.

Federer, though, has no conceivable imitators. So obviously innate is his talent, so rare the sense of pride and pleasure with which he’s exercised it (in both victory and defeat), that he actively resists comparison, if not inspiration. Players will study his forehand, as the young Carlos Alcaraz evidently has, and many others will hopefully model his tact and warmth. But no one, I’m sure, will make it look as artful — or as fun.

Daily news about the politics, business, and technology shaping our world.

By submitting your email, you agree to our Terms and Privacy Notice and to receive email correspondence from us.