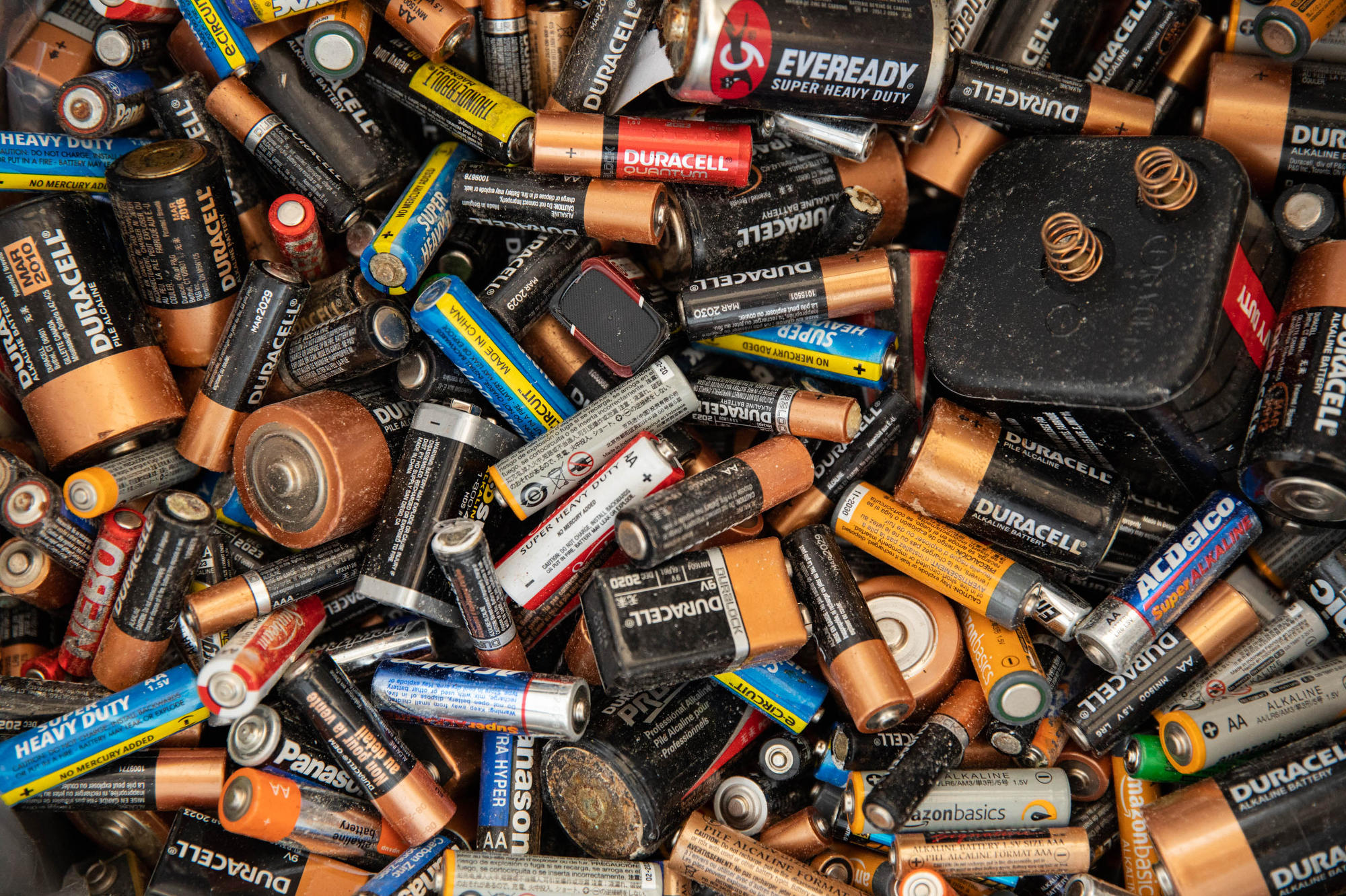 But many people don’t know how, or don’t have the resources, to dispose of batteries correctly. People involved in King County recycling and hazardous waste management as well as environmental advocates worry that the existing county and state systems and voluntary manufacturer take-back efforts just can’t keep up with demand in a safe way. Consumers need more help to dispose of their batteries safely, cheaply and equitably.

“We’re making all these really amazing strides to help us and to improve our environment. And we’re now realizing that those strides have some consequences, such as we really don’t have a system set up to handle all these battery-containing products that we are now creating,” said Tristen Gardner, who works on battery policy for the county.

A big boost in battery use — and potential harm

King County collects hazardous waste from at least 2.1 million residents and 60,000 businesses across 38 cities, unincorporated areas and two tribal nations, and has collected batteries for at least 15 years. In 2019, the Hazardous Waste Management Program collected 90,000 pounds of batteries from households and 4,000 pounds from businesses. Household batteries make up nearly 18% of King County’s hazardous waste collection.

Gardner said about 200,000 pounds of batteries were properly disposed of in 2020. It’s tough to say how many batteries are used in King County, which would give a better idea of proper disposal rates.

The county estimates 914,000 pounds of household single-use and rechargeable batteries were sent to Cedar Hills Regional Landfill in 2019 — about three times as much as in 2011, when 296,000 tons were sent there.

At the state level, the Department of Ecology reports that between 2016 and 2021, hazardous waste facilities working with households and small businesses collected 31% more batteries. “The amount of batteries in the waste stream is too small to detect any trends. But we know the use of batteries in consumer goods is growing exponentially,” said Ecology’s Dave Bennett.

That increase puts battery management “close to the top” of concerns for people thinking about recycling and product stewardship, said Adrian Tan, policy and market development manager for the King County Solid Waste Division. Based on what his colleagues see at landfills, people aren’t disposing of batteries well.

A big reason for concern is that batteries can start fires at waste transfer stations, in landfills or even in the backs of trucks, putting employees at risk and requiring taxpayer funds to clean up, Tan said. As batteries jostle and get compacted, they can explode and ignite — especially those rechargeable batteries that aren’t supposed to go in the trash or curbside recycling bins.

Ecology doesn’t track fire incident data at transfer stations, trucks or waste facilities, but at least eight recent Washington fires were likely caused by batteries. An EPA study published in July 2021 mentions a few: In April 2018, a hoverboard battery in the back of a Bellevue-area garbage truck ignited in transit, prompting the driver to dump the whole load in the middle of the street. A 2018 lithium-ion-linked fire at Simon Metals in Tacoma led to around $100,000 in damage and required seven firetrucks to manage. Just this month, a fire broke out at a Seattle-area transfer station that is still under investigation but was linked to batteries, Gardner said. For their part, the county has purchased FireRover infrared monitoring systems to identify battery fires in facilities.

Battery chemicals could also damage the environment. Landfills are concerned about the leakage of corrosive, toxic materials into waterways where salmon swim, for example.

To correctly dispose of a battery in King County, people have a few options — all requiring time, cost and effort. And the process is complex, because different batteries require different disposal methods.

Tan points to the Seattle-based waste collection company Ridwell. “We’re seeing programs like Ridwell, which is a private company, [serving people who] pay to get additional materials collected, and people are willing to do that. This, of course, isn’t accessible for everyone. It’s expensive… but I think it goes to show that people want to do the right thing… but we’re not able to provide the services to the level that the residents would like to see.”