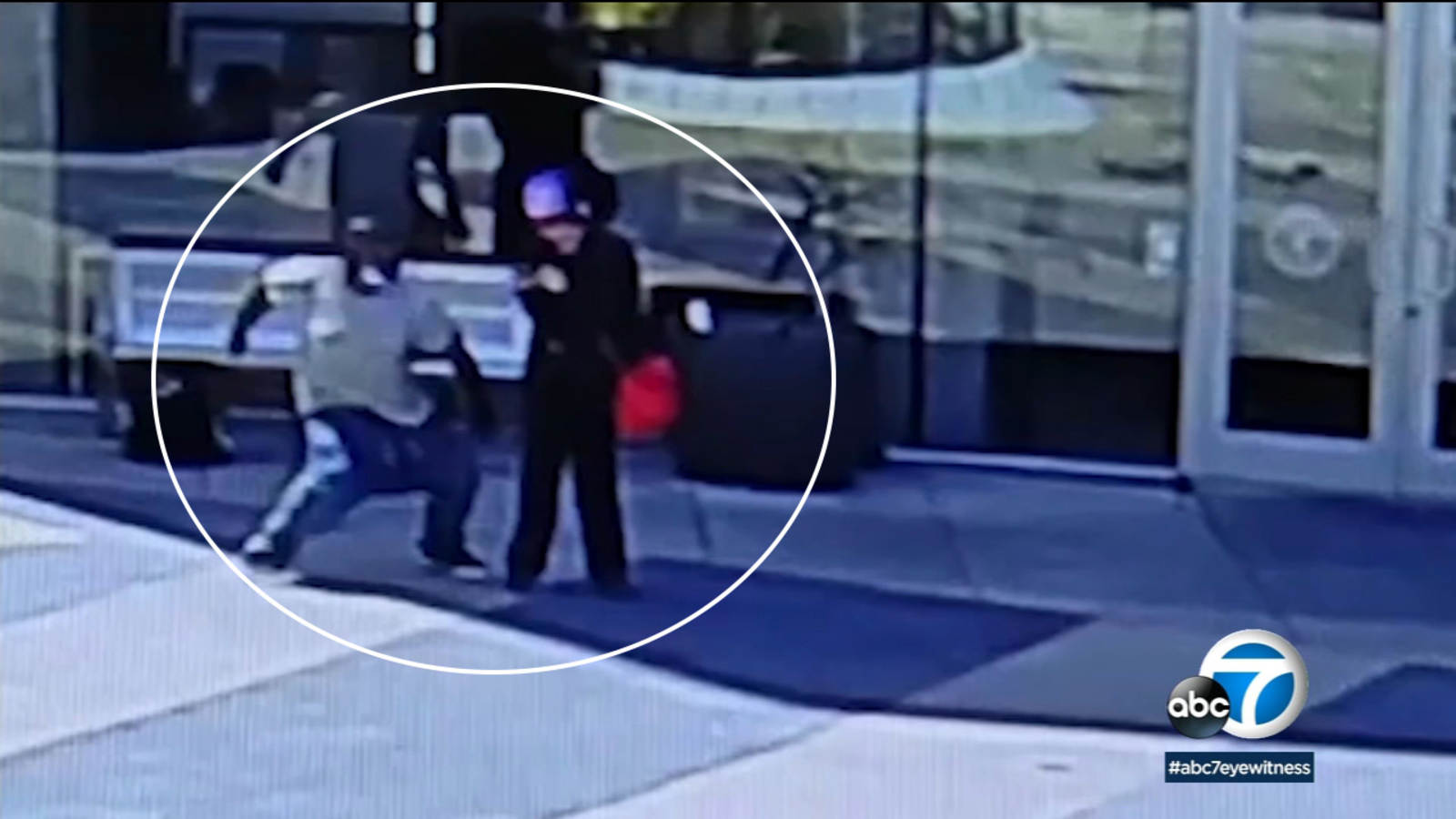 KOREATOWN, LOS ANGELES (KABC) — A man is speaking out after being suddenly and violently attacked in broad daylight near a busy intersection in Koreatown during an incident that was captured on shocking surveillance video.

Also caught on camera: the bizarre thing the assailant did after.

The victim, who asked not to be identified publicly by name, said the attack was unprovoked.

In an interview with ABC7, he said the suspect simply walked up to him and sucker-punched him without warning.

The attack happened at 1:45 p.m. Tuesday near Wilshire Boulevard and Vermont Avenue, outside of a Metro subway station.

The victim said he was sitting next to a man he described as “husky” when he noticed he was acting strange.

“I didn’t think too much of it, I just wanted to be in the shade,” the victim said. “There were several eyewitnesses, but I don’t remember what happened — when it occurred — when the man attacked me, I completely blacked out. It wasn’t until I saw the security footage, that man came up to me quietly and knocked me down to the ground, which caused a big contusion on my head.”

Moments after the attack, the video shows a bystander confronting the suspect.

What happens next is puzzling.

The suspect ends up helping the victim get back up.

The victim was taken to an emergency room to be examined and was interviewed by police.

The Los Angeles Police Department confirmed an investigation is underway. However, no determination has yet been made whether the incident constituted a hate crime.

The victim, an Asian man who is a Navy veteran, said Wednesday that he was still dealing with a sore nose and headaches.

He said he didn’t know why the man punched him.

“I always thought I was aware of my surroundings,” the victim said. “I notice people’s posture, but at that time, it was just so unbelievable. I didn’t think that I would be attacked with a cowardly punch, with no warning or anything.”

As seen in the video, the suspect is visibly a large man, and police are still looking for him.