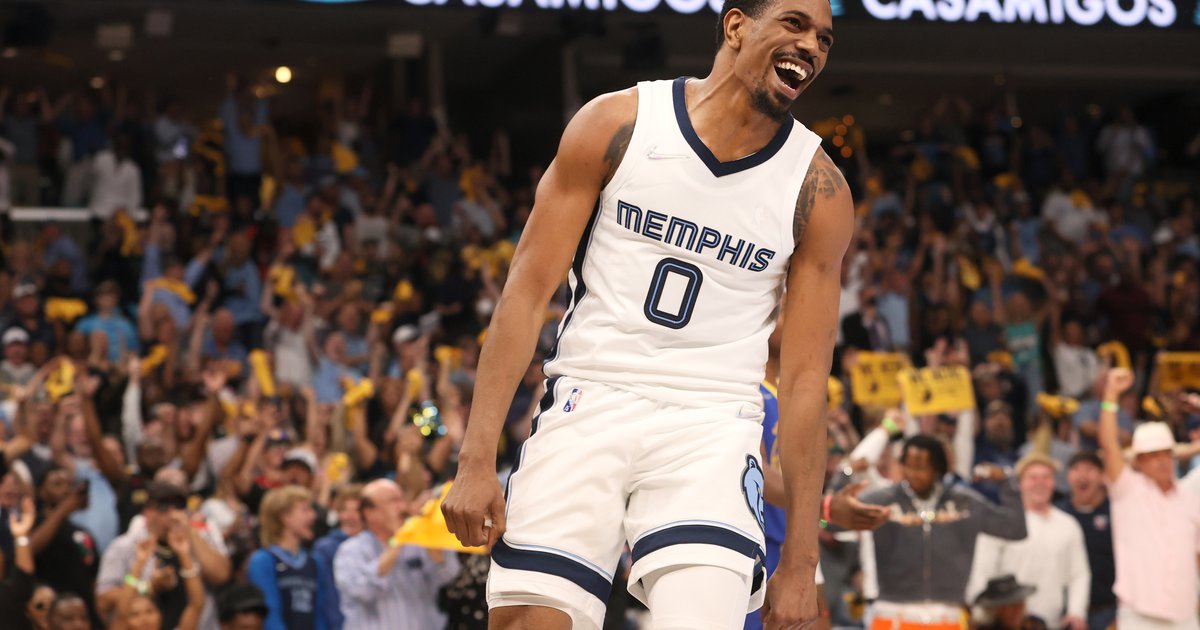 The Sixers are acquiring Grizzlies guard De’Anthony Melton in exchange for the rights to the 23rd pick in the draft and veteran wing Danny Green, a source told PhillyVoice on Thursday evening.

After a lot of jokes during the week about trying to reassmble the 2018 Rockets, Daryl Morey went and got another guy who was (briefly) within the Rockets’ organization. The Rockets selected him with the 46th pick in the 2018 Draft, suited up for Houston in Summer League, and then was moved along with Ryan Anderson in a deal that brought back Brandon Knight and Marquesse Chriss. After a year in Phoenix, Melton packed his bags again and made his way to Memphis, where he has spent the past three years as part of the youth movement that has pushed the Grizzlies into the national consciousness.

Before we get to him as a player, it should be said — moving a guy who can’t play this year and the 23rd pick in an okay-ish class for a real contributor is a great move. Melton is on a team-friendly contract for each of the next two seasons, moving down to just $8 million in the final year of the deal next year, and he will almost certainly help them right here, right now.

Deployed primarily as a sixth man, Melton doesn’t fit the mold of the instant offense guy off of the bench. The big question for Melton leaving college was whether his shot would ever be reliable enough for him to make a living as a guard, because he has been an across-the-board producer everywhere else. He’s an active, helpful defender, a guy who gets his hands on balls and creates turnovers to get his teams running.

The last two seasons have represented a significant step forward for Melton in that department, and it has helped that they have a number of other creators to allow Melton to focus on off-ball shooting. Melton canned 40.6 percent of his 3.6 catch-and-shoot attempts per game in 2021-22, an excellent number that’s actually below what he managed on the same shot type a season prior. He looks like a reliable bet to capitalize on the open looks generated by a combination of James Harden, Joel Embiid, and to a lesser extent Tyrese Maxey, and that in and of itself is tantalizing.

The key with Melton is versatility. He can initiate some offense for himself and others, but he’s not completely reliant on having the ball in his hands. He’s useful in transition and halfcourt situations. He can knock down threes, and he has enough juice off-the-dribble to get by a closeout and make something happen. While he may not be the exact sort of big, tough wing people have been clamoring for, he is simply a good basketball player who will help just about any team he’s on.

To slow the hype train down a bit, Melton has good length but he’s not especially big: his combine numbers from years ago are not necessarily gospel now, but Melton measured in at 6’2″ with a 6’8″ wingspan. On a team with lots of size, at the other spots, it’s not a particularly big concern. But Melton joins a team with Maxey in the backcourt, and an apathetic defender in Harden at the heart of the lineup. Melton combines well with either of those guys individually, but it might be a stretch to ask them to play all three guards at the same time. He can hold up against wing-sized guys on switches, but that might not be a smart bet as a full-time proposition.

(On the flipside, having Melton next to guys like Maxey and Harden means none of the Sixers’ three main perimeter ballhandlers should have to be on the floor without another guy who can help with the creative lifting. Whether it’s Maxey and Melton, Harden and Melton, or the tried and true combination of Harden and Maxey, you can put together a lot of lineups with multiple ballhandlers, and now they even have the luxury of toying with three-guard lineups, should Doc Rivers put his creative hat on.)

Of note for Philadelphia — trading for Melton has real implications for their other summer moves, at least until another shoe (or two, or three) drops. The difference between the cap commitment for the No. 23 pick ($2.5 million) and Melton ($8.25 million) doesn’t seem significant on its own, but it is a big deal insofar as it alters what they’d have to do to have to use the full, non-taxpayer MLE. If you were fired up about the possibility of bringing in PJ Tucker, and many of you were not, this move will force the Sixers to clear more cap space (in the ballpark of $11 million) in order to open up the space necessary to pay Tucker the $10 million a year he seemed to be after this summer. As we reported here earlier this week, the Sixers were not coming into this offseason process with a firm plan to use that MLE. Don’t completely rule it out, but there’s a lot of work left to be done if they want access to that tool.

There was a lot of consternation about a lack of creativity from the front office as various rumors floated around the league this week, but Melton is more in the profile of player that fans were hoping for. He’s still young at 24, he has been a positive contributor on a good team already, and they didn’t have to give up much to get him, keeping what little depth they have intact. Melton is a guy who can help right now, offers future value as either a rotation player or a trade piece, and you have a couple of years to see if he might be part of your long-term core, deploying him in different situations around the guys already in place.

Very little to complain about with this move. Heck, even Danny Green — a good guy and a good role player who had an unfortunate end to his run in Philadelphia — ends up a winner in this deal, getting a cool $10 million as he gets to work rehabbing to potentially play for another good team. Doubtful that there were many moves the Sixers could have made with an approval rating as high as this move gets.

This story is developing.