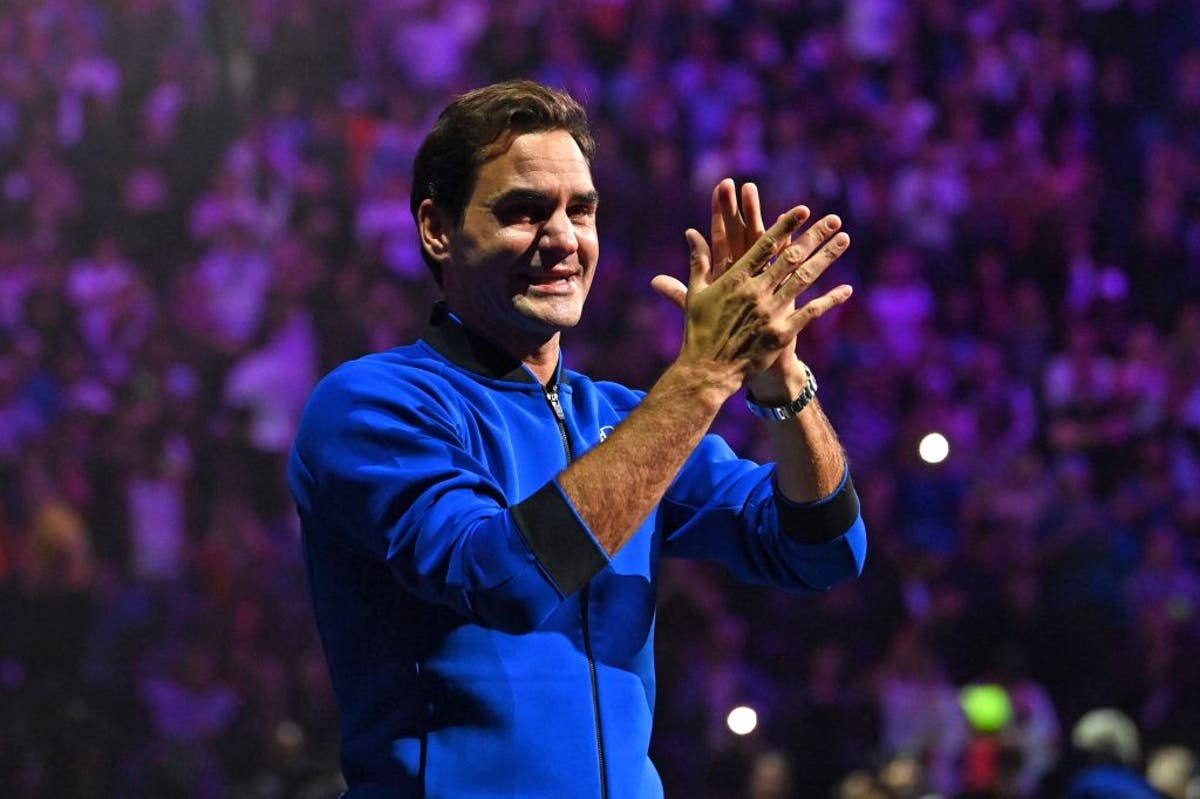 It was after midnight in London when the final point of Roger Federer’s career was played. That it meant his final match ended in a heartbreaking defeat, on a deciding tiebreak, did not seem to matter. Federer was in tears shortly afterwards, not due to the result, but because of the people he could share the moment with. Rafael Nadal was soon crying beside him. By the end, there was barely anyone who wasn’t.

For so many years, Federer had faced Nadal in the heat of battle, the intensity of their rivalry taking the sport to new heights. As he went out, he did so with Nadal beside him in an iconic final partnership. Nadal had warned that the departure of the most important figure in tennis history would be a difficult moment and as the lump in Federer’s throat blocked his words late into the night at the O2 Arena, so it proved.

Federer wanted to put on a show in the final match of his career and provided it with the sight of two of the sport’s great rivals together on the same side of the net. A thrilling contest with Frances Tiafoe and Jack Sock, who were representing Team World in the Laver Cup, did not finish with the result that many had hoped for ahead of Federer’s final goodbye, but a historic night for tennis still ended in celebration.

“It was exactly as I hoped for,” Federer said as he was joined by Nadal, Novak Djokovic and Andy Murray, the players who defined an era of tennis, as well as his family. It was the mention of the support of his wife, Mirka, and their four children that led to the outpouring of emotion. For more than two decades, he typified so much of what countless sportspeople and athletes have dedicated countless hours of their lives pursuing: greatness. The end was much more personal, much more human.

“The match was special, sure, but it’s really everything that happened after,” Federer said. “Looking around and seeing how everybody got emotional. That’s what I will remember: the faces I saw.” He smiled. “Rafa was one of them.”

Nadal was shaking on his opening serves and his first was a double fault as the finality of the occasion set in. “It has been a difficult day to handle every single thing, and at the end everything become super emotional,” he said. “For me, it has been huge honour to be a part of this amazing moment of the history of our sport. When Roger leaves the tour, an important part of my life is leaving too.”

Federer departs now from a sport in which he achieved what was close to perfection. In his final match, and first appearance on the court in over a year, he settled his expectations on being somewhat competitive. Across two sets and a thrilling deciding tiebreak, he and Nadal achieved much more. Federer stood with a match point and were a moment away from the perfect finish.

He will miss the little things, he admitted this week: putting his shoes on for the last time before going out on court, adjusting his bandana and the final look in the mirror. But one thing he will not miss in retirement is the long wait before a big match, and the knot in the stomach that follows him during the day. He was made to wait until after 10pm in London, after Andy Murray’s lengthy match delayed the inevitable, giving him another hour of the life he will soon leave behind.

Federer and Nadal had emerged as two and from the start took it in turns to strike from the net, working in tandem. In the opening game, Federer’s first touch of a competitive tennis ball since last July was a driven volley, and Nadal followed with his own punch. The pair pursued a short, quick game, narrowing the points and closing the court. There was, understandably, moments of rust, but Nadal looked to step in when Federer was at the baseline.

Federer kept it simple but he remained capable of the extraordinary, even if a passing winner that actually threaded through a tennis ball sized hole in the net may not have counted as a legal shot. Federer’s serve is still one of the best around. Its kicks and subtle spins deceived Sock and along with his quick hands at the net, it provided a solid enough platform for him and Nadal to build on.

With the opening set tight and few chances appearing on the return game, Federer jumped into action to put away a smash with Tiafoe and Sock threatening. Nadal then opened up the court wonderfully with an angled winner. Sensing the opportunity, Federer found his forehand as Europe broke to take the set.

Sock and Tiafoe were determined, gritty opponents to face and stood up to the task. They broke early in the second as Nadal pushed a forehand wide and Federer, stretching at the net, could not keep a ball in play. Tiafoe’s delightful touch and fade-away volleys edged the American pair ahead, as Federer and Nadal briefly got in each other’s way at the back of the court.

Nadal replied with a sliding backhand winner around the posts that Federer would have been proud of. The hold helped the pair settle again, and they were able to break the weapon of Tiafoe’s serve in the following game to level. Federer and Nadal fought hard for momentum that never quite arrived. Djokovic, sitting courtside, rose at the winners and clinical volleys, of which there were several, but it was Tiafoe and Sock who carried their threat into the second set tiebreak and played at a more consistent level.

In the decider, Federer and Nadal fired themselves into an early lead and the Swiss produced one of his finest moments. An ace and a swift volley, reading Sock’s pass down the line, moved the European team into a position in which Federer stood with the ball in hand, on match point.

John McEnroe had insisted his Team World side were not villains, but as Tiafoe forced Federer into the error net and then Sock passed him with the forehand winner down the line, the cruel twist was they had lived up to their role. In the final moments, though, no one seemed to mind. Federer, and the memories he leaves us with, will last much longer.