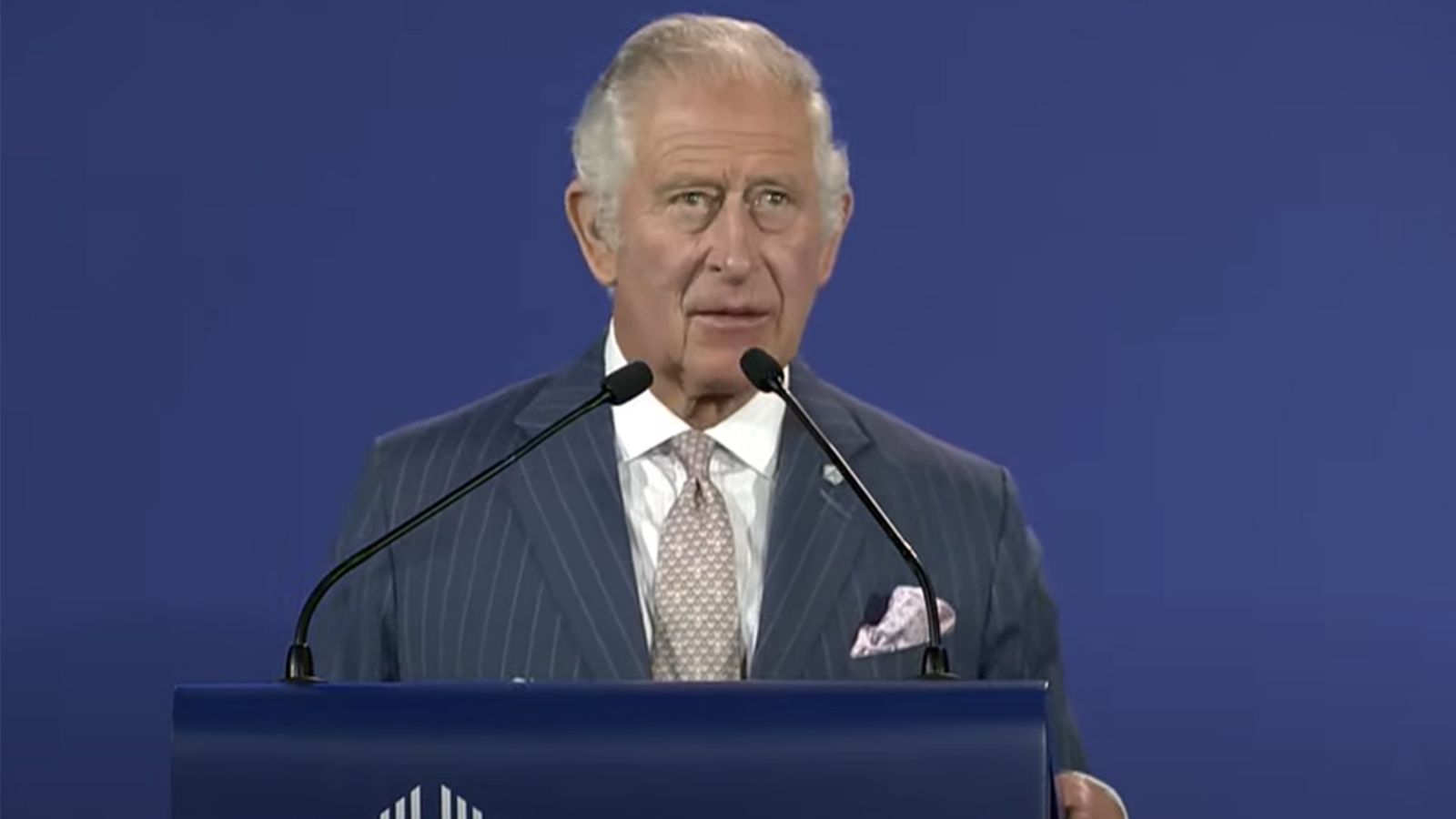 The Prince of Wales has expressed his “personal sorrow” about “slavery’s enduring impact” and addressed the contentious issue of other Commonwealth countries cutting ties with the Royal Family in a speech at the opening of the Commonwealth Heads of Government Meeting (CHOGM) in Rwanda.

At the formal ceremonial event in Kigali, which officially starts the leader-level CHOGM meetings, the prince called on Commonwealth leaders to join him in formally recognising the horrors of the slave trade and other difficult aspects of the colonial past.

He said: “To unlock the power of our common future, we must also acknowledge the wrongs which have shaped our past. Many of those wrongs belong to an earlier age with different, and in some ways lesser, values.”

The prince also told the event that he wants to acknowledge “that the roots of our contemporary association run deep into the most painful period of our history”.

He added: “I cannot describe the depths of my personal sorrow at the suffering of so many, as I continue to deepen my own understanding of slavery’s enduring impact.”

It comes after recent royal tours where members of the Royal Family have faced calls to apologise for the monarchy’s role in the slave trade.

Both Prince Charles and Prince William have previously expressed sorrow but stopped short of apologising – potentially to avoid wading into the debate about whether Caribbean countries should be paid reparations for what happened.

This latest speech directly to the leaders, including Prime Minister Boris Johnson, could be interpreted as the prince asking leaders to do more to settle that issue.

This is the first heads of government meeting that the Prince of Wales has attended since it was confirmed in 2018 that he will automatically follow the Queen as head of the Commonwealth, so it was striking that he used the platform to address the issue of other realms potentially cutting ties with the Royal Family.

He said: “The Commonwealth contains within it countries that have had constitutional relationships with my family, some that continue to do so, and increasingly those that have had none.

“I want to say clearly, as I have said before, that each member’s constitutional arrangement, as republic or monarchy, is purely a matter for each member country to decide. The benefit of long life brings me the experience that arrangements such as these can change, calmly and without rancour.”

Last November, Prince Charles visited Barbados on behalf of the Queen to witness the Caribbean island becoming a republic.

Speaking about that moment, he emphasised how important it is that all realms – even if their relationship with the monarchy changes – remain part of the Commonwealth family.

Slavery, race and the Royal Family

He said: “As I said in Barbados last November, we should never forget the things which do not change: the close and trusted partnership between Commonwealth members; our common values and shared goals; and, perhaps most importantly, the strong and enduring connections between the peoples of the Commonwealth which strengthen us all.”

In the past, the palace has often emphasised how the Royal Family see any decisions about the future of individual countries as solely resting with their people. Both the Queen and Prince Charles have made that point in previous speeches.

But the prince’s remarks in front of representatives from all 54 Commonwealth countries is undoubtedly a reaction to recent increasing debate in various realms that members of the Royal Family have witnessed themselves on overseas tours – most strikingly the calls for Jamaica to become a republic during the Duke and Duchess of Cambridge’s tour.

Read more:
Prince William suggests Commonwealth could be led by a non-royal one day
Barbados becomes a republic ending 400 years of the British royal family as head of state

Fifteen countries including the UK currently retain the Queen as head of state and are known as Commonwealth realms.

Later, Prime Minister Boris Johnson is due to have a cup of tea with Prince Charles.

Their “catch up” – and whether they will talk about the Rwanda immigration policy – has so far dominated many of the headlines around the summit.

Yesterday, the prime minister said he would talk to the prince about the government’s plans to deport asylum seekers to the country, after claims the prince has said privately that he is appalled by the idea.

But late yesterday, both No 10 and the palace suggested it is unlikely that they will discuss the Rwanda policy.

Instead, the three topics on the agenda are sustainability, youth and the history and values of the Commonwealth and Charles’s passion for it.