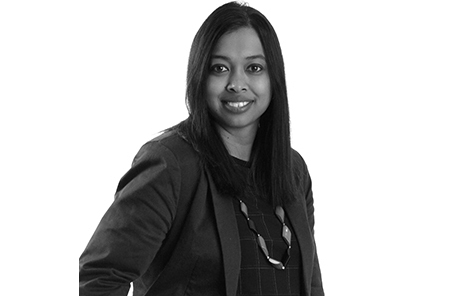 The AGSA has noted no improvement in the status of accountability, transparency, performance, and integrity in local government. Only 25% of municipalities were able to submit credible financial statements, despite local government spending R10.41-billion on salary costs for departments and R1.26-billion on finance consultants respectively.

It was further noted that 25 municipalities received disclaimer opinions, which accounts for 10% of municipalities. Disclaimer opinions means that the municipality could not provide the AGSA with evidence for most amounts and disclosures in its financial statement and therefore the AGSA could not express an opinion on the credibility of those financial statements, as well as determine what had been done with the funds the municipality had received for the year. It further indicates that there is no interest by leadership in those municipalities to drive accountability and transparency, and that residents living in those municipal areas are robbed of service delivery.

Concerns on the financial health of municipalities were also highlighted: 230 municipalities and 18 municipal entities showed increasing indicators of a collapse in local government finance and continued deterioration based on their financial statements. Furthermore, the financial position of 28% of South Africa’s municipalities reflects that there is significant doubt about whether they will be able to continue operating as a going concern in the near future.

Only 36% of municipal revenue is estimated to be recoverable and it further takes 213 days to collect amounts due by municipalities. In 2020-21, municipalities wrote off R41.28-billion in debt that was not paid to them. Despite municipalities experiencing cash flow challenges, municipalities continue to prioritise the payment of salaries and councillor remuneration, which totalled R113.66-billion in 2021, which is 60% of the estimated recoverable own revenue and equitable share allocation. Municipalities thereafter pay municipal suppliers including Eskom, the water boards and the South African Revenue Services (SARS) and Small Medium Micro Enterprises (SMMEs), and place strain on cash flow within government institutions and SMMEs. This is further emphasised by municipalities taking on average 240 days to pay creditors.

In terms of the Constitution of South Africa, local government is, among others, responsible to ensure the provision of services to communities in a sustainable manner, promote social and economic development and promote a safe and healthy environment for citizens. Based on the 2020-21 local audit outcomes, it appears that local government may struggle to ensure that it is able to execute its responsibilities in terms of the Constitution and emphasises the urgent need for accountability and support by all stakeholders to improve the current status quo of local government.

SAICA therefore supports and emphasises the call by the AGSA for accountability by all stakeholders in the accountability ecosystem to improve municipal finance management, which includes accounting authorities, municipal public accounts committees, national and provincial government, portfolio committees, as well active citizenry.

Natashia Soopal is  Executive: Ethics and Public Sector at SAICA

The South African Institute of Chartered Accountants (SAICA), South Africa’s pre-eminent accountancy body, is widely recognised as one of the world’s leading accounting institutes. The Institute provides a wide range of support services to more than 50 000 members and associates who are chartered accountants (CAs[SA]), as well as associate general accountants (AGAs[SA]) and accounting technicians (ATs[SA]), who hold positions as CEOs, MDs, board directors, business owners, chief financial officers, auditors and leaders in every sphere of commerce and industry, and who play a significant role in the nation’s highly dynamic business sector and economic development.