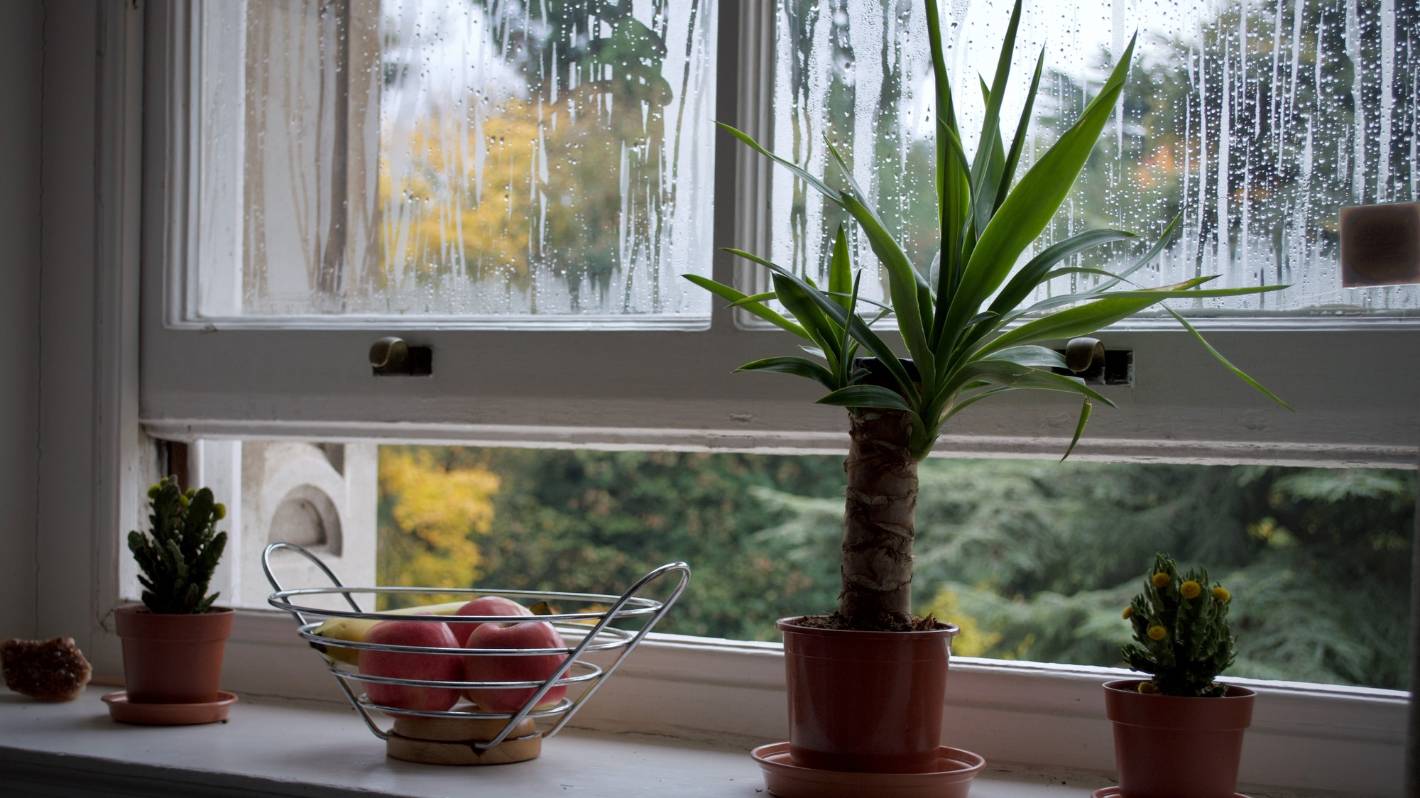 About 12% of Nelson households are worried about living with significant mould inside their homes, according to a new report looking at the state of housing in the country.

The inaugural Aotearoa Housing Survey by community housing provider Habitat for Humanity NZ and AMI Insurance has revealed that nationally, four in ten households (42%) are worried about dampness in their home, while about 145,000 households (16%) all stay in one room and only heat that room to stay warm when it gets very cold in winter.

About 300,000 households (16%) go to bed earlier than usual to stay warm when it gets very cold in winter, the survey showed. For households with significant areas of mould, 20% stated the mould, dampness or condensation worsened the breathing of those living in the house.

In the Nelson region, results from the survey showed more than half (52%) of households in Nelson were extremely satisfied with the quality of their home.

READ MORE:
* Hundreds of free degrees to be given to lower decile South Island school-leavers
* How to dry your clothes in winter: Your tips and tricks for laundry day
* Gib shortage: Can you swap in an alternative for your new build or renovation?

The research was commissioned by Habitat for Humanity and partner AMI to help understand the scale of the issue and showed several hundred thousand New Zealand homes were cold, damp and expensive to heat.

Nelson Budget Service co-ordinator Tessa Bell said the service was aware mould and cold homes were a problem in Nelson, as in other parts of New Zealand, with houses in cold pockets shaded by hills a particular problem.

“I think getting solutions for it is the problem – getting landlords to take it more seriously than just ‘open windows’,” Bell said.

With dehumidifiers costing $300 to $400, and the most effective method of removing moisture being running a heater and dehumidifier together, the cost of tackling the problem was a barrier for people on low incomes, she said.

She advised people to wipe down wet windows every day to get rid of moisture, as damp and mouldy conditions could impact health.

“It is definitely a concern.”

Nationally, private renters (60%) were significantly more likely to be concerned that their home was too cold compared to those who owned their own home (40%), the Aotearoa Housing Survey showed.

Habitat for Humanity New Zealand group chief executive Alan Thorp said the research was a timely reminder that the rising cost of living was going to have a deeper impact on households already struggling to make ends meet.

“This research has shown that while the majority of homes in New Zealand are habitable and decent, there are several hundred thousand Kiwi families that are experiencing less than optimum living conditions, and in severe cases, will lead to a range of issues – including ongoing poor health problems that may require hospitalisation such as asthma and rheumatic fever due to cold, damp and overcrowded living conditions,” Thorp said.

“There’s still a problem and a need in Nelson for warm, dry, safe and secure homes and our survey has shone a light on this,” he said.

“Locally, our Habitat for Humanity Nelson team has been working on addressing these issues for the past 25 years and is currently building several new, quality homes in Stoke via our Progressive Home Ownership programme. This is one way we make a positive difference, but we can’t do this alone which is why being able to work with AMI Insurance to help us better understand some of these issues is invaluable.”

Habitat for Humanity recommended renters and home owners focus on insulation, ventilation to reduce condensation and prevent mould, and also safety and security to protect their homes.

The Aotearoa Housing Survey had a base of 3039 New Zealand households.

Tips for a healthier home:

Ensure windows are covered with properly fitting double-lined curtains to stop heat escaping. Curtains should cover the window to the floor to keep warm air in a room.

Installing insulation is important to keep heat in and energy costs down.

Open windows and doors for at least 15 minutes each day to improve ventilation, and to let steam out.

Have an extractor fan in the kitchen and bathroom.

Dry washing outside, not inside your home.

Keep on top of repairs to prevent issues becoming critical problems, such as rotten floorboards or exterior walls.