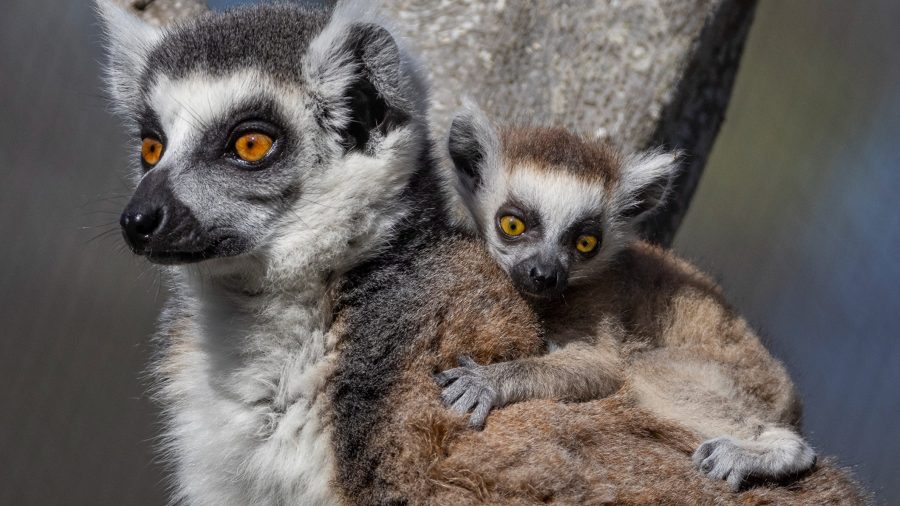 The female baby, yet to be named, was born May 22 to first-time lemur mother Rindra at the zoo’s Conrad Prebys Africa Rocks Madagascar Forest habitat, the San Diego Zoo Wildlife Alliance stated in a press release. She is reportedly doing “very well, nursing properly and gaining weight.”

“We are all so excited and honored to have this little lemur in our care,” said Yeleny Smith, wildlife care specialist at the San Diego Zoo. “She is very inquisitive and developing quickly. And as a first-time lemur mother, Rindra, is doing an excellent job caring for her infant—being very attentive, grooming her and nursing her well.”

Wildlife officials say other lemurs in the habitat have been very welcoming of the new addition by helping groom the infant — an instinctive social behavior that helps strengthen the social bonds within the troop.

“Over the next few months, the infant will begin spending more time on her own, and will return to her mother to nurse or sleep, until she is weaned around five to six months of age,” zoo officials said.

Native to the island of Madagascar, lemurs are all considered threatened or endangered. The ring-tailed lemurs are well-known among the species with their big eyes, woolly fur and long black-and-white ringed tail.

The ring-tailed lemur infant and troop may be seen in their habitat at Africa Rocks.