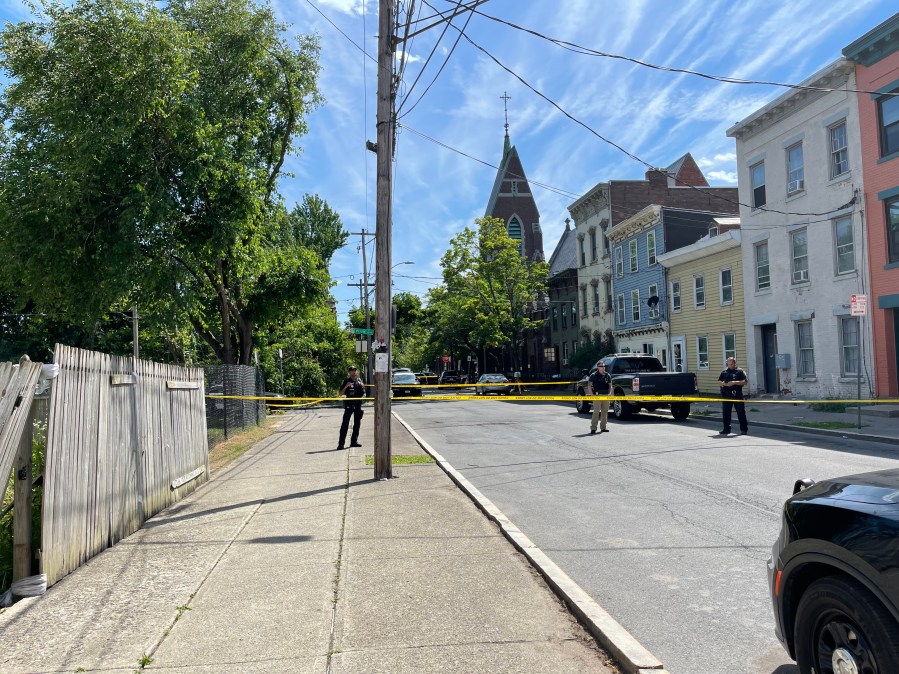 ALBANY, N.Y. (NEWS10) — The man accused of stabbing an Albany police officer, as well as being shot by an officer, has been charged. The Albany Police Department said Eric Frazier, 54, of Albany, was arraigned on the charges at Albany Medical Center on Thursday.


Get the latest news, weather, sports, and entertainment delivered right to your inbox!

On Monday, June 20 around 11:30 a.m., officers responded to a domestic incident on the 100 block of Franklin Street. After Frazier was brought outside to talk to police, police found he had an outstanding arrest warrant out of Albany related to a separate domestic incident.

When officers told him that he was going to be placed into custody, police said Frazier placed his hands inside his shirt pocket and resisted arrest. Frazier then allegedly pulled a knife out of his pocket and tried to stab the officers. One of the officers was reportedly slashed severely on his right arm during the incident.

Police said another officer fired a single shot from their gun, striking Frazier in the upper right chest. Police said Frazier still tried to stab the injured police officer again by swinging the knife near the officer’s head.

Frazier was eventually taken into custody and the knife was recovered. Both Frazier and the injured officer were taken to Albany Medical Center for treatment. Both of their injuries are non-life-threatening.

Frazier was also charged with second-degree criminal obstruction of breathing and third-degree assault for the original domestic incident on Franklin Street. Frazier is accused of hitting the victim in the face several times and choking her by grabbing her neck, causing several scratches.

He was further charged with third-degree assault, third-degree menacing, second-degree criminal obstruction of breathing, and fourth-degree criminal possession of a weapon for the outstanding warrant from March 13. Frazier is accused of threatening the victim with a knife and choking her, causing scratches and bruising to her neck in that incident.

Frazier has been remanded to the custody of the Albany County Sheriff’s Office.