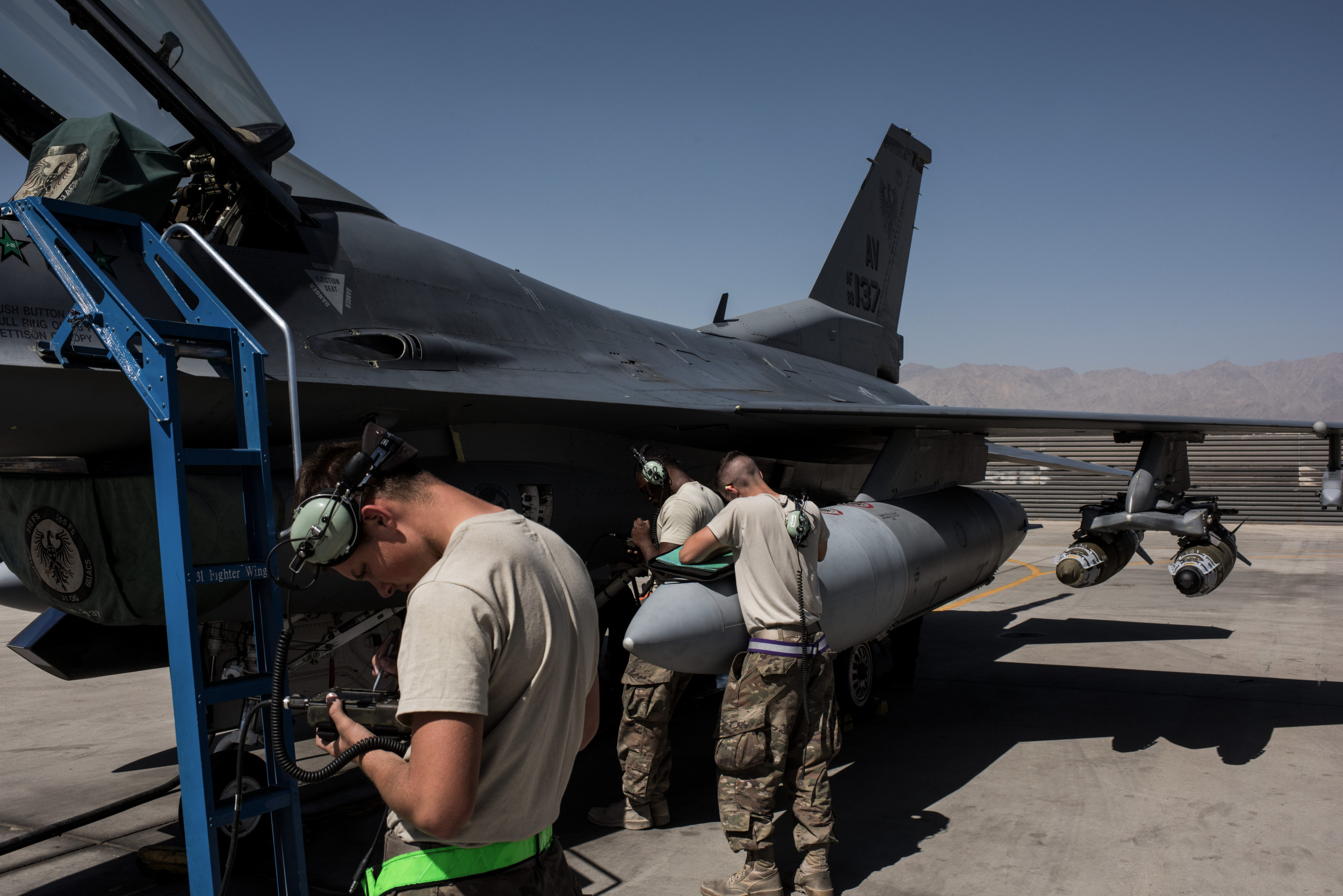 J.R. Majewski, an Ohio Republican congressional candidate, says that if elected, he’ll prioritize making it a crime to “besmirch” veterans as he disputed a report that he was never deployed to Afghanistan while serving in the Air Force.

During a press conference Friday in Ohio, Majewski denounced an article by the Associated Press (AP) that contradicted his claim of enduring difficult conditions during a deployment to the war-torn country. Majewski has made his identity as a combat veteran central to his campaign to unseat a longtime Democratic representative. Calling the AP report a “fake hit piece,” he said he’d work to make false reporting illegal.

Citing military documents obtained through a public records request, the AP reported Thursday that Majewski was never deployed to Afghanistan.

According to the AP, records showed Majewski was based at Kadena Air Base in Japan for much of his active-duty service. The closest he came to Afghanistan was a six-month deployment to Qatar in May 2002, loading and unloading planes as a “passenger operations specialist,” the AP reported.

“The military record I have been able to obtain, from my personal files, shows that all of my deployments are listed as classified,” Majewski said Friday.

He accused the AP of “lying” about his record and said the report “put my life, my family’s life and lives of my team at risk.” He suggested the timing of its publication was calculated to hurt him politically.

Majewski said that while the AP was able to obtain records, veterans had “to wait months to get the facts.” If elected, he said he would prioritize streamlining the process for veterans to obtain records and would “introduce legislation to make it a crime to besmirch veterans and end this nonsense once and for all.”

“If you do not have all the facts, you should have no right to hurt those that served our country and their loved ones,” said Majewski, who didn’t offer details on what the legislation would include. He also said he was considering suing the AP.

Majewski cited an email from the Air Force used in the AP’s report that stated the branch didn’t “have visibility” on what he did after being deployed to Qatar.

Lauren Easton, AP vice president of communications, told Newsweek in an email that “The Associated Press stands by its story.”

During the press conference, when asked about where he was in Afghanistan, Majewski said “there are only a couple bases” in the country and it was “almost impossible” to say where he was on what day.

The AP reported that Majewski did not have medals commonly awarded to service members who served in Afghanistan. Rose M. Riley, an Air Force spokeswoman, on Thursday told The New York Times that the branch could not verify if Majewski served in the country. She also said that the list of combat medals “may be incomplete or not up to date because some require action on the member’s part to submit or validate.”

A political newcomer, Majewski beat two state lawmakers in the Republican primary for Ohio’s 9th Congressional District, which includes a northern sliver of the state that borders Lake Erie and includes Cleveland.

Majewski, endorsed by Trump, is facing Democratic Representative Marcy Kaptur, who is hoping to keep the seat to which she was first elected in 1982 after it was redrawn to make it more competitive.

Newsweek has reached out to the Air Force for comment.