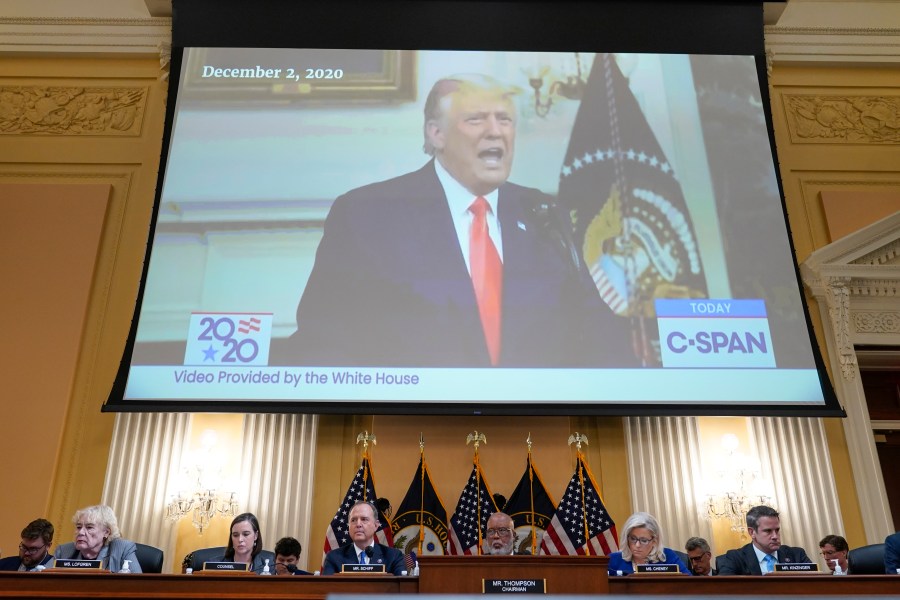 WASHINGTON (NewsNation) — The House select committee investigating the Jan. 6 riot at the U.S. Capitol is set to hear from former Justice Department officials who faced a pressure campaign from former President Donald Trump over the 2020 presidential election results.

This is the fifth televised public hearing investigating the insurrection at the Capitol. The witnesses will include Jeffrey Rosen, who was acting attorney general during the Jan. 6, 2021, assault on the U.S. Capitol. Three days earlier, Rosen was part of a tense Oval Office showdown in which Trump contemplated replacing him with a lower-level official, Jeffrey Clark, who wanted to champion Trump’s election fraud claims.

Jeffrey Clark’s home was raided by law enforcement before the hearing in a pre-dawn raid, according to multiple sources.


Jan. 6 hearings having impact (but maybe not how you think)

Two other former department officials, Rosen’s top deputy, Richard Donoghue, and Steven Engel, are also scheduled to testify. Both warned Trump at the White House meeting that they’d resign and that many of the department’s lawyers would follow if he replaced Rosen with Clark.

This comes as a NewsNation/Decision Desk HQ poll found that most Americans approve of the Jan. 6 hearings and believe Trump was at least somewhat to blame for the Capitol attack. But a smaller number have changed their opinions due to the recent Congressional hearings.

NewsNation will live stream the hearings at 3 pm ET. You can watch the hearing live in the player above.