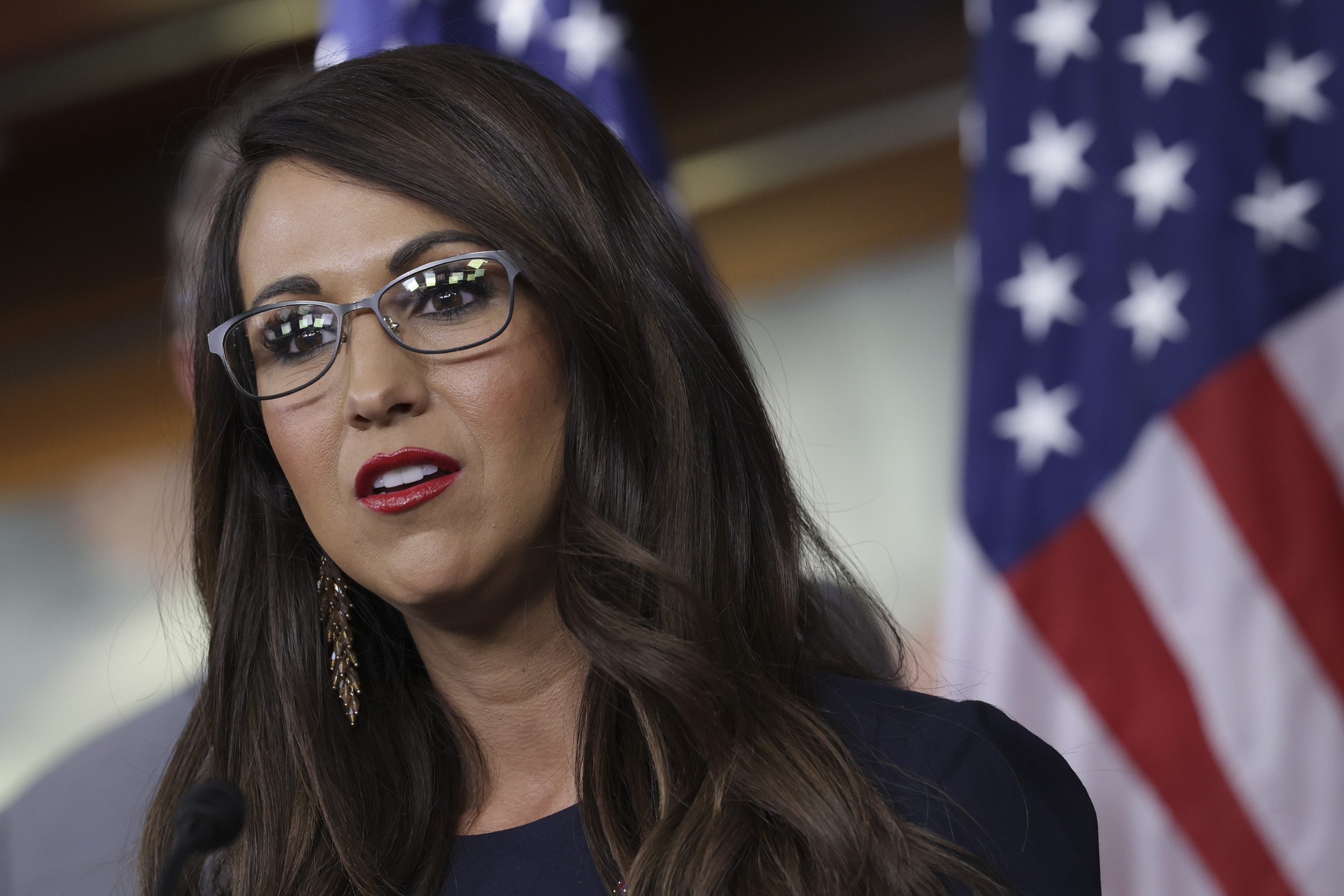 Representative Lauren Boebert is facing a bipartisan effort to unseat her in Colorado’s 3rd congressional district as she prepares for a primary on Tuesday amid opposition from Democrats, Republicans and independents.

Boebert is facing a primary challenge from state Senator Don Coram on Tuesday and she is seen as the favorite to win, but many Democratic voters are expected to participate in the primary in an apparent attempt to boost Coram and defeat Boebert.

Thousands of Democrats in Colorado’s 3rd district are reportedly disaffiliating from the party in order to vote in the upcoming Republican primary against Boebert and a number of political groups are also working to unseat her.

They include the Better Than Boebert PAC, which describes itself as “Republicans, Independents, & Democrats who have decided we can do better than Lauren Boebert.”

The PAC was set up by liberal community organizer Joel Dyar and James Light, a Republican developer who was involved in creating the ski resort Snowmass in the 1970s.

Light told The New York Times that January 6, 2021, was “the breaking point for me.”

“I couldn’t get anywhere with the national party, so I got behind Don Coram,” he told the newspaper.

Democratic voters also appear poised to play a role in the upcoming primary.

In Colorado, voters can cast ballots in the Republican primary if they are registered as members of the GOP or if they are unaffiliated and The New York Times reported on Wednesday that many Democrats have chosen to become unaffiliated voters for that reason.

Democratic Party officials in Colorado have reportedly counted at least 3,700 more unaffiliated voters in the GOP primary this year compared to 2020. Many of those voters are concentrated in Pitkin and La Plata counties, which are considered centers of support for Democrats.

Boebert has enjoyed a national profile since coming to office and has made headlines with sometimes controversial statements. She pledged to carry a gun on a House floor and previously suggested Democratic Representative Ilhan Omar of Minnesota could be a suicide bomber.

She later apologized on Twitter to “anyone in the Muslim community I offended.”

Boebert also interrupted President Joe Biden‘s state of the union address in March this year along with fellow Republican Representative Marjorie Taylor Greene of Georgia. The congresswoman recently suggested her political success was due to God.

Support from Democrats may help Coram in Tuesday’s primary, but Boebert is still the heavy favorite to win. She has raised $5 million compared to Coram’s fundraising haul of around $226,000.

Coram’s campaign manager, J.D. Key, told The New York Times that they hadn’t made a direct appeal to Democrats.

“What did we do to reach out to Democrats? The answer is nothing,” Key said.

“This is completely organic,” he said.

Democrats have been participating in Republican primaries in some states in what may be an effort to choose more moderate GOP candidates. Some 5,400 early or absentee ballots in the Republican primary that saw Representative Madison Cawthorn defeated came from people who had previously voted in the Democratic primary, according to analysis by the Associated Press.

The Republican primary for Georgia secretary of state saw at least 67,000 people who had voted in the Democratic primary two years earlier cast ballots in the GOP race.

Secretary of State Brad Raffensperger, who famously clashed with former President Donald Trump and defended the integrity of his state’s 2020 election, managed to avoid a runoff election by winning more than 50 percent of the votes.

However, it isn’t clear whether crossover votes were decisive in either race.

Coram and Boebert clashed during a debate in May where Coram compared her to a new Denver football player “in that she throws a lot of passes but has zero completions. Who would be happy with that?”

Boebert said she would win the primary because “I am the only conservative in this race.”

She won a surprise victory over incumbent Representative Scott Tipton in the 2020 Republican primary. She received 54.6 percent of the vote to Tipton’s 45.4 percent. Boebert garnered support from 58,678 voters, while Tipton won 48,805 votes.

Boebert went on to win the general election in Colorado’s 3rd district with 51.4 percent of the vote, while her Democratic opponent, Diane Mitsch Busch, won 45.2 percent.

The Democratic primary will also take place on Tuesday and three candidates are vying for the nomination.