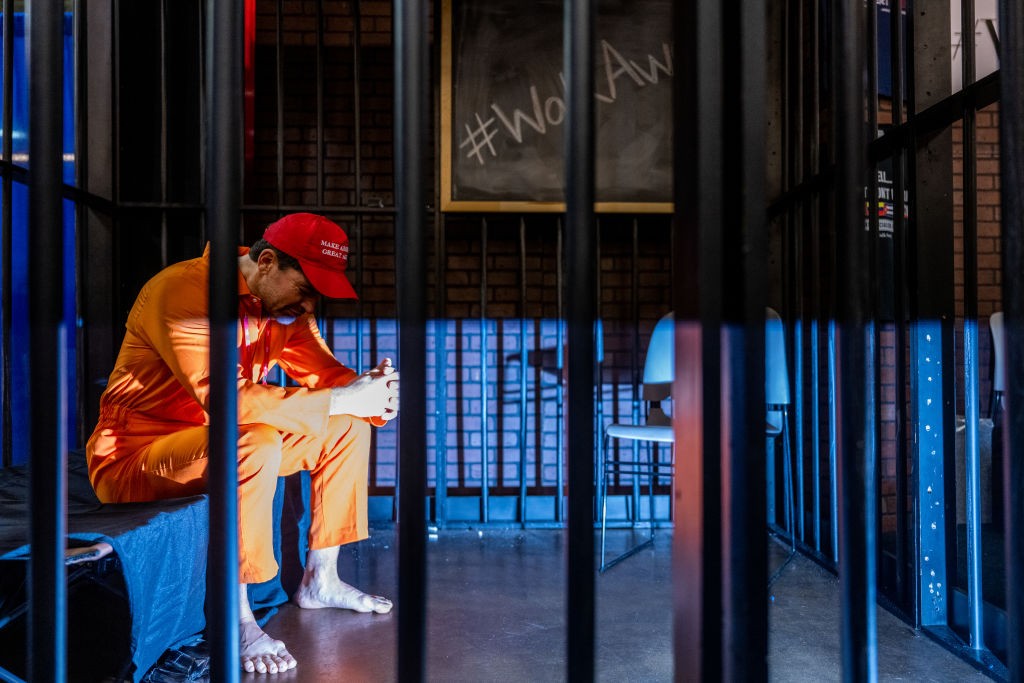 On October 7, the King County Republicans will host “Stop the Steal” rally speaker and convicted insurrectionist Brandon Straka as the headliner for the organization’s Liberty Dinner fundraiser. The choice undercuts the local GOP’s recent attempts to distance itself from extremists within the Republican Party who claim without evidence that the 2020 election was stolen from Donald Trump.

Seattleites may remember Straka as the creator of the #WalkAway campaign in 2020, which aimed to convince liberals to leave the Democratic Party and join the Republican coalition instead. During her failed campaign for Lieutenant Governor as a Republican, Seattle City Attorney Ann Davison recorded a video as part of Straka’s effort in 2020.

But elevating someone like Straka risks much more than damaging the local GOP’s brand. Anti-extremist watchdog organizations say that providing Straka a platform within a mainstream political party like this could lead to more political violence and further erode public confidence in the integrity of our elections.

told the Seattle Times that he disbanded the committee once he became aware of the drop box surveillance effort.

Despite that attempt to moderate their brand, inviting Straka as their headliner burned any goodwill that the local GOP may have earned among local organizations who specialize in countering far-right threats to democracy.

Devin Burghart, the executive director of the Institute for Research and Education on Human Rights, which monitors far-right extremism across the country, expressed concern about Straka’s upcoming appearance. He said that the continued platforming of people like Straka is “deeply worrying” and shows a lack of commitment to tamping down on the rhetoric that led to the violent insurrection in the first place. In Burghart’s view, promoting Straka–and, by extension, his continued support of the January 6 insurrection–only furthers the erosion of the public’s trust in the electoral process.

Recent polling confirms Burghart’s concerns. In a July poll, 53% of self-identified Trump voters in Washington said they have little or no trust in our state’s vote-by-mail system despite no evidence of fraud at any point in the last 11 years.

Stephen Paolini, a regional director with the Anti-Defamation League, which tracks hate crimes and incidents of extremist violence in the Pacific Northwest, echoed Burghart’s worries. He said that honoring a convicted insurrectionist “stoke[s] the fires of violent extremism and bigotry in our community.” He called for the King County GOP to rescind its invitation for Straka to headline the fundraising event and to apologize for inviting him in the first place.

While Straka gained notoriety among the conspiracy-curious crowd for his involvement in the January 6 insurrection in DC, Washington has its own recent history of political violence that led another anti-extremist group to worry about the local GOP’s decision to host him.

Kate Bitz, a program manager with Western States Center, which is focused on countering extremism from far-right and white supremacist groups in the Pacific Northwest, believes there’s a connection between the assault on the Governor’s mansion that took place last January and mainstream political leaders elevating people with documented histories of embracing violence. She said that by inviting Straka to speak “the King County GOP is sending a clear signal that they won’t reject political violence when it serves their needs.”

I’ve asked the King County GOP for comment, but they have not responded. I’ll update this post if I hear back.