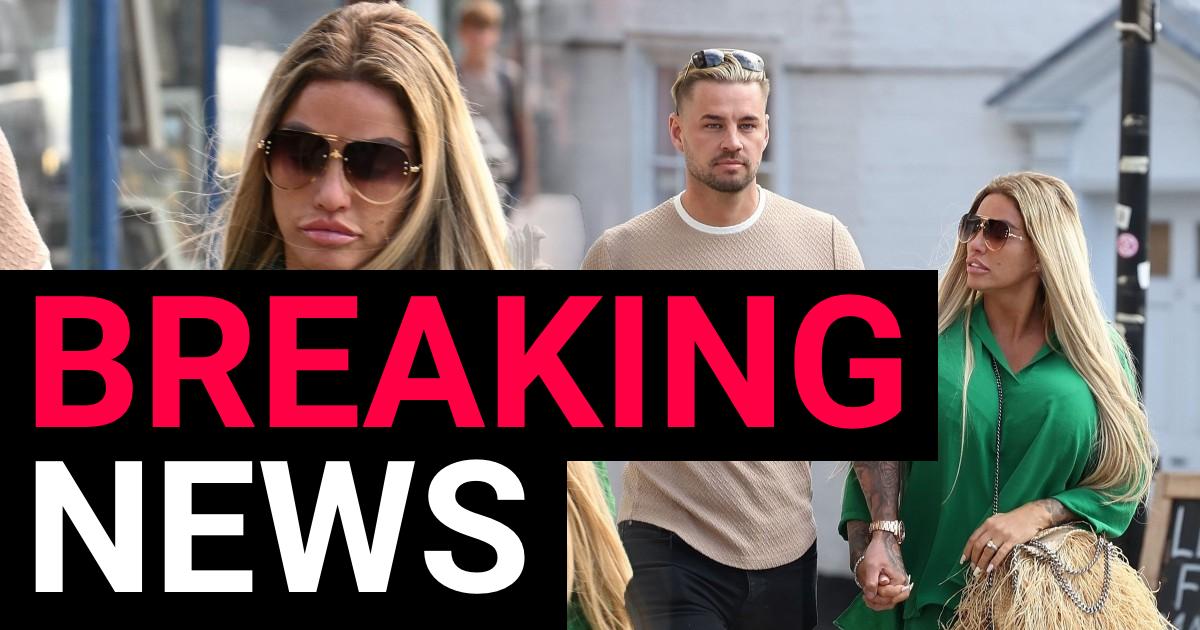 To view this video please enable JavaScript, and consider upgrading to a web
browser that
supports HTML5
video

Katie Price was has dodged jail at her sentencing hearing at Lewes Crown Court today, after previously pleading guilty to breaching a restraining order and being warned she faced jail time.

She was handed an 18-month community order to carry out 170 hours of unpaid work.

On her way into court on Friday morning, the former glamour model, 44, had a foul-mouthed outburst, shouting at waiting media to ‘suck my d**k’ as she headed to the courtroom.

During an earlier hearing, Price – who was wearing a green suit and was supported by her fiance Carl Woods in court today – pleaded guilty to breaching a restraining order against her ex-husband Kieran Hayler’s fiancee Michelle Penticost.

She was accused of sending ex-husband Hayler a message on January 21, in which she branded his new partner Penticost, a ‘c***ing wh**e’ and a ‘gutter s*g’, while also accusing them of having an affair.

The reality star had been banned from contacting Ms Penticost directly or indirectly under the terms of a restraining order imposed in June 2019.