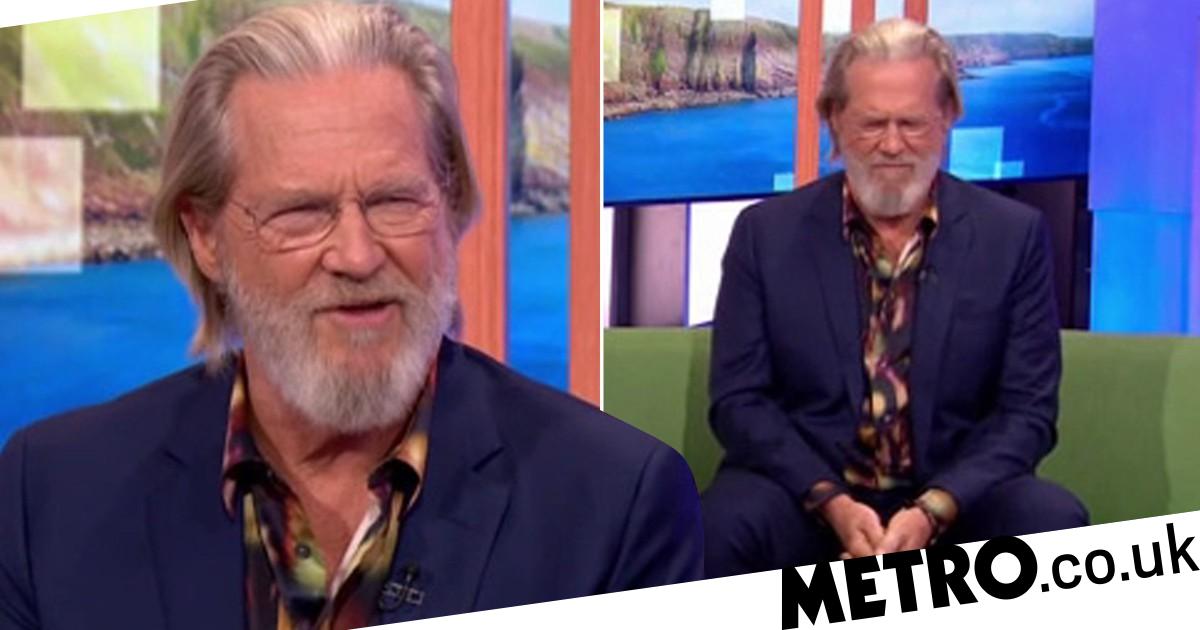 To view this video please enable JavaScript, and consider upgrading to a web
browser that
supports HTML5
video

Jeff Bridges has opened up on his cancer and Covid battle, revealing he didn’t think he would work again following the ordeal.

The actor, 72, was diagnosed with lymphoma in 2020 while working on FX drama series The Old Man.

He then contracted Covid-19 while he was receiving cancer treatment.

The Oscar-winner opened up during an episode of The One Show to hosts Alex Jones and Jermaine Jenas about his inspirational health battle.

‘I didn’t I was going to go back to work. I thought “Oh, come on, you can’t do that”,’ the Big Lebowski actor said.

‘So, you never know what life has in store for you.’

Jeff likened returning to working on The Old Man following his health struggles to ‘a bizarre dream.’