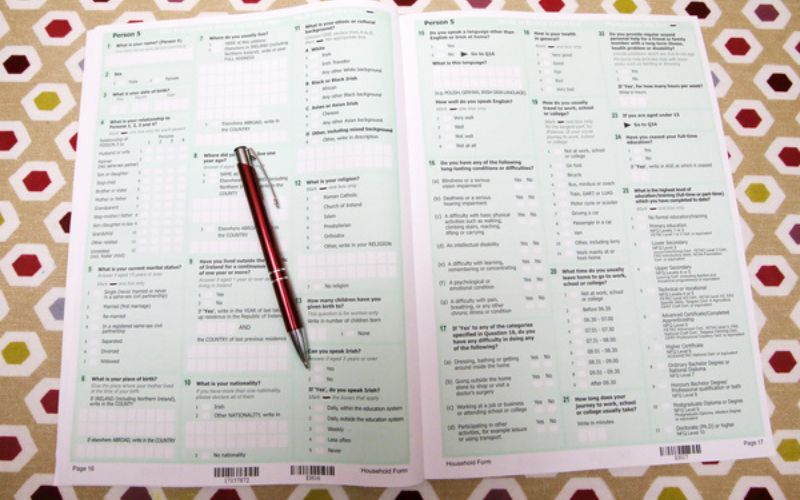 Ireland’s population has reached its highest level since before the Famine, according to preliminary results from this year’s census.

The population of Ireland stood at 5,123,536 on April 3, 2022, the day the latest census was conducted, Ireland’s Central Statistics Office (CSO) revealed on Thursday.

The new figure represents a 7.6 percent increase in the population in Ireland since the 2016 census, having risen from 4,761,865.

This year’s data shows the highest population recorded in a census since 1841 and the first time that the Irish population has risen above five million since the 1851 census.

Cormac Halpin, Senior Statistician in the Census Division, said that the preliminary data shows there were 2,593,600 females and 2,529,936 males recorded in the latest Irish census, which is an increase of 7.7% and 7.5% respectively.

The preliminary data shows that the population of every county in Ireland has increased since 2016.

The counties that recorded the lowest population growth each increased by 5% between 2016 and 2022. These were Donegal, Kilkenny, Kerry, and Tipperary.

In Munster, Waterford was the fastest-growing county, expanding by 9%, followed by Clare and Cork, which grew by 7%.

Leitrim was the Connacht county that grew most between 2016 and 2022, recording a 10% rate of growth. Roscommon (8%) also grew more quickly than the overall national rate of growth.

Alongside Longford, Meath, Fingal, and Kildare, Wexford (9%) and Carlow (9%) were among the fastest-growing counties in Leinster.

There was a large drop of 35% to 33,177 in the number of dwellings that were temporarily unoccupied on Census Night as the residents were away from home.

Commenting on Twitter, Taoiseach Micheál Martin said the census “illustrated the need for continued investment in services such as childcare, education, health, and housing to keep pace”.

The Irish population continues to grow – with Ireland home to more than 5m people for first time since 1851.

Census illustrates the need for continued investment in services such as childcare, education, health and housing to keep pace. pic.twitter.com/UqyxR0QaRM

“I also welcome confirmation that the population has increased across every part of the country, with every county in Ireland seeing an increase in their population since 2016, as part of an overall increase of nearly 8% in that time,” Martin told RTÉ.

“While the number of houses has increased, we clearly need to build more homes as quickly as we can, and the Housing for All plan will ramp up housing output further in the next few years.

“The census is far more than a simple counting exercise, it gives us the information that is vital for everything from the planning and delivery of public services, to where we need to build housing, to how we arrange our electoral constituencies.”