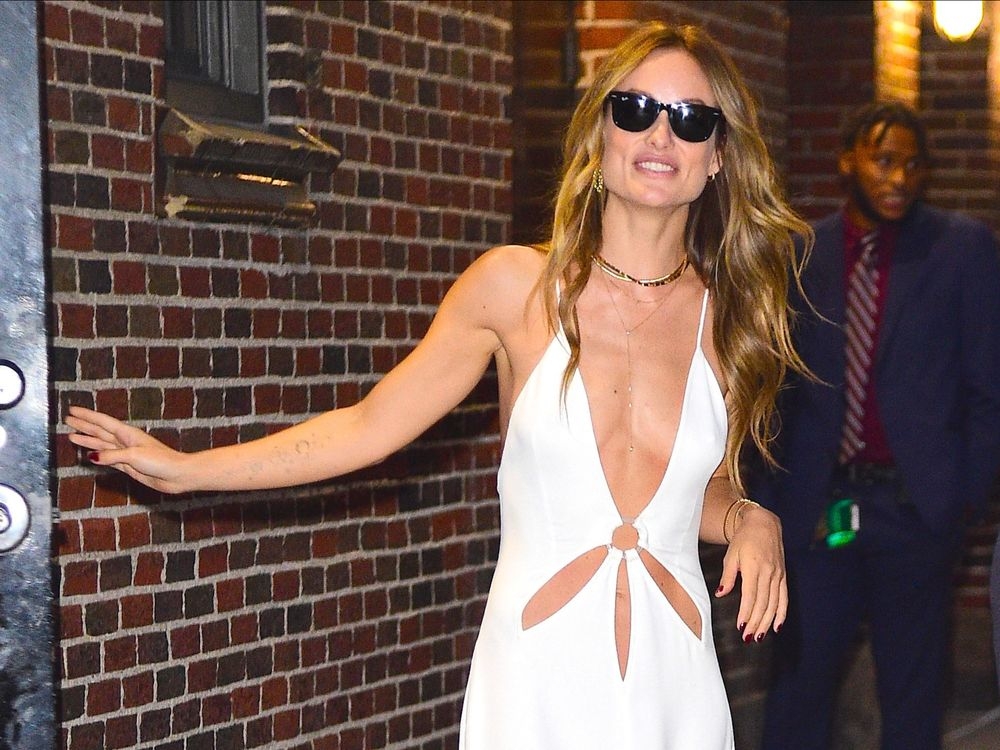 Reviews and recommendations are unbiased and products are independently selected. Postmedia may earn an affiliate commission from purchases made through links on this page.

Olivia Wilde says it was “insanity” filming scenes in her new film Don’t’ Worry Darling in a bikini and rushing back to her director’s chair.

The actress, 38, said she made parts of the film still in her revealing costume and while holding her daughter and juggling news about COVID-19 shutdowns and cinematography.

“It was insane,” she told Stephen Colbert on his The Late Show. “I would be acting in the scene, in a bikini, which is a bit weird, getting up, holding my daughter, running over to the monitor, talking to my DP (director of photography), then the other producer’s telling me about COVID shutdowns and all sorts of insanity and then sitting down, calling action and doing it again. It was wild.”

Wilde plays Bunny in the thriller, which has been plagued with bad reviews and rumours of on-set rifts.

The actress also told how she cast her five-year-old daughter, Daisy – whom she shares with her 47-year-old former partner, ‘Ted Lasso’ actor Jason Sudeikis – in a role as her character’s child in her movie.

“I was a little meaner in the movie than I would be to her. It was like the drunk 1950s version of me I guess,” she said.

“I really loved that she was seeing me in that light (as an actress/director).

“Like somewhere, subconsciously this is seeping in, that her mother is in charge and is supported by this awesome crew.”

Revealing how her Bunny character was based on her grandmother, Wilde – who has been dating 28-year-old ex-One Director singer Harry Styles for more than a year – added: “She was very well educated, she studied poetry, she was very well read, but her existence was largely based around her husband.

“And I thought, really, what it would be like to get into her skin, so thought I could, kind of, judge the lack of autonomy at the time, it also seemed like a really fabulous life, like, they partied a lot.”

Wilde has been accused of falling out with Pugh, 26, who was allegedly angered by the director’s relationship with Styles getting in the way of making the movie, with one insider telling Vulture the pair had a “screaming match” on set.

Mother-of-two Wilde is also continuing a custody war with ex Sudeikis, with whom she shares Otis, eight, as well as Daisy.