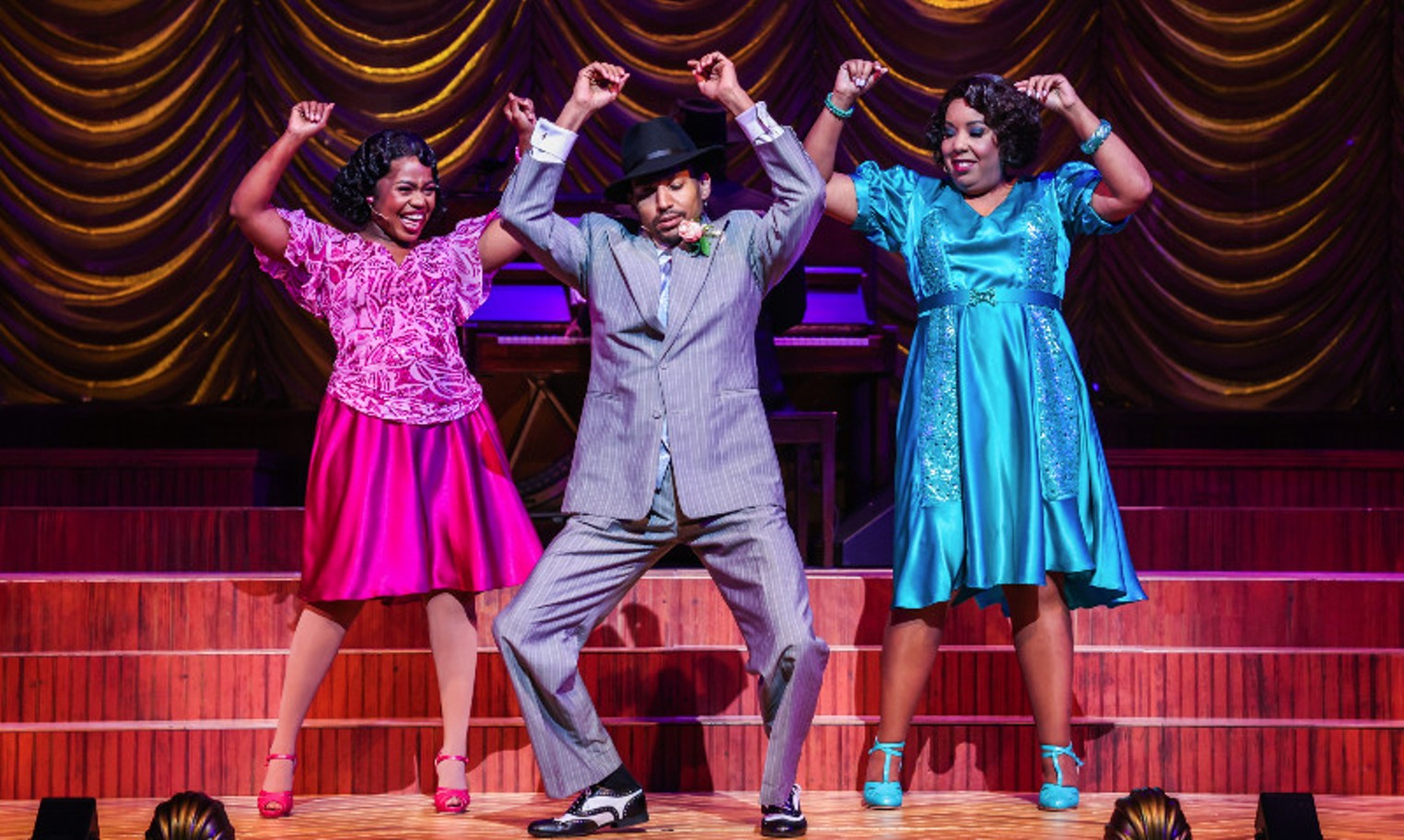 A woman-dressed in a red feathered flapper hat and a red dress straight from a Jazz Age dance club- strolls down the aisle at the Hobby Center with her party of four. She walks up to the stage and takes a seat. She’s not part of the Theatre Under the Stars show. A few lucky audience members get to have their seat on the stage. From the theater seats, the rest enjoy a jazz-filled evening of classic songs popularized by Fats Waller — one of the first Black composers of a Broadway show and a legendary jazz pianist.

Ain’t Misbehavin’ is a musical revue with its songs spanning from the 1910s to the 1930s. There is no central story or loose plot to follow,  rather five characters who croon and muse artfully over the pleasures, betrayals, and comedic moments of life.

The singing in this show is of high caliber. Each actor brought a sensibility distinct from the other. As Armelia, Melrose Johnson’s expressions and playful enunciation radiated that of a cross between the diva stylings of Mariah Carey and the classical control of Marian Anderson. She knows she can sing and when it came to indulging her wide vocal range, she sassily reveled in her talent.

As Nell, Paris Bennett offered a grounded emotionality and sincere connection with the music that made standards like “Mean to Me,” and “I’ve Got A Feeling I’m Falling” feel so lived in and embodied that despite the revue nature of the musical, Nell felt like there was a world in this play where these songs matter. and that the characters weren’t simply singing songs that are loosely related.

Like Bennett, David LaMarr — as Andre — also had the knack for using his songs to ground the mood and era of this play. He had the ability to lean into the stereotypes of the ’20s no-good lothario enough for the audience to comprehend the stereotype, but he didn’t rely on it to sell his story. His svelte movements and physical comedy made him feel alive. His intermittent moments of engagement with the audience conjured that feeling of what it could be like at a jazz club in Harlem.

It was as though, he and Paris were performers in the ’20s, and we were there while the other characters felt like they were contemporary performers pretending to be in the ’20s because this is a musical revue. Individually, each of the actors did a phenomenal job. The lower register of Will Mann (Ken) was a gift to hear, and the comic timing of Ashley Támar Davis (Charlaine) singing “Yacht Club Swing” was fun and playful.

Actors seeming like they’re doing different shows is a matter of direction. The show lacks an ensemble feeling that becomes clear in the group numbers with Nell, Armelia and Charlaine where the choreography is haphazardly in sync.

The individual talents of the actors are clear; however great nights of theater come from everyone doing the same show. A pleasant evening of theater —  as tonight was — can come from amazing talent and lively energy. But even a jazz band knows: while each player gets a chance to do a solo, after the solo, they must come back and play as a team.