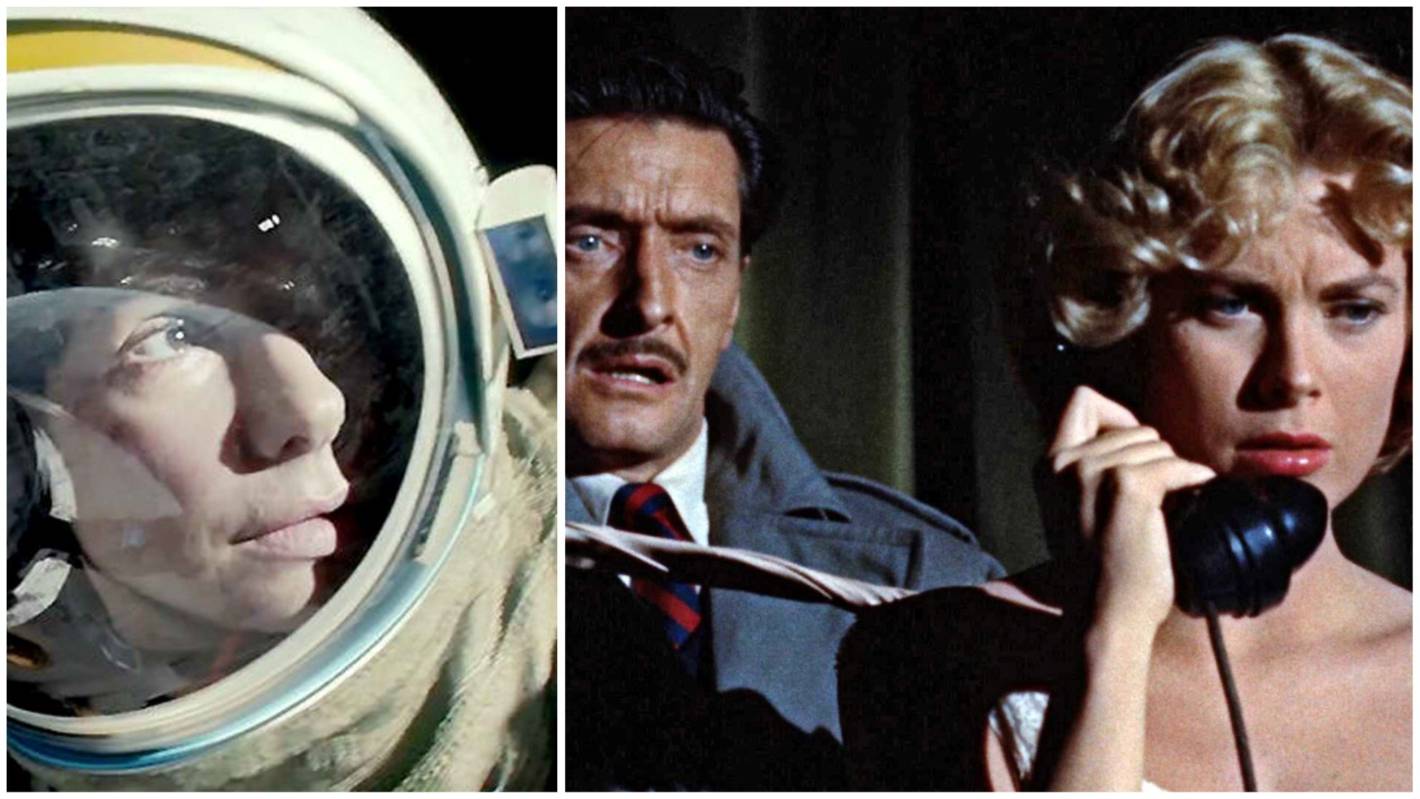 Although stereoscopic imaging was first invented in the 1890s, 3-D has always been used by Hollywood in response to dwindling audiences, whether the threat has come from television, home video, the internet, or a global pandemic.

Designed to enhance storytelling by seemingly immersing the viewer into the film they are watching, 3-D has been particular popular for genres like horror, sci-fi and fantasy.

As James Cameron attempts to spark a fourth wave of special-glasses wearing in movie theatres with this week’s return of Avatar, Stuff to Watch has taken a look back and compiled what we believe are the best examples of format’s use throughout cinema history.

READ MORE:
* Aladdin, Unforgiven among eight great movies that are turning 30 this year
* Twenty 21st century movies that will leave a mark (and where you can watch them)
* From RoboCop to Total Recall: Five fabulous Paul Verhoeven movies before Benedetta
* Winona Forever: As she hits 50, here are 10 of her best screen performances
* Eight great Minnie Driver movies (and where you can watch them)

A cult classic. This tale of an Amazon River scientific expedition’s encounter with a dangerous humanoid amphibious fish creature has frightened more than one generation of cinemagoers.

It also spawned two sequels, a pinball game and a musical.

A vital, vigorous and vibrant sequel to 2011’s Rise of the Planet of Apes – one that not only charts the progression of the science and art of motion-capture, but also the highs and lows of ape society, led by the enigmatic Caesar (Andy Serkis).

Yes, Wētā FX’s mo-cop magic is breathtaking, but it would be nothing if not allied to some smart, suspenseful storytelling from The Wolverine’s Mark Bomback and returning Rise duo Rick Jaffa and Amanda Silver. They takes us from a Quest for Fire-esque opening, through Lion King-esque potential tragedy to a stirring, yet poignant showdown.

Even Alfred Hitchcock dabbled in 3-D with 1954’s Dial M for Murder.

Not many know that one of Alfred Hitchcock’s best thrillers was originally released in 3-D. Grace Kelly starred in this tale of an ex-tennis pro who carries out a plot to murder his wife.

It featured lots of low-angle shots and furniture placed between the audience and the cast. Subtle, but creepily effective.

The best of a bad bunch of 3-D horror sequels that infested cinemas in the early 1980s.

This was the movie where serial killer Jason Vorhees discovers his hockey mask and his inventive ways of impaling his prey had audiences ducking and diving a variety of implements.

Such a simple premise, such an effective execution.

Alfonso Cuaron’s two-stars-in-space (Sandra Bullock, George Clooney) dazzles with its amazing imagery (3-D has never been more immersive than this) and ability to wring maximum emotion out of every scene as Bullock’s emotionally and physically broken astronaut battles to stay alive and somehow make it back home. And Stephen Price’s score is stirring and chilling in equal measure.

Before Paris Hilton and her cohorts besmirched this title’s good name, Wax was known as one of Vincent Price’s finest performances.

He plays a scarred sculptor who has a preference for creating waxworks with more body. Director Andre De Toth was blind in one eye, meaning he never saw the film in all its 3-D glory.

The creative genius behind Raging Bull, Taxi Driver and Goodfellas directing a children’s fantasy? It sounded like a sure-fire recipe for tears before bedtime and fear-induced insomnia.

But Martin Scorsese’s foray into family friendly territory was a sparkling slice of precision film-making that, a decade on, still has the ability entrance both young and old.

Made at the height of the last stereoscopic “renaissance”, rather than a gimmick, he used it for its immersive quality, with gliding cameras and slow zooms drawing the audience into the centre of the action.

Yann Martel’s 2001 novel of the same name had been described by many as unfilmable, but director Ang Lee created a solid, sensitive and stunning-looking adaptation.

The unholy triptych of a boy, a tiger and a massive body of water could have ended a disastrous and dull mess, but Lee constantly finds new ways of cutting (dissolves, wipes, fades) and lighting scenes, creating a visual riot to rival Vincent Ward’s What Dreams May Come.

He also gets the best out of the 3-D, using it to add depth to shots, make his watery visuals even more liquid (including some stunning use of reflections) and throw in more than a few jumps for unsuspecting viewers.

Based on Cole Porter’s popular musical, this all-singing, all-dancing version of Shakespeare’s The Taming of the Shrew was an unlikely hit in three-dimensions.

As well as a rollicking soundtrack and spiky characters, the film also featured things being hurled at the audience.

A fine example of how 3-D can add an extra dimension to animation. Henry Selick’s musical tale of when Halloween collides with Christmas was already a dark, alternative holiday season classic, but with added depth, it comes close to perfection.

Selick followed it up with the equally brilliant and insomnia-inducing Neil Gaiman-inspired Coraline.