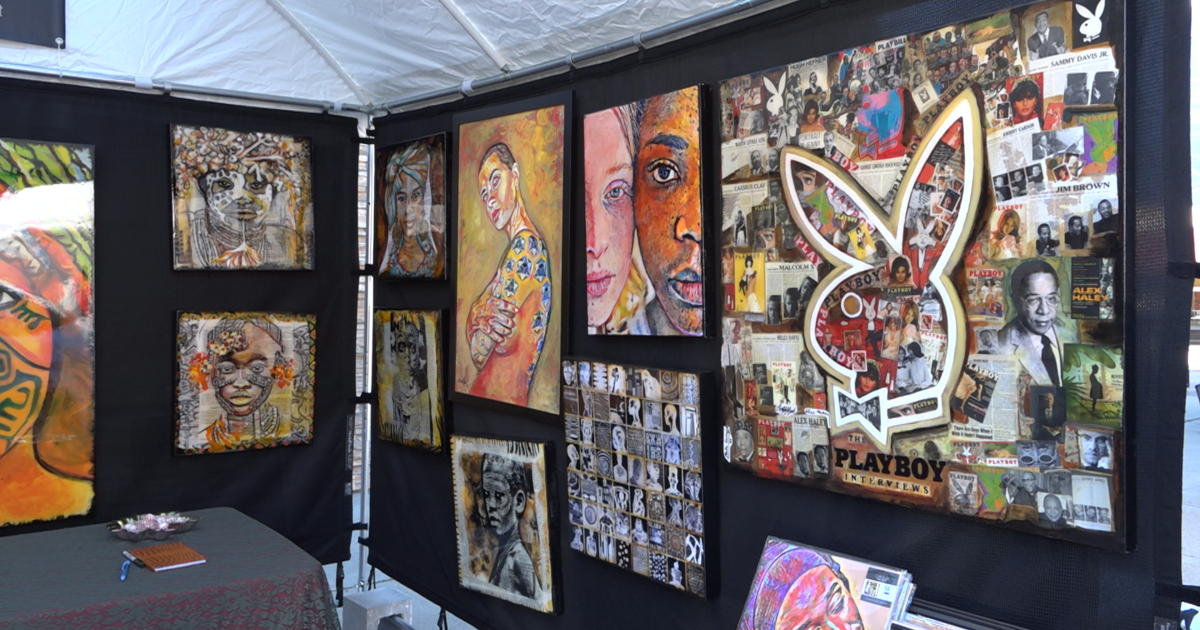 In its 19th year, the “edgier” art fair takes to downtown Ferndale. Having been involved with it since its inception, Loeb says this is the art fair for people who don’t yet realize they love art.

“It’s for the artists who want to get a little more creative on doing things that wouldn’t traditionally maybe be what people are looking for,” says Loeb.

Marta Carvajal, who is in her second year with the fair says she always creates her art in a series. Her art featured in this years fair are documentary pieces where she worked with different people and personalities to bring their stories to life. Carvajal says she’s been painting all of her life and with it, hoping to leave a legacy.

“Today art is the best way to express through generations what is going on. I’m very lucky being able to do this,” says Caravajal.

She says her inspiration for this series in particular came through spending time in areas like Detroit. She says pieces like the ones featured in this fair come with a lot of communication, critical thinking and investigation.

“You get inspired day-by-day and opening your mind to a lot of what you can listen from the day-by-day problems of people are our inspiration. It’s been in the world constantly and being in connection with other artists, other human beings that enrich a lot of our lives are unearthed just as a person,” says Carvajal.

Carvajal says every artists thought process and methods of creating their art is different, something Loeb echoed by saying that’s what makes an art fair like this one edgy and unique.

“I think really the reason people come is they want to see a little bit further the boundaries of what people can do in fine art,” Loeb concluded.

The Funky Ferndale Art Fair is in downtown Ferndale through September 25th. The DIY Street Fair is also going on through the weekend on the east side of Woodward between East 9 Mile Rd. and East Troy St.