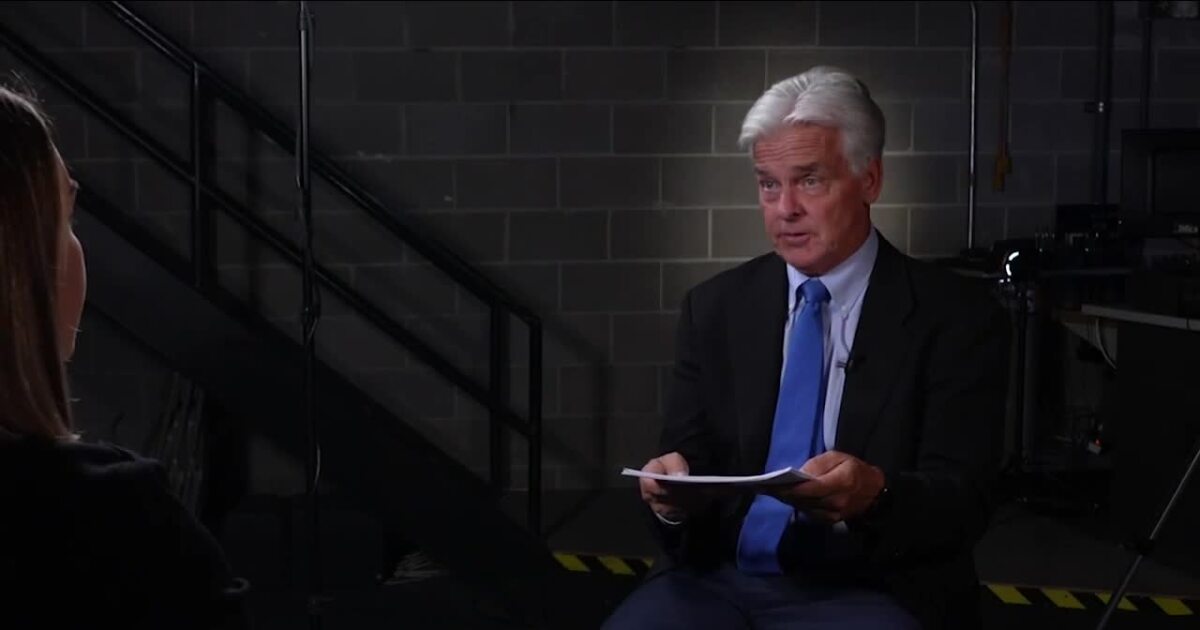 Mitch Morrissey, who was the Denver district attorney from 2005 to 2017 and who worked in the Denver District Attorney’s Office for nearly two decades beforehand, analyzed what he believes could happen with the criminal cases against the five men after the Adams County Coroner’s Office released the amended report Friday.

The amended report was signed in July 2021 and presented to a state grand jury investigating whether officers or paramedics from the Aurora Police Department and Aurora Fire Rescue should face charges in connection with McClain’s August 2019 death.

The grand jury returned a 32-count indictment for the five in late August 2021, which was released to the public on Sept. 1, 2021.

All five of them – Nathan Woodyard, Jason Rosenblatt and Randy Roedema from APD, and paramedics Jeremy Cooper and Peter Cichuniec from AFR – face counts of manslaughter and criminal negligent homicide. They also face other counts. They are scheduled to be arraigned on Nov. 4 after multiple delays.

The amended report changed McClain’s cause of death from “undetermined” to “complications of ketamine administration following forcible restraint” but kept his manner of death undetermined.

MORE: Amended autopsy report for Elijah McClain cites ‘complications of ketamine’ as cause of death

The forensic pathologist who wrote the amended opinion, Stephen J. Cina, wrote that he believes McClain would have been alive had he not been administered ketamine.

Morrissey says he believes that will be a sticking point – especially for the three officers’ defense counsel, but also for prosecutors who now will have to prove the cases against the five men.

Elijah McClain case: A timeline of how we got to this point

Morrissey said he believes the defense will focus on that “critical piece,” as he called it, because prosecutors would have to also prove the case with other expert witnesses who might have different opinions than Cina and Chief Coroner Monica Broncucia-Jordan, who signed off on both the original and the amended report.

It is possible that another forensic pathologist testified in front of the grand jury, Morrissey acknowledged. The indictment for the five men said: “A forensic pathologist opined that the cause of death for Mr. McClain was complications following acute Ketamine administration during violent subdual and restraint by law enforcement and emergency response personnel” and that “the manner of death was homicide.” The amended report found McClain’s manner of death was undetermined, and it is not clear who found McClain’s manner of death to be homicide.

“I don’t know if there’s something else that implicates the officers in the death of this young man, but it’s very clear here that the coroner does not believe their role in this led to his death,” Morrissey said.

MORE: Elijah McClain case: A timeline of how we got to this point

Morrissey said another thing that stood out to him in the amended report is that paramedics gave McClain ketamine that was in the therapeutic range.

Cina found the ketamine level in his blood was 1.4 mg/L (1,400 ng/ML), which is in line with the range of 1.0-6.3 mg/L that is found in people’s blood after a single administration. He cited Baselt’s Disposition of Toxic Drugs and Chemicals in Man.

And while the dosage McClain received was deemed too high for his weight, Cina wrote that it was still in the therapeutic range.

“Simply put, this dosage of ketamine was too much for this individual and it resulted in an overdose, even though his blood ketamine level was consistent with a ‘therapeutic’ blood concentration,” Cina wrote in the amended autopsy.

Cina explained in his report that “the manner of death is not a medical diagnosis and it is not determined by the autopsy.”

“In some cases, the manner of death may be deemed HOMICIDE but criminal prosecution may not follow (e.g. self-defense),” he wrote. “Conversely, certain cases with a manner of death of UNDETERMINED may warrant prosecution if the entire facts of the case indicate that this is appropriate.”

Morrissey also acknowledged he doesn’t know what other evidence the grand jury heard and saw in deciding to return true bills on the counts included in the indictment, and that there may be more evidence that led prosecutors to sign the indictment. But he said there will be a larger hurdle to get convictions than to obtain the indictments.

Morrissey said he thinks the case will end up being a “battle of medical experts.”

“Really, the question is, is what they did in administering a therapeutic amount, was that reckless based on everything they were confronted with? Or was that criminal negligence to give him what they were trained to give him?” he postulated. “So, that’s what the defense will focus on.”

Travis Pulliam, the president of the union Aurora Fire Fighters, said in a statement it was inappropriate for his organization to comment on the pending criminal charges. McClain’s mother, Sheneen McClain, and her attorney declined to comment on the amended autopsy.