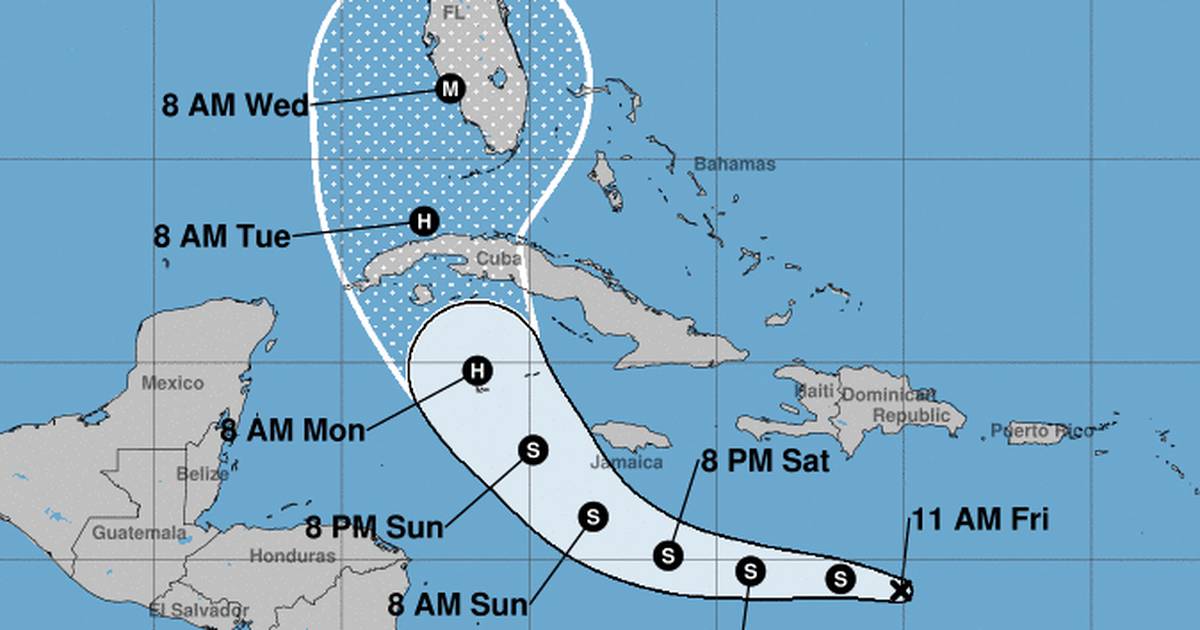 The newest tropical depression stirring in the Caribbean Sea is poised to strike Florida as a potentially powerful Category 3 hurricane early next week.

As of 11 a.m., the center of the storm system was located roughly 515 miles east-southeast of Kingston, Jamaica and 1,015 miles southeast of Havana, Cuba with 35 mph sustained winds, according to the National Hurricane Center. Based on its current trajectory, the storm is forecast to pass south of Jamaica Saturday night and into Sunday, and then move onto the Cayman Islands Sunday night through early Monday.

There are currently no warnings in effect, but the NHC urged both Jamaica and the Cayman Islands to “closely monitor the progress of this system.”

“The depression is expected to produce heavy rainfall and instances of flash flooding and possible mudslides in the areas of higher terrain in Aruba, Bonaire and Curacao,” the agency added.

“Heavy rains are also likely to spread into Jamaica, the Cayman Islands and Cuba in the coming days.”

Officials in Florida have also urged residents to keep an eye on the storm system. It’s currently forecast to strengthen to a Category 3 hurricane with winds of at least 111 mph by the time it strikes the Sunshine State.

The National Weather Service in Key West warned that the “current forecast implies major hurricane strength is a distinct possibility” and that tropical storm force winds could arrive as early as Monday afternoon.

“Therefore, any preparations should be complete by midday Monday,” the weather service said.

“Hurricane force winds are also possible for some portions of the Florida Keys, with the most likely time frame from the roughest weather Tuesday morning through Tuesday evening.”

While most of the Florida peninsula is in the depression’s forecast cone, it’s still unclear exactly where it will strike.