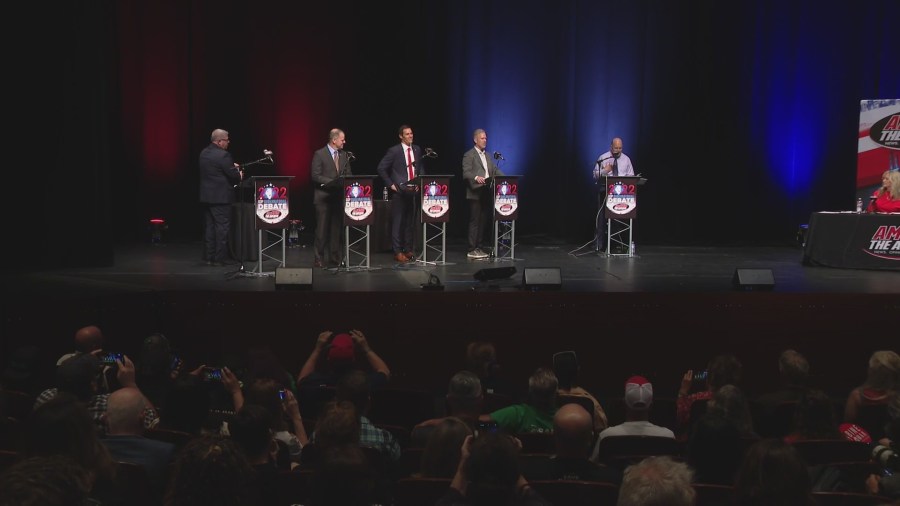 CHICAGO  —  GOP candidates running for governor of Illinois debated Thursday night in what would be the last face-off before Tuesday’s primaries.

Missing from the debate hosted by AM 560 was Attorney Max Solomon and Aurora Mayor Richard Irvin, an early front runner.


The statewide congressional races to watch ahead of primaries

Momentum has been shifting with just days left until the election.

A poll earlier this month by Ogden and Fry had Irvin in second place.

Bailey had moved into first place with more than 30% of decided voters. Sullivan polled third in the contest and has recently shown a surge in endorsements.