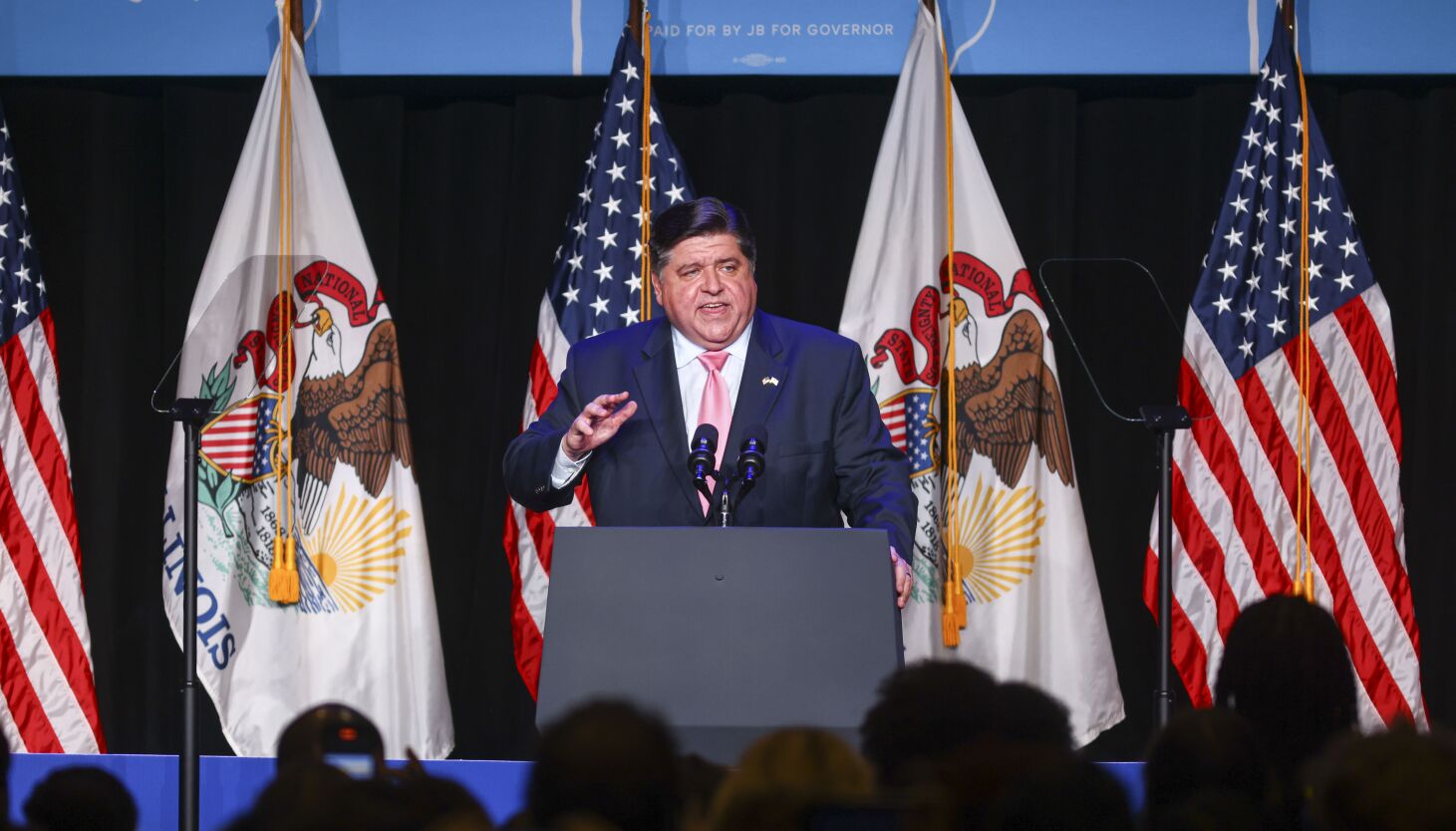 Far-right activist Dan Proft has proved time and time again that he is very effective at calling attention to himself and getting under Gov. J.B. Pritzker’s skin in the worst way.

Proft’s newspapers have, for instance, published several articles with photos of Pritzker’s daughter. Sometimes the stories were wrong, like when a false claim was made that Pritzker’s daughter was sitting outdoors at a Chicago restaurant with several friends in violation of the 10-person rule during the pandemic.

“It wasn’t her,” Pritzker told reporters back in November 2020, when COVID-19 deaths and hospitalizations were rising sharply. “But the picture falsely identifying her started making the rounds on social media, helped along by the trolls who permeate these social media platforms these days. My office put out a statement making clear this wasn’t my daughter. But that didn’t stop Republican elected officials, a network of propaganda publications in the state and some radio shock jocks from telling people that the picture was of my daughter, despite knowing that this was a lie.”

“Put yourself in the shoes of a high school girl who is being weaponized against her father by his political opponents. Weaponized with lies,” Pritzker said. Even so, the photo and the story are still online.

The papers, owned by parent company Local Government Information Services (LGIS), have run articles showing the young woman partying in the Bahamas outdoors, riding on a horse outdoors and having fun with friends outdoors at Lollapalooza.

Proft also co-hosts a morning radio show with Amy Jacobson, who spoke at a public rally against the governor’s pandemic mitigations and regularly showed up to Pritzker’s press conferences to ask loaded questions, to the point where she was eventually banned from the pressers, although the ban was lifted not long after.

Proft’s exact affiliation with LGIS is not clear. The print version is being mailed unsolicited on a regular basis to large numbers of registered voters. The latest edition features a front-page claim that Pritzker and his transgender aunt (a wealthy Republican who supported Bruce Rauner) are in league to eliminate the “myth” of gender, a claim that has been circulated by far-right websites for months.

The papers have also been accused of publishing incendiary, racist stories about accused criminals who would soon be released into suburban communities. Pritzker himself addressed that edition, calling it “messaging that’s coming from a racist political consultant.” The paper also printed wildly false claims by a state’s attorney who warned that the reforms in the now-notorious SAFE-T Act would bring the “end of days.”

It’s unclear who is funding the papers, but Proft also heads the People Who Play by the Rules PAC, an independent expenditure committee backing Darren Bailey’s gubernatorial campaign and funded solely by far-right billionaire Dick Uihlein.

Many journalists and others were stunned by the revelation. Proft’s papers have been accused of deliberately spreading disinformation and amplifying racism and homophobia.The Illinois Press Association has tried its best to point out that LGIS is not a member and the company’s papers are not actually news. That a respected publisher was printing and mailing those papers came as a shock, particularly since the Daily Herald has taken an active role in the Illinois Press Association.

Pritzker then goosed the story into overdrive by backing out of a debate hosted in part by the Daily Herald. Hours later, Paddock Publications announced that it had dropped its printing and mailing contract with LGIS, claiming it wanted no part in the fight between Pritzker and Proft, but denying that it did anything wrong. In a bitter response, Proft claimed that he was a “longstanding client” of the Daily Herald, so you gotta wonder how long the Daily Herald has been doing this.

The big loser in all this is the Daily Herald, which lost an incalculable amount of respect for its integrity that it may never regain because of its active participation in a tsunami of viral disinformation during dangerous times. Pritzker prevailed and was able to keep the focus off other important campaign issues. And Proft got attention for himself and his radio show and a platform to say things like calling Pritzker a “bedwetting, spoiled brat.”

The Sun-Times welcomes letters to the editor and op-eds. See our guidelines.