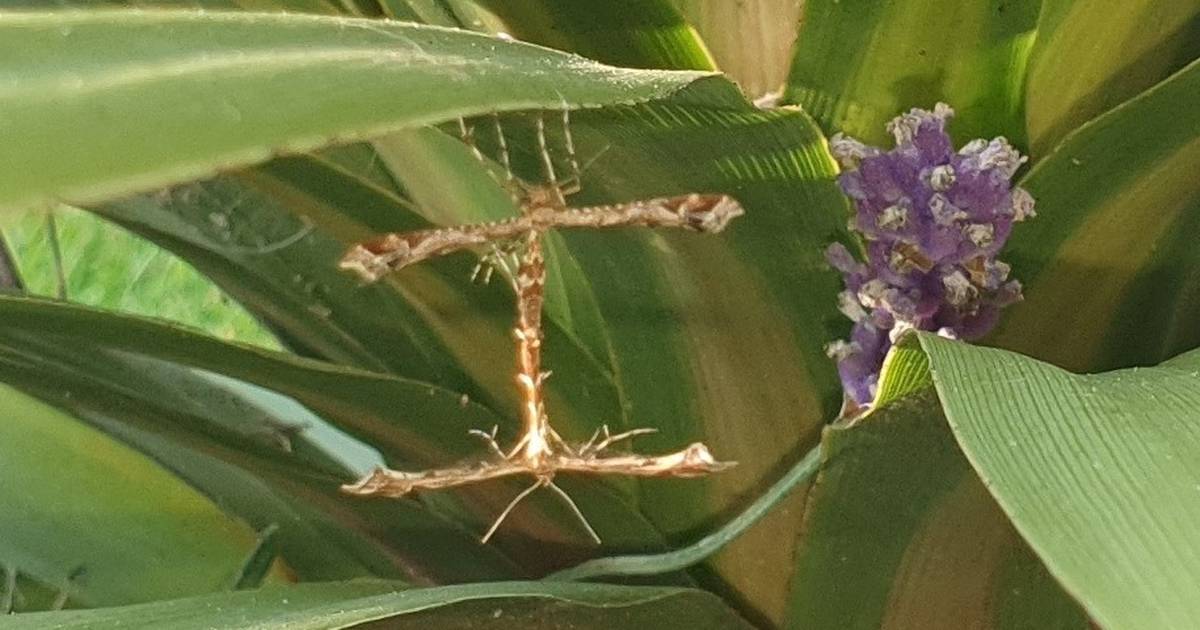 I spotted these mating insects in my back garden. I initially thought they were a species of fly, but on close inspection they appear to be moths. What species are they? Alan Thornberry, Dublin

This is a striking picture of two beautiful mating plume moths, so-called because their spread wings look like feathers or plumes. They belong to the category known as micro moths. It is a widely distributed species.

This amazing display of fungus appears on the side of this tree every year at this time. What is it please? Clara Clark, Dublin

These fungi appeared near a stream at the bottom of our garden. I was wondering what variety they are and if they are poisonous? Helen O’Mahony, Waterford

Hubert Fuller, my mycology lecturer in University College Dublin fadó, says they are both images of the dryads saddle, a species that causes white soft rot on deciduous trees. He strongly advises me to give no information on edibility because of the dangers in mistakenly identifying a poisonous mushroom as edible. Fuller also warns readers not to rely on the internet to identify collected specimens. As he grimly points out: “All mushrooms are edible — but some of them only once.”

Is this giant hogweed? I saw it on the road near Elphin; is it invasive or dangerous? Brendan Fox, Co Roscommon

Yes, yes and yes. It is the giant hogweed Heracleum mantegazziianum. Originally introduced as an ornamental plant in the 19th century, it has become an invasive species because it dominates the vegetation in which it occurs. It is dangerous if touched, because its sap can cause a serious photoallergic reaction (phytophoto dermatitis) that causes skin blistering when exposed to sunlight.

What is this bird of prey living near us in recent months? There seems a lot of calling back and forth and I’m not sure if it’s a lost chick. Philip Neville, Co Cork

It is a buzzard, a native species that has made a comeback naturally since lacing carcasses with poison was made illegal. Youngsters can continue to beg for food even after they have fledged, which is what the calling is about.