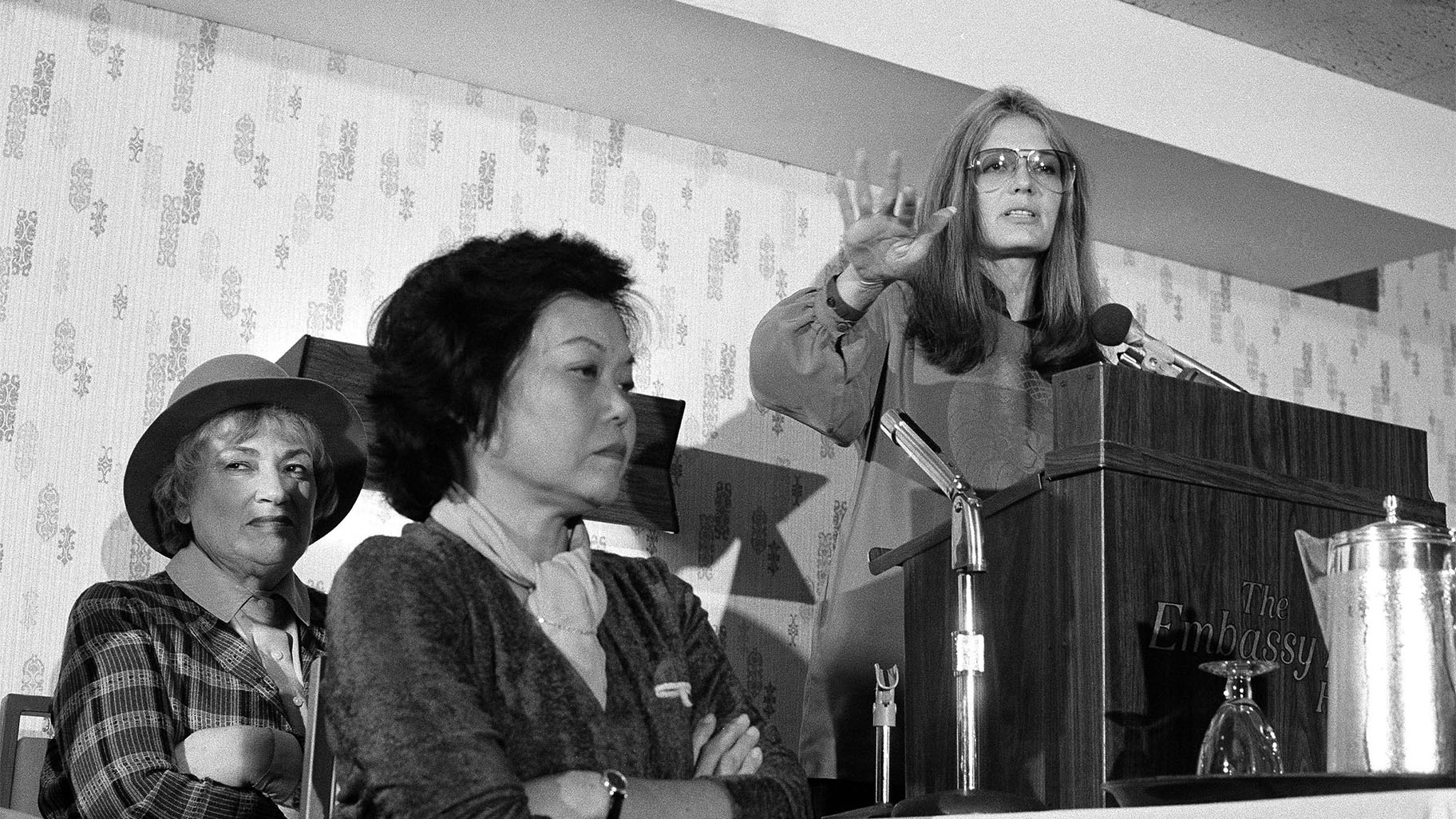 Video:  Nancy Lieberman, former professional basketball player and coach, plus Basketball Hall of Famer; Tatumn Melazzo, Defender for the Chicago Red Stars; and Jill Eid, executive director for the organization Girls on the Run join “Chicago Tonight to  talk about the groundbreaking law and the state of sports today. (Produced by Jennifer Cotto)

Title IX, the law best known for its role in gender equity in athletics and preventing sexual harassment on campuses, is turning 50.

It was signed into law by President Richard Nixon on June 23, 1972, after being shepherded through Congress in part by Rep. Patsy Mink, a Democrat from Hawaii who was the first woman of color elected to the U.S. House.

The law forbids discrimination based on sex in education, and despite its age remains a vital piece in the ongoing push for equality, including in the LGBTQ community.

WHAT DOES TITLE IX SAY?

The statute itself is one sentence long, language that was put together by then-Sen. Birch Bayh of Indiana, who died in 2019.

“No person in the United States shall, on the basis of sex, be excluded from participation in, be denied the benefits of, or be subjected to discrimination under any education program or activity receiving Federal financial assistance.”

Translation: The law is meant to ensure equity between men and women in education, and it’s broad, covering most K-12 schools and colleges and universities, as well as vocational schools, libraries and museums. That means it applies to tens of millions of students, as well as educators.

WHAT DOES TITLE IX COVER?

The law applies to several areas of education: athletics, the classroom, sexual assault and violence on campus, employment, discrimination, admissions, retaliation and even financial assistance with tuition.

It also has been extended to other forms of gender and sex discrimination; Title IX was invoked when the Obama administration advised that transgender people should be allowed to use the bathroom of their choice in schools.

HOW DOES TITLE IX AFFECT ATHLETICS?

In so many ways, and at the K-12 and powerful collegiate levels. Women’s and men’s teams are to be treated equally under the law, and schools should look to expand the opportunities for women to play sports.

This doesn’t necessarily mean that each sport will have exactly the same budget for equipment, facilities, travel or meals. For example, the women’s tennis team might have more money put toward racquets than the men’s tennis team. Athletic departments work under what is known as “equal in effect,” meaning a benefit for a men’s or women’s team in one area can be offset in another area as long as “the overall effects of any differences is negligible.”

In the hopes of ensuring compliance with Title IX, each athletic department at a college or university must provide annual Equity in Athletics Data Analysis reports. These track participation, coaching staff and salaries, revenues and expenses, including recruiting and game-day expenses.

For example, the University of Connecticut settled a lawsuit after its women’s rowing team won a temporary restraining order against being shut down. UConn was accused of putting inflated women’s rowing roster numbers (about 20 more than would compete) on its equity report, meaning the actual participation gap was “well above a viable team size.”

The bottom line is that all students are supposed to have a learning environment free from sexual harassment. When violations occur, the law is meant to help students get the problem resolved, which can mean moving to a different dorm, for example, or getting an alleged attacker removed from the school entirely.

Under new Title IX regulations that were finalized in 2020, students who come forward with abuse allegations may now face an in-person hearing and cross-examination by a person chosen by the alleged attacker. These rules have been criticized by Democrats and others for not fully protecting victims and for discouraging complaints, and the Biden administration is expected to propose new regulations soon.

The Associated Press reported that some universities saw a decrease in the number of complaints brought to Title IX offices.

Under Title IX, there’s a broad definition of discrimination that could involve students, faculty, administrators or staff. It also covers discrimination against pregnant people. The law has also been invoked to outlaw discrimination of LGBTQ students and educators.

Nothing in Title IX or its federal regulations explicitly protects LGBTQ people, but the Biden administration said last year that the law should be interpreted to protect against discrimination based on sexual orientation or gender identity. It was based on a 2020 Supreme Court decision ruling that LGBTQ people are protected from discrimination in employment.

As a result, the Education Department said it can launch a civil rights investigation if students are blocked from things like using bathrooms or joining sports teams that match their gender identities.

Tennessee and several other Republican-led states filed a federal lawsuit challenging that guidance; it has yet to be decided.

The Biden administration has signaled that its upcoming regulation will explicitly expand Title IX to protect LGBTQ students from discrimination. If finalized as a federal regulation, it would carry the force of law.

WHO OVERSEES TITLE IX IN SCHOOLS?

Every school and college is supposed to have at least one Title IX coordinator, whose function is to make sure the institution is in compliance with all arms of Title IX. Sometimes the officer is simply the school’s principal, while many universities have whole offices dedicated to Title IX compliance.

WHAT TYPES OF COMPLAINTS CAN BE FILED?

There are two types: local and federal.

Local grievances run through the school’s Title IX coordinator or office, which have procedures in place to handle cases involving sex discrimination, sexual harassment and sexual violence. The schools can dole out discipline for these grievances.

Those who believe their rights have been violated can also bring their cases to federal courts through Title IX lawsuits.