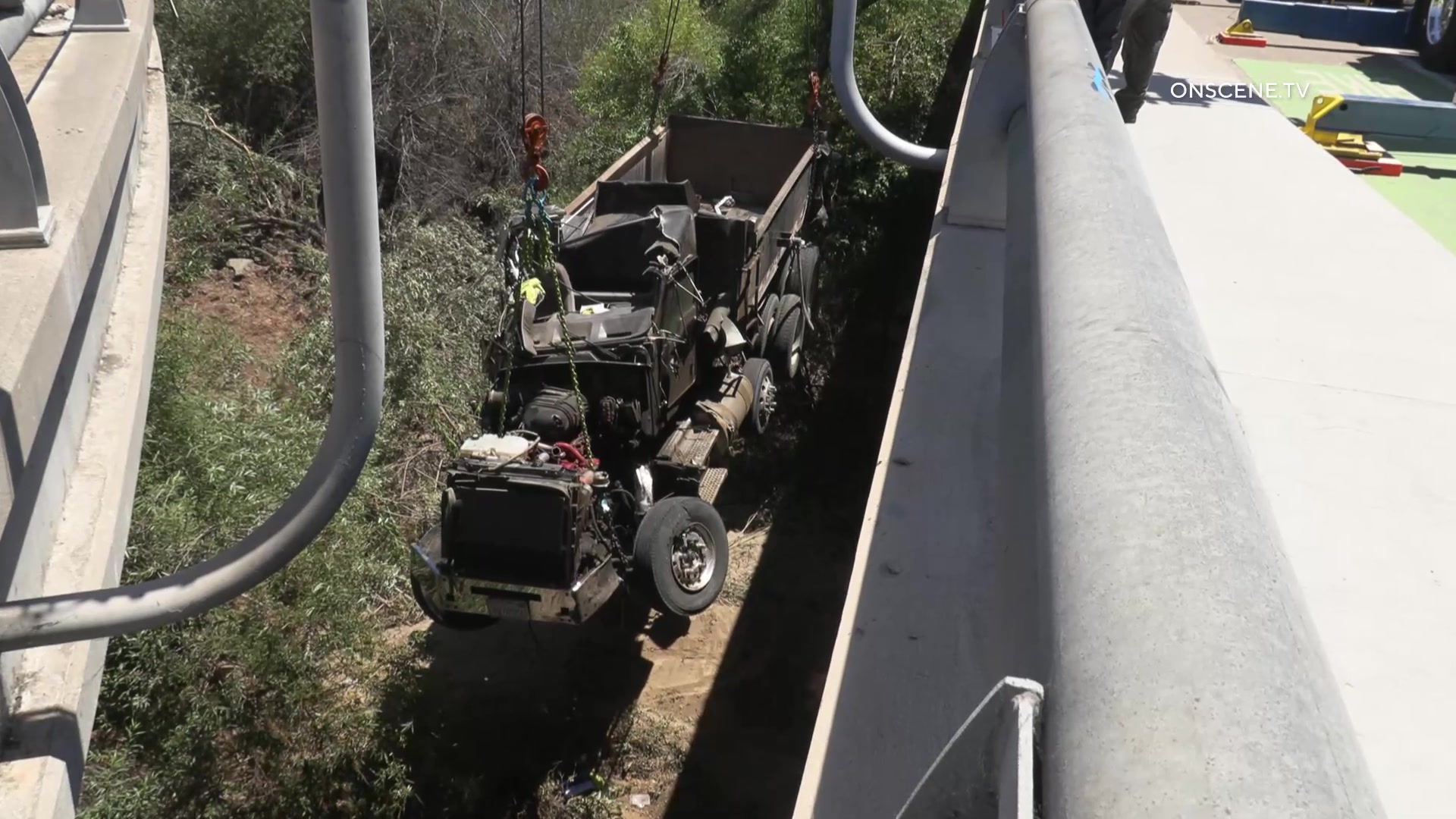 A dump truck veered out of control and crashed off a Mission Valley freeway off-ramp Thursday, causing a fuel spill and forcing a closure of traffic lanes for hours.

The commercial vehicle crashed off the elevated exit from westbound Interstate 8 to Morena Boulevard about 10:15 a.m., landing in the bed of the San Diego River, according to the California Highway Patrol.

The rescue, up to 50 feet below the highway, took about 45 minutes, OnScene.TV reported. Paramedics took the driver to a hospital for treatment of unknown trauma, public-affairs Officer Jesse Matias said.

OnScene described his injuries as major.

Authorities shut down the off-ramp along with the Morena exit from eastbound I-8 to allow for cleanup and investigation, Matias said. The closures continued as of mid-afternoon, the CHP said.