At the mid-way point of the Te Rito journalism training programme, Trenton Doyle of Te Whānau a Apanui, has been embracing what has been a rewarding roller coaster. “Te Rito has been a crazy experience. Lots of ups and downs but we’re learning new things every day. The media industry is very different from what it looks like on the outside. Our journalism training was top tier, and now we’re on placements in newsrooms, with each having their own unique flavour. The others in Te Rito also make it the best team to work with.”

The Te Rito initiative, established by New Zealand Media and Entertainment (NZME), Whakaata Māori, Discovery / Newshub and the Pacific Media Network, with support from NZ On Air’s Public Interest Journalism Fund, kicked off in February this year. Since then 25 cadets, representing multiple ethnicities, languages, and the rainbow and disability communities from all over the motu have been spending time as interns in some of our busiest newsrooms. Selected to develop and bring diverse voices into the journalism and broadcasting industry, the cadets have been finding their feet as early career journalists.

Last week, the Google News Initiative partnered with NZME and Te Rito Journalism Project to fund and set up a training camp for the cadets hosted at Ngā Kete Wānanga Marae marae in Tāmaki Makaurau.

Google News Teaching Fellow Mridula Amin ran a day of training focused on digital skilling and fundamental principles of digital tools and reporting. The cadets learned skills in recognising and verifying fake images or information, data sourcing and visualisation. For example, they spent time figuring out how to geolocate videos and images from Europe and Australia using mapping and reverse search technology. They then created their own stories in Google Earth using locations significant to their communities before ending the day with podcast training. The group brainstormed ideas and how they would create a pitch and plan. 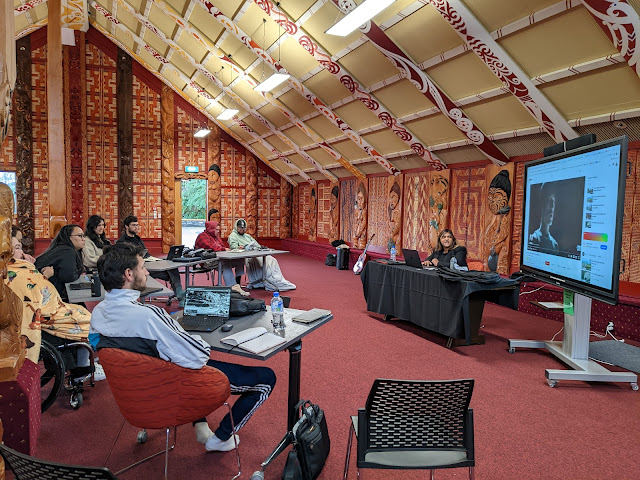 Trenton said “The programme has been a whirlwind. We’ve learned new things every day, and met hundreds of new people, all while trying to hone our new craft. I reckon the Google sessions we had gave us a massive leg up. We had no idea just how much technology was available to journalists these days.”

New Zealand media has so much to gain from the stories coming from the voices of these Te Rito cadets. We hope the future digital journalists, investigative reporters, editors, news anchors and long form storytellers of Te Rito can use the digital skills and sense of community that developed at the camp to engage news audiences across Aotearoa New Zealand. 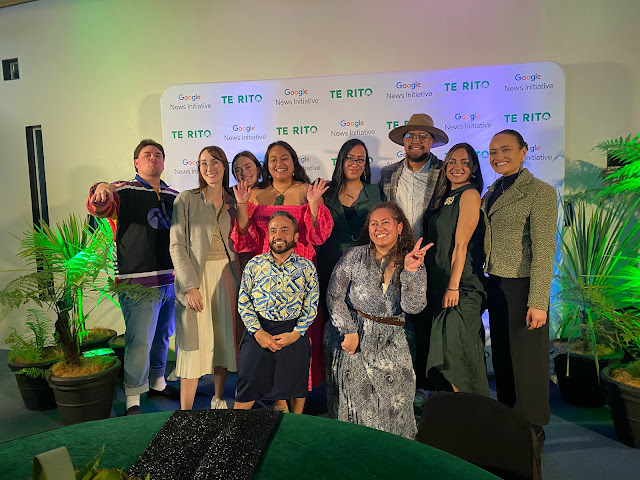