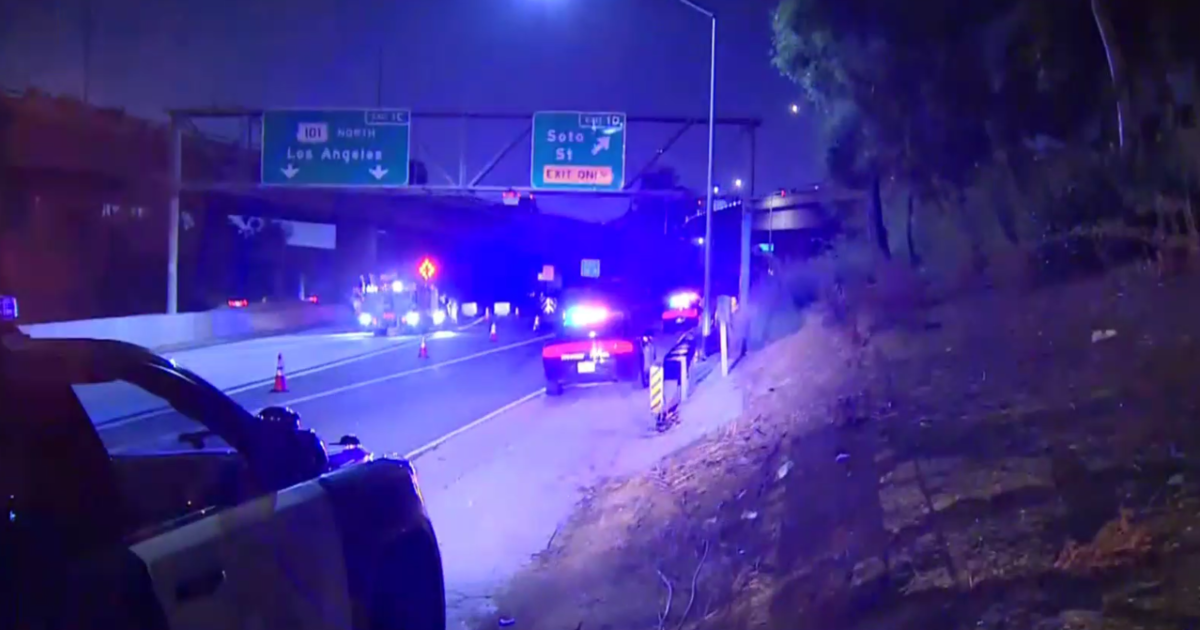 Authorities were investigating the discovery of a body in a tent off of State Route 60 in Boyle Heights early Friday morning.

California Highway Patrol officers, along with Los Angeles County Coroner’s Office officials were both dispatched to the scene a little before 4:15 a.m., near the Soto Street offramp of the westbound lanes of SR-60.

As a result, a Sigalert was issued for at least an hour’s duration.

According to CHP, the body was discovered by two homeless men who lived in the same area, who told Caltrans construction workers that were working nearby.

A Major Accidents Investigation unit was called to the scene by CHP officers on hand.

The circumstances surrounding the death were not immediately known.

This is a developing story. Check back for details.

The CBS LA Staff is a group of experienced journalists who bring you the content on CBSLA.com.