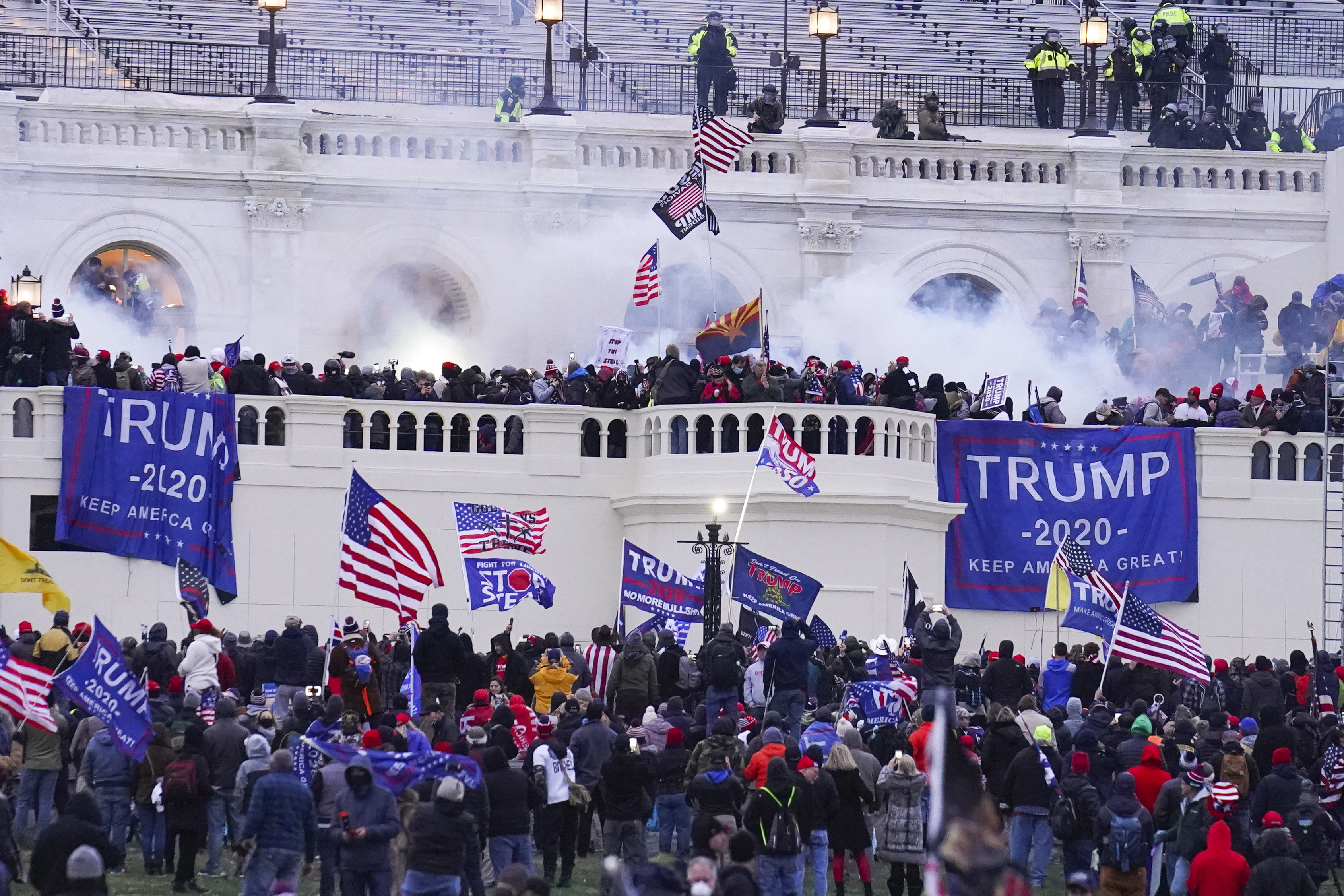 A Colorado man was sentenced Friday to two and a half years in prison for his involvement in the breach of the U.S. Capitol on Jan. 6, 2021, according to a Department of Justice news release.

Thomas Patrick Hamner, 48, of Peyton, fought with police officers alongside a crowd of violent rioters who assembled on the west side of the Capitol, and participated in a tug of war with officers, the U.S. Attorney’s Office for the District of Columbia said.

Hamner was arrested in November 2021 in Colorado Springs and charged with six counts,  including engaging in physical violence in a restricted building, civil disorder, and assaulting, resisting or impeding certain officers with a dangerous weapon. The El Paso County resident pleaded guilty in May to interfering with law enforcement officers during a civil disorder.

After his prison sentence, Hamner will be placed on three years of supervised release and pay $2,000 in restitution.

Hamner and rioters used their hands, rope and straps while trying to pull down bike racks and break through a barrier, court documents said. About 1:40 p.m., Hamner and others pushed a large metal Trump sign into police officers lined up to defend the Capitol.

Hamner’s attorney, Jennifer Beck, did not immediately return a request for comment.

More than 870 people in nearly all 50 states have been arrested since Jan. 6, 2021, on suspicion of crimes related to the breach of the Capitol.

Hamner is among at least a dozen Coloradans charged with federal crimes, including former Olympic swimmer Klete Keller who pleaded guilty in September 2021 to a count of obstruction of Congress.  In July, a Colorado Springs man who worked as a pastor in Florida was arrested in Denver and accused of breaching barricades to storm the Capitol.

If it seems like just the other day that the Avalanche celebrated a Stanley Cup victory, well, it was. But…