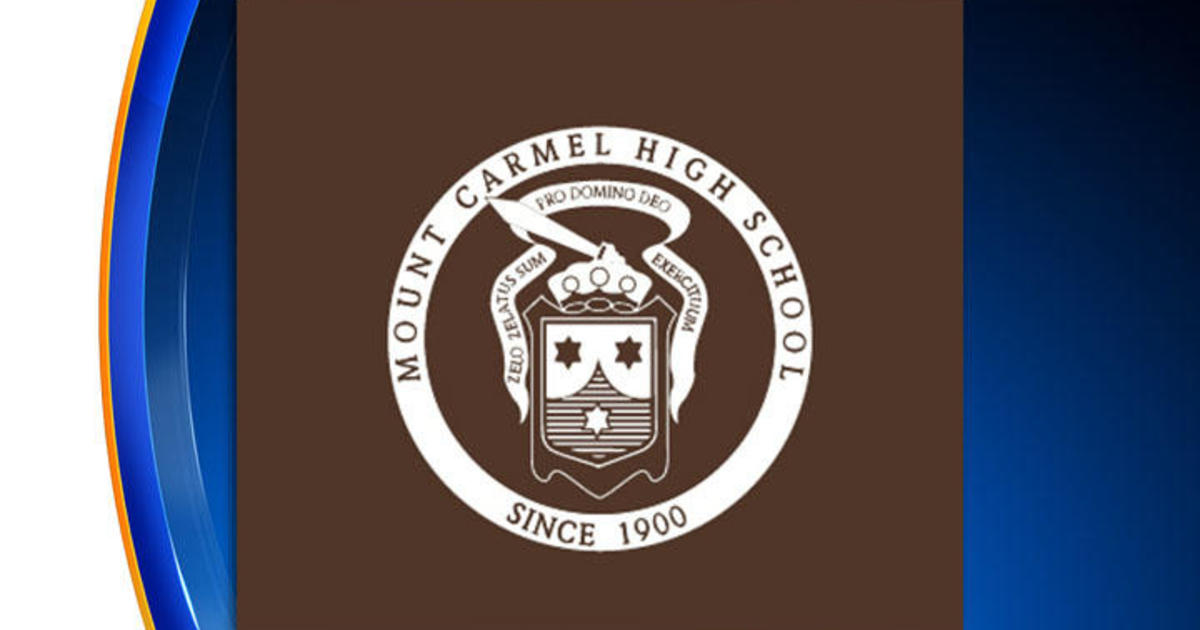 CHICAGO (CBS) — Mount Carmel High School in the Woodlawn neighborhood is considering going co-ed, after nearly one and a quarter centuries as an all-boys’ school.

Mount Carmel, at 6410 S. Dante Ave., will make a decision in August on whether to begin admitting girls beginning in the fall of 2023. The leaders of the school have invited the wider school community to weigh in on the issue.

The mostly lay board of directors of the school, and board of members composed of Carmelite Roman Catholic priests and brothers, will meet separately to make a final decision on Aug. 9 and 10.

Mount Carmel was founded in 1900, and emphasized its legacy of teaching young men who have been sons of “laborers, steelworkers, executives, and professionals.” Its reputation grew beyond the city’s South and Southeast sides, and its student body diversified racially, ethnically, religiously, and economically – but the experience of a Catholic education involving rigorous academics, discipline, faith, and athletics remain the main draw, the school said.

“As an iconic Chicago institution, Mount Carmel has from its founding embraced bold action in order to form young people to live with ‘zeal for God, for life, for learning,'” school president Brendan Conroy said in a news release. “Our graduates are leaders in all fields. The Catholic, Carmelite values that have imbued the Mount Carmel experience for many generations deserve a continued prominent place in the educational landscape of Chicago.”

Mount Carmel has continued to attract students, and has even grown its market share in terms of families seeking an affordable, all-male Catholic high school education with college preparatory goals, the school said.

Now, 122 years after the school was fonded, school officials “feel strongly” that it is time to consider whether the same opportunities should be provided to young women at Mount Carmel, the school said.

“Mount Carmel has never rested on its laurels, always seeking excellence and growth and challenging norms. The Carmelites applaud this exploration, since it intends to build on the strengths of an already strong school, Fr. Carl Markelz, O. Carm., Provincial of the Carmelites and a former principal and president of the school, said in the news release. “Now is the time for the Mount Carmel community to enter into constructive dialogue about coeducation.”

The school noted that growth has been “elusive” for single-gender Catholic schools in the Chicago archdiocese, and meanwhile, fewer students are coming out of Catholic elementary schools. Mount Carmel said it attracts students from numerous Catholic, public, and private schools alike, and leaders have noted that co-ed Catholic high schools are the ones seeing the growth.

School leaders will listen to stakeholders – students, parents, employees, alumni, and donors – before they make the decision about whether to go co-ed.

“We look forward to constructive dialogue as a family of Mount Carmel. There are so many people who care deeply about the school—students, teachers and staff, alumni, parents, donors and benefactors, and we’ll be taking time with each to share and learn,” Conroy said in the release. “All have a high interest in ensuring Mount Carmel will thrive for the next 120 years.”

Information and Listening Sessions will be held this summer for that purpose. Students, parents, alumni, and donors may go to the school website to learn more, and may share opinions and ask questions by emailing [email protected].