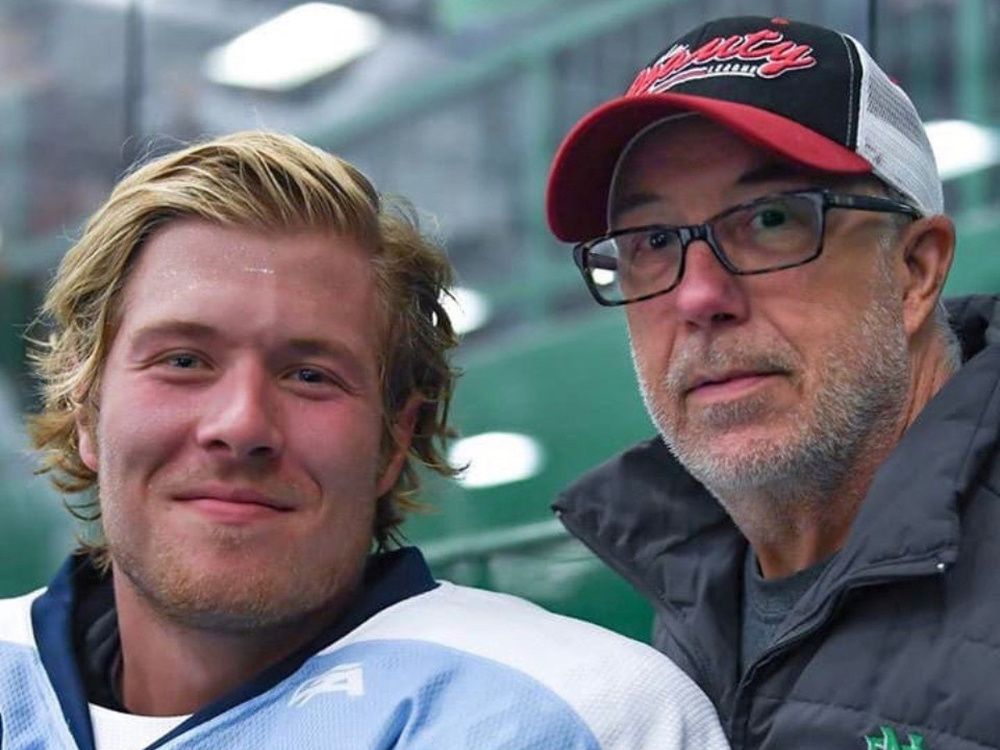 Tolstoy once wrote that “only people who are capable of loving strongly can also suffer great sorrow, but this same necessity of loving serves to counteract their grief and heals them.”

When Boeser last spoke publicly in Vancouver, his father Duke, his No. 1 fan, was gravely ill. People around the team knew his father wasn’t well, but the depths of his illness wasn’t well known.

It wasn’t until late in the season that Boeser told his teammates how badly his father was doing. He’d kept it inside for a long time.

“When you spend as much time with those guys, they’re some of your best friends. Everyone’s been so supportive,” Boeser said. “I’m not a guy to really talk about that stuff, like last year, to try to make an excuse or anything. I didn’t really open up with those guys until the end of the year of how bad everything was … when I did open up they were sending me texts and checking in on me in the summer. That meant a lot.”

Duke died in late May. He’d battled Parkinson’s and cancer for a decade, and had more recently been stricken with early-onset dementia.

Life for Laurie, Brock’s mom, was especially hard. She’d tried placing her husband in an assisted-living facility but that had proven too difficult. For the most part, she’d served as Duke’s primary caregiver at their suburban Minneapolis home.

Over the 2021-22 season, she kept Brock and his sister, who also lives in Minnesota, apprised of how things were. Occasionally, she’d update a family web page so friends and family knew how things were going.

It all weighed on Boeser, who kept playing because he knew that what his dad loved him doing, but at times the emotions he was feeling dragged him down.

By the end of the season, Duke wasn’t even able to be at Xcel Energy Center in St. Paul, for the Canucks’ last visit of the season to face the Wild. He’d never missed a Canucks visit to the Boesers’ home state before.

In his actions — like when he took a super fan to her high school prom while he was still playing at the University of North Dakota — and in conversations, it’s always been clear that Boeser is someone who feels his emotions deeply and cares a lot about those around him.

And so you suspect that Tolstoy’s statement about grief applies to him. His loss is deep. His dad was everything to him. But his dad has also been released from his pain — and so has his mom.

“Last year obviously (was) a very tough year mentally,” Boeser said Thursday. “I know with my dad’s passing, there’s just not as much to worry about. I can really focus on hockey.”

From the moment Boeser arrived in the NHL, it was clear his top talent was scoring goals.

He’s always talked about 30 as being a target for him. He had 29 in his rookie season, 26 the next year.

The last two seasons he managed just 23. That’s a nice number for most players, but for a guy who considers himself as a sniper, that’s not a good number.

“This is the year,” he vowed Thursday when asked about finally hitting 30.

Hitting 30 would be a statement about the state of his career. He’s 25 now. He turns 26 in February.

This is the prime of his career.

He signed a three-year deal this summer that will pay him US$6.65 million. That’s a raise over his last contract, but actually a small decline from what he was due for the 2022-23 season, based on the qualifying offer his last deal called for.

It’s a salary that reflects the team’s belief in the kind of player Boeser can be, a leading winger on a team that should be in the playoffs and could contend for the Stanley Cup in a season or two.

“We believe he is capable of being a better player moving forward,” GM Patrik Allvin affirmed July 1, when the team and Boeser agreed on a new contract.

Boeser’s mom is in the process of selling the family house. It’s just too painful, too strange, too empty for her to stay there. She’s going to live, along with his sister Jessica, in Brock’s house for the time being.

But once November arrives, his mom is going to come visit him in Vancouver for a while, and will catch some games on the road too.

“My mom’s going to be able to travel and see me playing a lot of places and come out here,” Boeser said. “That’s really exciting for me. (To) see her a lot and just being able to really focus on the game now and, help our team win, it’s really exciting.”