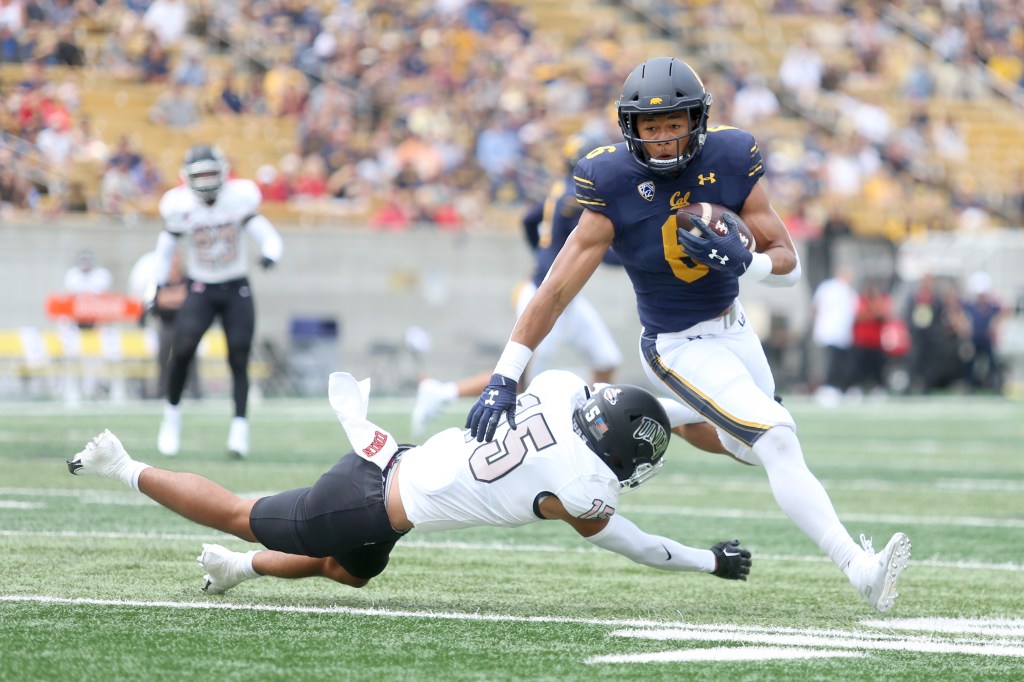 BERKELEY — Cal and Arizona have played some unusual football games over the past three decades. That’s actually putting it mildly.

In 1996, Pat Barnes passed for 503 yards and eight touchdowns in the Bears’ 56-55 quadruple-overtime victory, which wasn’t secure until Arizona coach Dick Tomey’s trick play for a two-point conversion failed.

Then there was last season, when the Wildcats arrived with a Pac-12 record 20-game losing streak and Cal arrived without 24 of its players and several assistant coaches, left home due to COVID-19 protocols.

It was an eyesore of a game, with Cal piling up more punts (11) than first downs (9) and the Wildcats escaping with a 10-3 victory.

Coach Justin Wilcox had recruiting staffers helping out as assistant coaches and flew in a former equipment manager to assist.

“It was all hands on deck at every level,” Wilcox said. But without quarterback Chase Garbers, the Bears went nowhere.

Last year’s bizarre game has not been a big topic of conversation this week, Wilcox said.

“It’s two different teams under different circumstances, different dynamics in play,” he explained. “We’ve got to take a significant step forward as a team.”

The Bears (2-1) and Cats (2-1) enter the Pac-12 opener each hoping to show they can be a serious player in a conference still boasting five unbeaten teams and four entries among the first 18 in the AP Top 25.

Cal could have taken a big step forward last week at Notre Dame, where it led 7-0 early in the second quarter, 10-7 at halftime and 17-14 entering the final period, but lost 24-17.

“Obviously, we’re not playing to our potential,” senior center Matthew Cindric said. “We’ve done things in spring and fall camp that were really good, and showed flashes of it this season. I don’t think it’s a lack of confidence. We just need to be more consistent.”

Cindric is one of the Cal players left home from Arizona a year ago. While some of his teammates were sidelined through contact tracing, he actually contracted COVID that week.

Watching the game on TV while quarantined in his apartment, Cindric admitted, “You felt a little bit helpless.”

Nose guard Ricky Correia also missed the game after testing positive. He lost his sense of taste and smell for a month or so, but not his sense of pride for his shorthanded teammates.

“I have nothing but praise for them,” he said. “It was a crazy, jumbled-up situation. People want to use that as an excuse (for losing), but we never wanted to.”

The Wildcats are a much-improved team, starting with quarterback Jayden de Laura, who poses a threat as a passer and scrambler.

“He’s like a backyard football player,” Correia said. “He likes to run around back there and just chuck the deep ball.”

A transfer from Washington State, de Laura replaces Will Plummer, the starter a year ago but now fifth on the Arizona depth chart. Big brother Jack Plummer, now Cal’s starter, was at Purdue last season when Will earned a game ball for his efforts against the Bears.

“Obviously, it was awesome to see him win a game, especially because it was the first win they’d had in a while,” said Jack Plummer, who acknowledges not having a complete grasp of Cal’s circumstances from West Lafayette, Indiana.

“I’ve heard stories about kind of the mess it was,” he said. “I think it’ll be back to normal, just playing another game for us.”

For punter Jamieson Sheahan, that would mean not being called on to kick the ball away 11 times, as he did last year.

“I would be more than happy to sit there and have the best seat on the house and watch our boys win,” Sheahan said.