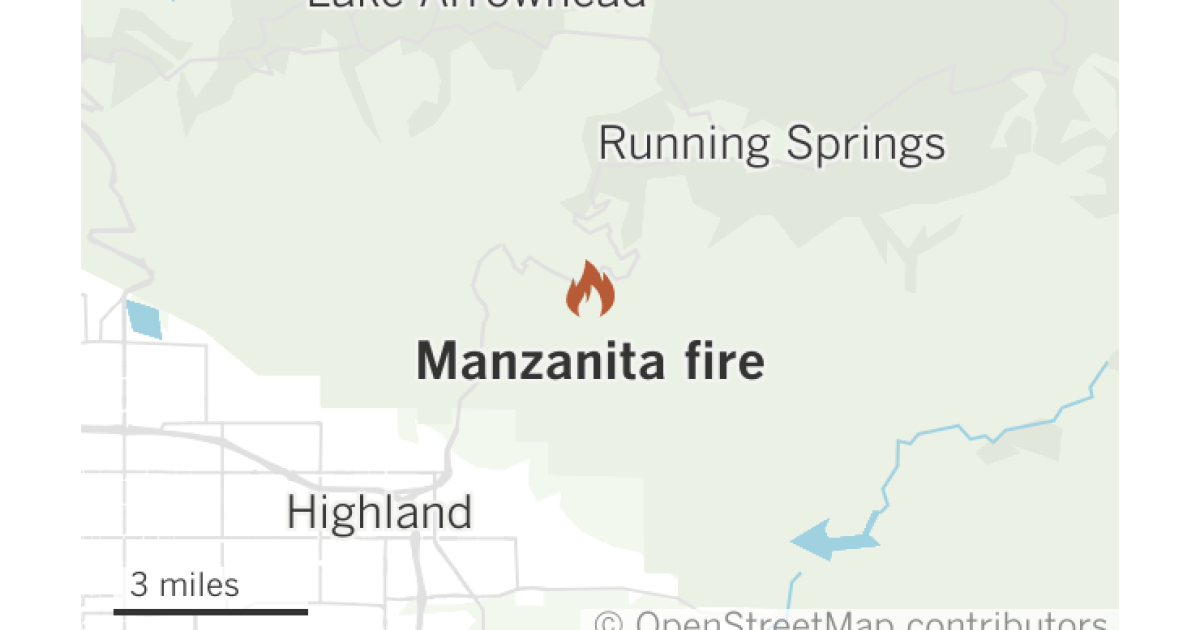 A brush fire that broke out Friday in the San Bernardino Mountains had consumed at least 50 acres by late afternoon.

Flames were spreading rapidly, according to the San Bernardino County Fire Protection District.

Firefighters responded around 3:35 p.m. to a report of a vegetation fire on the southeastern portion of Keller Peak, the U.S. Forest Service said. Crews are focusing on stopping the blaze’s forward progress along the ridge line.

Highway 330 was closed in both directions from Highland Avenue to Live Oak, according to Caltrans District 8. Motorists are being told to avoid the area.

This is a developing story and will be updated.