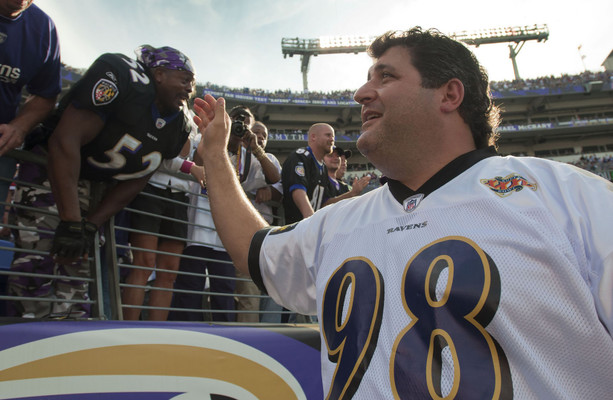 Siragusa, a defensive tackle on the Ravens team which beat the New York Giants in the Super Bowl in 2000, passed away at the age of 55.

His death was confirmed by Indianapolis Colts owner Jim Irsay. Siragusa spent six years with the Colts between 1990 and 1996 before finishing his career in Baltimore.

“The Goose squeezed 200 fun-loving years into 55!!” Irsay wrote on Twitter, referring to Siragusa by his popular nickname.

“He was one of the most physically strongest players I have ever seen in 50 years.”

The cause of Siragusa’s death was not immediately known.

News of Siragusa’s passing came just hours after the Ravens confirmed the death of outside linebacker Ferguson at the age of 26 late Tuesday.

“We are profoundly saddened by the passing of Jaylon Ferguson,” the Ravens said in a statement.

“He was a kind, respectful young man with a big smile and infectious personality. We express our heartfelt condolences to Jaylon’s family and friends as we mourn a life lost much too soon,” the club added.

Ferguson’s cause of death was not disclosed.