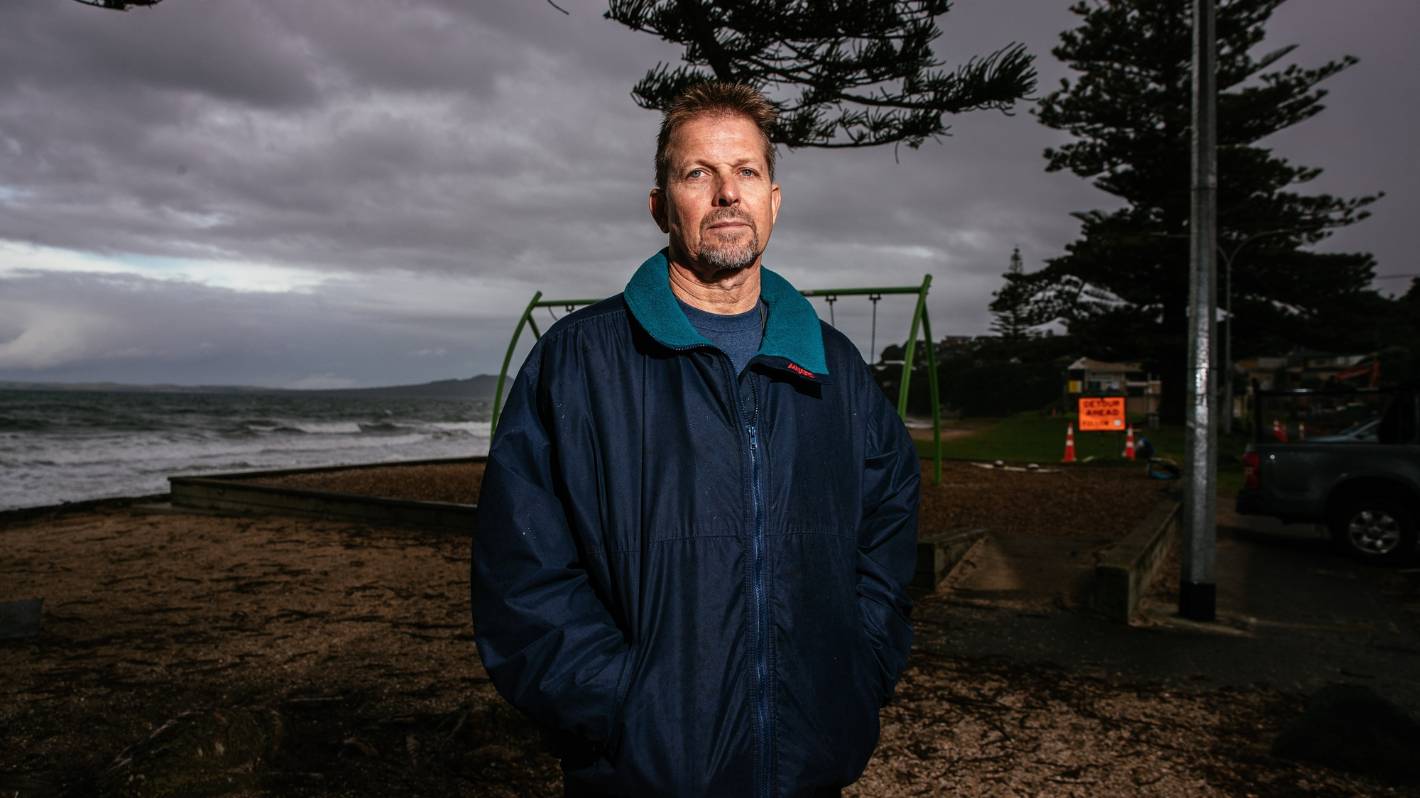 A man who intervened during the Auckland stabbings attack on Thursday said he doesn’t want to be thought of as a hero and hoped anyone else would do what he did.

Ian Kingon, 58, was one of four men who followed the alleged attacker from Murrays Bay to Mairangi Bay in Auckland’s North Shore.

Police said four other people were stabbed, and all went to hospital with moderate injuries.

The man was “corralled” by four members of the public, including Kingon, before one of them stopped the alleged attacker with a walking crutch.

In the final moments of the episode, Kingon put himself between the alleged attacker and a group of women with their children, who were playing at Mairangi Bay beach.

“Grab your kids and run!” he shouted at them.

“If he gets near these kids there’s going to be carnage,” Kingon recalls thinking.

“There was panic galore.

“I just did what needed to be done,” said the man who shunned the word “hero” when it was put to him.

But a second swing connected with such force it snapped the hospital-grade walking crutch in two, Kingon said.

Within a couple of minutes police arrived. Kingon said the entire pursuit had lasted somewhere between 15 and 20 minutes.

Mums at the beach with their kids for a play date at around 10:30am said a lady came and told them to take their kids and run.

“I feel for all the people that witnessed that… It’s absolutely terrifying when your children are under threat,” he said.

Kingon was working from home and was out for a lunchtime walk, taking his neighbour’s dog with him.

“It was such a gorgeous day.”

He said he was on Gulf View Rd, at the corner by Murrays Bay beach when a woman “came up, shouting for help”.

“She’d been stabbed on the beach and the man was still there,” he said.

Kingon and another man set off in pursuit of the alleged attacker.

“As I got there, the man was on the beach trying to stab the next woman.”

Kingon said the woman dodged the attack began running away along the beach.

Kingon and the second man followed the alleged attacker, who turned back onto Beach Rd, running past the Murrays Bay Sailing Club.

They followed along Beach Rd and up Bournemouth Terrace.

Kingon said the man would turn to look at him and the other man in pursuit, but he didn’t threaten them.

Kingon described the man’s demeanour as “unemotional” and “detached”. He didn’t speak to the two men in pursuit.

He said they didn’t try to physically overwhelm the man and instead they just followed him. The second man’s wife joined them and said she was on the phone with emergency services.

As the group progressed through Mairangi Bay, they were joined by two tradies.

The man ran down a pathway and down a flight of stairs, where Kingon said the man began to lose his legs from under him. At this point he said the only words of the entire chase: “Oh s…, oh s…, oh s….”

Kingon said the four men continued to follow the alleged attacker down Montrose Terrace, to where it runs beside Mairangi Bay beach.

Eventually, the man reached some fencing that was blocking the street during construction of a new wastewater system.

He was stuck, with three men on one side and on the other, Kingon, who had moved between the man and families enjoying a day on the beach.

“I think he was starting to feel like he didn’t have anywhere to go…” said Kingon. “There’s three there and one there. ‘Let me go towards the one.’”

The man was brought to the ground.

“And he went down and the four of us were able to get around him and say, ‘Do not get up.’”