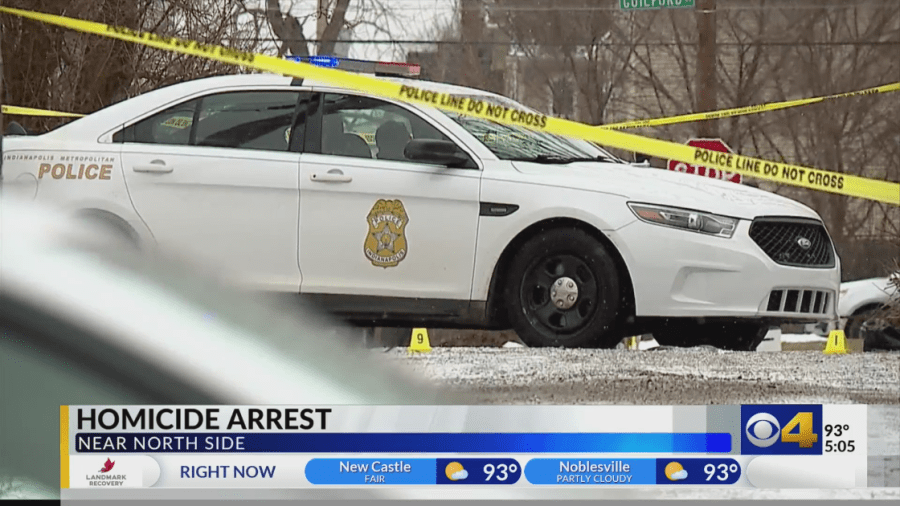 INDIANAPOLIS — Wednesday afternoon, Indianapolis Metropolitan Police Department (IMPD) announced an arrest in the February homicide of Cynthia Shouse, who was found beaten and left in an alley on the near north side.

Her body was discovered on the morning of February 12, in the 2600 block of Winthrop Avenue. She was declared dead at the scene, and the case was initially treated as a death investigation.

In April, the Marion County Coroner’s Office determined the manner of her death to be a homicide. The cause of Shouse’s death was hypothermia with contributing factors of blunt force injuries to the ahead and acute alcohol and methamphetamine intoxication.

Wednesday morning IMPD’s Violent Crimes Unit made an arrest of a man for his alleged role in the homicide. Police are not releasing his name at this time.

Shouse’s family has been hoping to see something happen in her case for the past few months. FOX59 spoke with her sister prior to news that an arrest had been made.

“She was extremely funny. Crazy about her kids. She had six grandkids. She was a free spirit, she pretty much would say whatever came to the top of her head,” said Nicole Ross, Cynthia Shouse’s sister. “It’s been difficult, with all the holidays that came up right after her passing.”

Ross described the extent of the injuries her sister had when she was found.

“He didn’t just slap my sister around, he beat her. She had gashes in her face, like two inches wide,” said Ross. “She had a cut above her eye. And he pulled her out of the backseat of his car.”

Surveillance video from a nearby business showed a car stopping early that morning, the driver pulling Cynthia out of the back and leave her.

“I cant imagine someone’s last moments on earth being like that, someone actually doing that to someone,” said Bryan Rabb, who owns a business near where Cynthia was dropped off. His cameras recorded the events of that morning.

Since her death, the family has made a makeshift memorial where her body was found. However, Ross said it was difficult to put together.

“It was rough, cause I knew explicit details of where he originally dumped her. And then where that makeshift memorial is, is where she crawled to, trying to get up and fight for her life,” said Ross. “I just wanted her to know that she wasn’t out there by herself and that we love her and we’re there with her.”

Unfortunately for Cynthia’s family, this is not their first time dealing with such a tragedy. Ross said they had another sister who was murdered.

“Nothing is ever going to bring my sister back. Her kids, they never have a mom ever again. And that’s rough. My mom, I’m her only daughter now,” said Ross. “I don’t think you ever get closure in situations like this. It gives you a little bit of piece of mind to know that at least something is being done about it.”

Police are still seeking information in this case. If you know anything about Shouse’s death, you can call Detective Jeremy Ingram at the IMPD Homicide Office at (317) 327-3475 or e-mail the detective at [email protected]

Also, information can be provided anonymously by calling Crime Stoppers of Central Indiana by calling (317) 262-TIPS (8477).