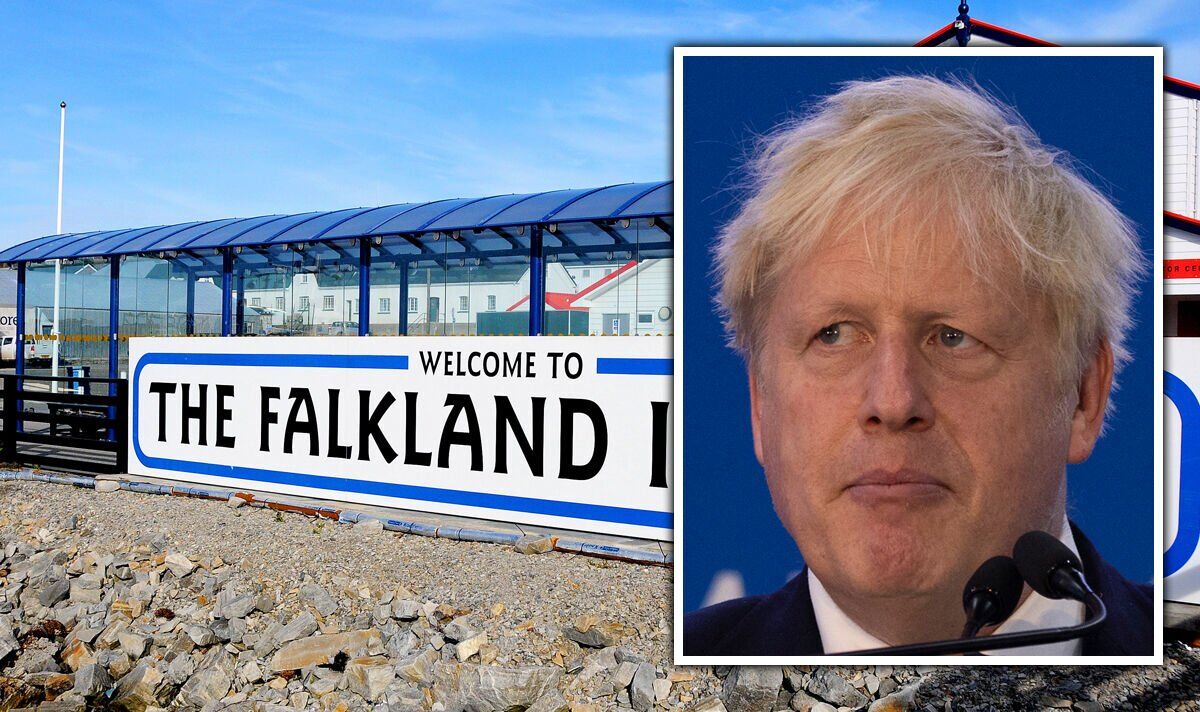 Argentine foreign minister Santiago Cafiero met on Wednesday with UN Secretary-General Antonio Guterres, where he reiterated the country’s interest in a UN Good Offices Mission for the UK to resume sovereignty talks.

Mr Cafiero said on Twitter: “I spoke with the Secretary General of the United Nations, Antonio Guterres.

“His intervention is key for the United Kingdom to resume negotiations on the Malvinas Islands.

“We also talked about food security and Argentina’s role in the new global context.”

Mr Cafiero’s meeting came ahead of his address to the UN Special Decolonization Committee, C24.

Argentina claimed its historic rights over the Falklands before C24, as well as its territorial integrity and the support of International Law and a long list of international resolutions.

They also noted UK abuses of its condition as a member of the UN Security Council.

In a statement, Argentina added they will address as well as what they regard as a contradiction where “Boris Johnson leads the crusade demanding respect for Ukraine’s territorial integrity threatened by Russia, it simply ignores International Law and territorial integrity when it comes to the Falkland/Malvinas Islands”.

At 5.41pm, Mr Cafiero posted on Twitter: “We celebrate the approval of the draft resolution of the United Nations Decolonization Committee so that the claim of sovereignty over the Malvinas Islands remains in force.

“It is time for the UK not to be afraid of peace and get back on the path of dialogue.”

READ MORE: Commonwealth countries in full – and the ones that might break away

It comes after Argentina claimed its people are victims of British colonialism while British ministers marked the 40th anniversary of the Falklands War.

Guillermo Carmona, Argentina’s Secretary of Malvinas, Antarctica and South Atlantic, responded to a video of Liz Truss commemorating the conflict.

He said: “The victim of British colonial action is the Argentine people, who have been deprived of freely determining a part of their territory since 1833.”

Mr Carmona then added: “The negotiated solution to the sovereignty issue is not avoidable under the pretext of the outcome of a war.”

Mr Carmona said the UK “must comply” with UN resolutions to negotiate on sovereignty, something which Britain has demurred from.

Brexit POLL: Do you agree with Lord Frost that Brexit is working?

UK told it will ‘vanish’ in Putin nuke threat

Argentina has never officially owned the islands, which were uninhabited before being settled on by British, French and Spanish colonists.

The British reasserted rule of the islands in 1832, following Argentine attempts to install a garrison on the islands.

Argentina has contested a claim to the Falkland Islands ever since, attempting an invasion in April 1982.

In March 2013, the Falkland Islands held a referendum on its status. 99.8 percent of the inhabitants polled voted in favour of remaining a British overseas territory.