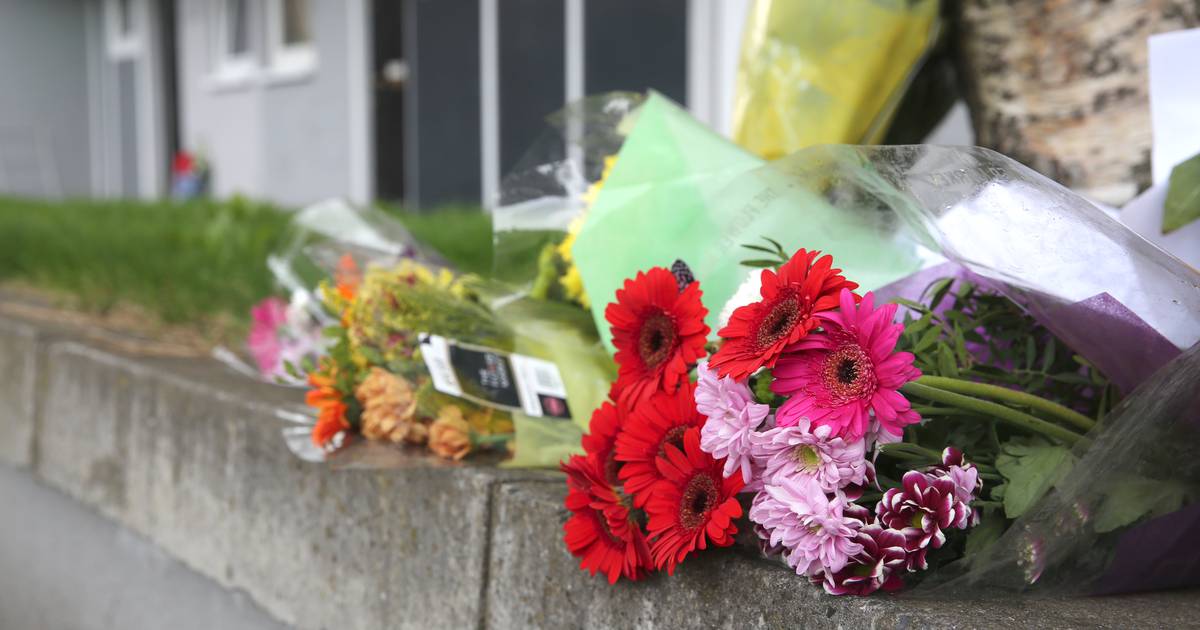 Introduced as a trial in Dublin more than a decade ago, Housing First has become in the years since the favoured approach nationally for moving homeless people off the streets and out of hostels.

Under Housing First, single homeless adults are given their own flat in a bid to bring stability into their lives, and are then provided with supports by State-funded charities to help them work on addiction or mental health problems.

Tenants, such as one who lived in Kevin Barry House in Coleraine Street in Dublin, receive weekly visits, or daily if need be, from staff in the Peter McVerry Trust, Focus Ireland, or the Simon Community.

In the aftermath of a violent killing earlier this month in the Kevin Barry House flat managed by the Peter McVerry Trust, homeless services are concerned the controversy could damage trust in a long-held policy.

A Garda murder inquiry and two separate internal investigations have been launched into the death of Tony Dempsey (28), whose body was found in the north inner-city flat three weeks ago.

Dempsey had been one of a group of people gardaí believe were using the flat to take drugs. It is suspected he died after a violent assault, with his body lying in the flat for around a week before emergency services were alerted.

The tenant, a woman who had previously been sleeping rough, had been housed in the flat by the McVerry Trust under its Housing First policy, which provides housing to rough sleepers or those who have been homeless for long periods.

Dr Sam Tsemberis, a clinical psychologist, developed the Housing First policy back in the early 1990s as a homeless outreach officer in New York.

The idea was to find a different path out of homelessness for significant numbers who appeared to be “stuck” in the system, he told The Irish Times. It was initially “controversial” as it reversed the traditional approach of offering housing only after someone was clean and sober.

As a rule, upwards of 80 per cent of Housing First tenancies were successful, which he said was a much higher rate than other approaches.

Where the arrangement broke down, it was usually as the property became a spot for other homeless people or rough sleepers to gather, he said. This created problems with drug use and antisocial behaviour, as seen in the recent case in Kevin Barry House.

Local residents had repeatedly complained to Dublin City Council (DCC), which owned the property, about large groups of people coming and going from the flat. For more than a year neighbours had reported problems with drug dealing, drug use, violent fights, loud parties and other antisocial behaviour.

Dr Tsemberis said in these cases, tenants feel “they can’t say no” to friends they knew from the streets, and the tenant ends up losing control of the property.

Rob Lowth, the Housing Agency’s national director for Housing First, said there was a concern the recent high-profile breakdown in Kevin Barry House could have knock-on effects. “One failure in a Housing First tenancy can have a ripple effect nationally… You’re always concerned about something like that,” he said.

‘Only show in town’

The policy had become “the only show in town” to move people who had been homeless for several years into their stable housing, he said.

While more than 700 homeless adults had been accommodated under Housing First in recent years, the Government plans to create 1,300 more tenancies over the next five years.

The properties had to be one-bed homes “scattered” within residential communities, rather than grouped together, Mr Lowth said. “If you put 30 one-bed units in one area, that would be no different to living in a hostel,” he said.

Sometimes it became clear “the community has had enough” and the tenant would be moved, usually to another flat, he said. When a placement broke down, the idea was not to punish the tenant but to work with them to look at what went wrong and do better next time.

But there was not an “indefinite” number of chances and sometimes people would be placed back into a homeless hostel for a period, he said. “We will have failures and we will learn from our failures,” he said.

One major challenge was the serious lack of one-bed housing in the country, but overall the senior official said Housing First was making a real difference: “It’s going in the right direction. The numbers don’t lie.”

Dr Ronni Greenwood, a University of Limerick academic, has spent several years crunching those numbers, which she said showed it was a “remarkable success”.

Her latest research, due to be published in the coming weeks, found from 180 tenancies studied, tenants only had to move out of the properties in 12 cases. Sometimes this was as they wanted to move to a different area or enter a residential treatment programme, she added.

Where tenancies did run into trouble, it was often as people who had been “institutionalised” in homeless hostels who had difficulty controlling who had access to the home, she said.

“Learning how to ‘manage the door’ is a really important part of the process, which can take time. You have to have the right to fail, or make bad choices with consequences and learn from our consequences,” Dr Greenwood said.

Her research showed that in the vast majority of cases, the safety and stability that came with someone having their own home turned lives around.

People started to develop ordinary, everyday routines, rebuild broken relationships with family and think about going back to education, she said. “You start to see the humanity of someone you might have walked by on a bridge two years before,” she said.

Since 2019 the Peter McVerry Trust has placed 587 homeless people into the Housing First properties. While 505 of those tenancies have worked out, in 82 cases they broke down.

The organisation has a “no eviction” policy, even in cases where there are problems with antisocial behaviour. Instead, staff work with the tenant to encourage them to surrender a tenancy voluntarily and move elsewhere for a fresh start.

So far this year, the organisation had 32 cases where tenants surrendered a property. Two thirds of those moved into a second tenancy that was working better.

Staff were visiting the flat daily but did not find the body. Gardaí believe the remains were concealed under a pile of blankets or coats, while others continued to use the property to take drugs

Since July, staff from the Peter McVerry Trust had been in discussions with the tenant in Kevin Barry House encouraging them to surrender the property.

It is understood council staff had given the woman three warnings over antisocial behaviour in the property, followed by an eviction notice.

However, while that process was under way the situation inside the flat continued to deteriorate, culminating in the dead body being discovered this month.

While usually Housing First tenants would receive a weekly visit, staff were visiting the flat daily but did not find the body. Gardaí believe the remains were concealed under a pile of blankets or coats, while others continued to use the property to take drugs.

One Kevin Barry House resident said the weeks since the death had been “absolutely awful” for neighbours. “We complained for months and it took the worst happening for us to be heard. But we’re still afraid nothing will even change”.

Four former Housing First workers in the trust who spoke to The Irish Times complained staff were often dealing with “huge caseloads” that prevented full inspections of properties.

One staff member said that at times they had more than 20 cases to support, which meant if a tenant needed daily visits they might only be “a quick check in”.

Another former worker said staff were recruited “young and straight out of college” and felt “unequipped” to deal with difficult situations involving vulnerable tenants. Two other former staff spoke about feeling “intimidated” and “uncomfortable” carrying out inspections, when they knew drugs were being used and strangers were inside the properties.

Now the Peter McVerry Trust is to conduct an internal review of the case, undertaken by deputy chief executive Brian Friel.

One neighbour said the property ‘turned into a crack den within weeks’ of the tenant moving in, but claimed Dublin City Council and the McVerry Trust ‘did nothing’ in response

Separately, the Dublin Region Homeless Executive (DRHE), which runs homeless services across the four Dublin local authorities, is also planning a review of the case.

The controversy has seen complaints from residents elsewhere over Housing First tenancies come to the fore.

Residents of in a flat complex in Rialto, Dublin 8, have claimed complaints about another chaotic Peter McVerry Trust tenancy fell on deaf ears.

For months residents had been complaining over antisocial behaviour from the tenancy. One neighbour said the property “turned into a crack den within weeks” of the tenant moving in, but claimed DCC and the trust “did nothing” in response.

“It all came to a head when there was a stabbing in the flat about four weeks ago. There was pandemonium in the block,” the resident said. Afterwards the tenant was moved, with residents now “terrified” of dealing with similar tenancies in future.

As Housing First has expanded from a trial to a nationwide policy, tensions have also frayed between homeless charities over who should manage the services.

In 2014, the Peter McVerry Trust and Focus Ireland were jointly awarded a contract by the DRHE to manage tenancies in Dublin.

When an expanded contract to run the service was advertised in 2019, the trust won the contract over Focus Ireland and two other bidders.

Even since, relations have been frosty between Peter McVerry Trust and Focus, where senior staff complain that the trust won the contract as it had offered to run the service for a lower cost, several million euro below the DRHE’s guide price for the value of the contract. In response, one senior source in the trust felt the gripe was “sour grapes”, adding the scoring criteria to win the contract was not solely based on cost.

A former senior Dublin council official said placing homeless tenants into settled residential estates could be “unfair” on the neighbours, if the tenancy became chaotic.

The former official said that overall, Housing First worked, even with the risk of the inevitable “odd breakdown”. The alternative was more people sleeping rough or spending years in homeless hostels, he said.

Officials, academics, and senior staff in homeless charities all agree Housing First has had huge “buy-in” politically, being backed and expanded by successive governments. The concern in the sector now is whether the recent controversy will dent that political support, or heighten opposition from residential communities to tenants being housed next door.