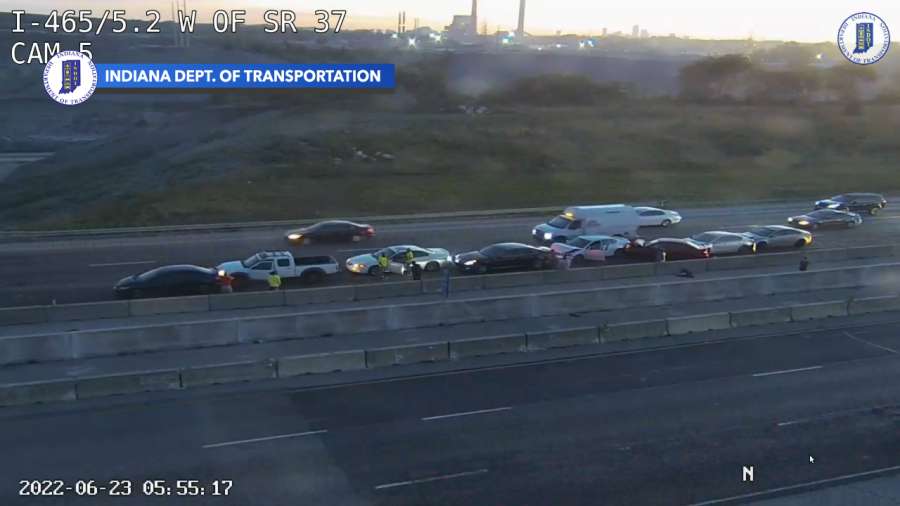 INDIANAPOLIS — A multiple vehicle crash, involving at least eight cars, is tying up traffic on westbound I-465 on Indy’s south side.

It’s caused the left two lanes to be blocked. Around 6:30 a.m., traffic was backed up for at least two miles.

One person was hurt, but their injuries are not considered life-threatening.

This story is developing and will be updated.