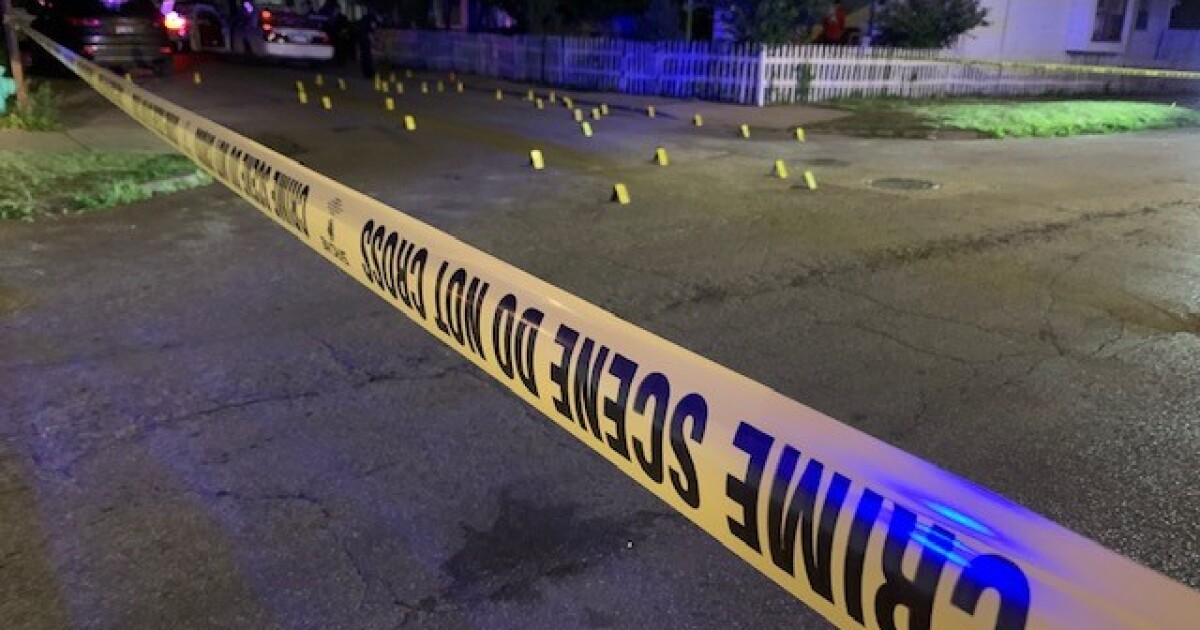 INDIANAPOLIS — Three people were wounded early Thursday in what’s believed to have been a shootout on the city’s west side.

Officers found one of the injured while responding before 1:11 a.m. to West 19th and North Dexter streets. The other two were found later after they were checked into a local hospital.

IMPD Maj. Kerry Buckner told WRTV an entire street block was the scene of a shootout. At least one house and some vehicles were hit by stray bullets.

Many bullet markers were placed in the area.

Another person suffered a fall injury while trying to run away from the gunfire, Buckner said.

Additional details have not been disclosed.

Anyone with more information may contact Crime Stoppers of Central Indian at 317-262-8477 (TIPS).